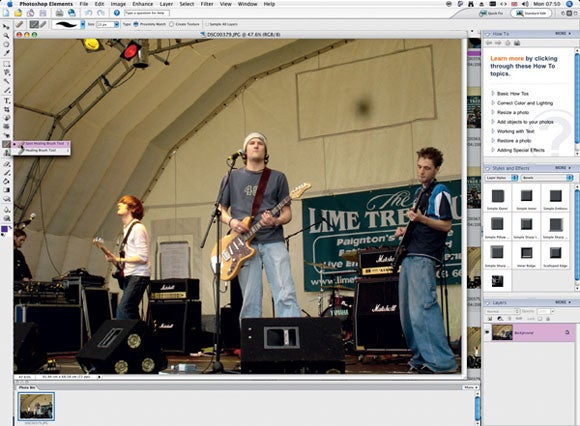 1. Healing the damage
We’re using the same camera, but it’s at a different orientation, hence the contaminant appears at top right. It’s set against a neutral backdrop, so we can use Elements’s Spot Healing Brush to fix it quickly. You’ll find  the brush in the tools on the left-hand side of the screen. 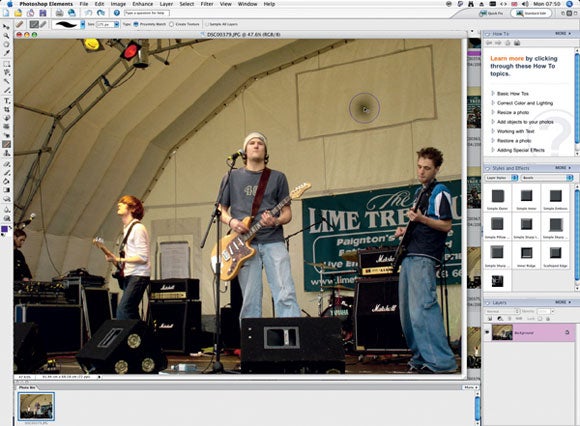 2. Targeting the speck
The Spot Healing Brush works by overwriting the area it covers with the values of surrounding pixels, which is ideal  for sorting specks against areas of relatively flat colour. Use the square bracket keys to adjust the brush’s size, then click on the offending item. 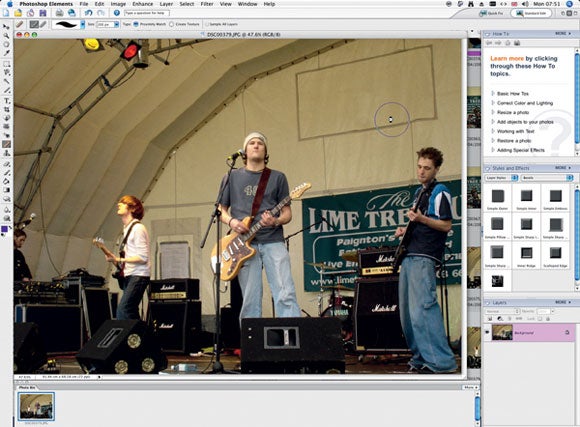 3. Cleaned up
We’ve moved the brush slightly to one side so you can see the result. Even though it was a big blob, Elements has managed to near-seamlessly obliterate it. Naturally, smaller specks are far less of a problem, especially those against a flat colour.

1. A different brush
Here, our dodgy digicam was at such an orientation that the speck has appeared over the edge of a flag. This is a trickier proposition to rectify because there’s a reasonably complex edge to deal with. Time to break out the Healing Brush Tool. 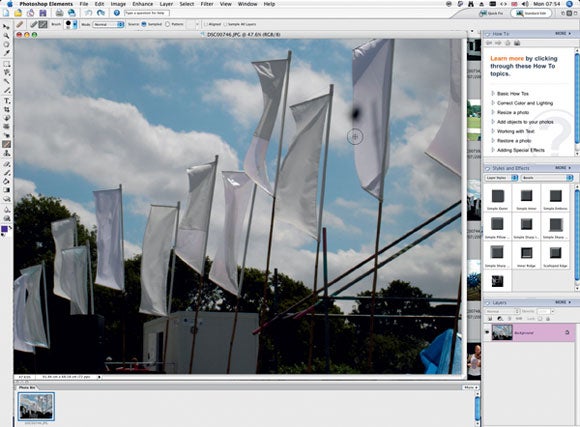 2. Choose a source
The trick is to choose a source point containing a similar pattern to that of the target area. Adjust the brush size with the square arrow keys, then position the brush – in this case, we can use a clean part of the flag a little further down.

3. Move and click
Having held down the Alt key to define a source point, move the brush over the speck and click. A segment of the image will be copied from the source point and seamlessly pasted over the target area. It can take a few goes to get it right, so be patient.