Robert Thompson doesn’t just take pretty pictures of insects purely for their aesthetic appeal. Instead, he’s one of a select breed of natural history photographers meticulously recording macro images of native wildlife as a matter of scientific record. Of course, it doesn’t do any harm that Robert’s pictures are also quite exquisite to look at. So, how did this quietly spoken 48-year-old from Northern Ireland become one of the world’s most respected natural history photographers?

‘I grew up on a large parkland estate, which was like having a huge natural history garden on your doorstep and this greatly influenced my interest in natural history,’ he explains. ‘Later on in life, while living in London I became interested in photography. The first camera I bought was a Pentax MX, which I used to take pictures of all kinds of things such as events and the usual London attractions.’

And how did things develop from there?

‘When I returned to Ireland I did a lot of survey work with various conservation agencies, mostly covering insect groups. I suppose it was a natural progression in that the more I became interested in the ecology and behaviour of insects, the more I thought it would be worth recording them photographically.

‘I had a particular interest in dragonflies, butterflies and moths and realised there wasn’t a lot of high-quality imagery of these species around, partly because they are immensely difficult to photograph. I decided I wanted to focus on recording these groups and their natural environment – it has been both a passion and a quest for me ever since.’ 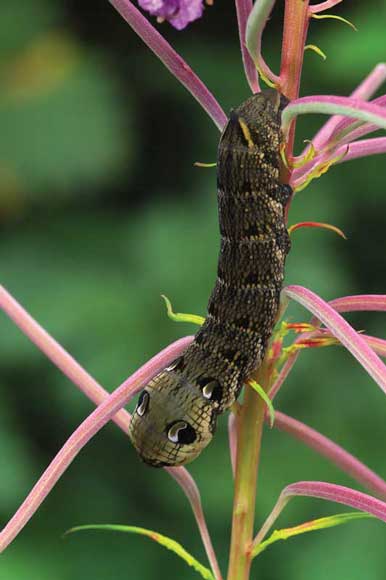 When it comes to recording exquisite, pin-sharp macro images of nature, Robert has few peers. However, as a committed natural history photographer, there is also a more serious and scientific angle to his work: ‘I have a strong background in conservation and natural history, and have authored several comprehensive books on insects and photography,’ explains Robert.

‘When I go out to take pictures I’m always looking to capture something that is not only an interesting photograph, but also something that is scientifically correct. This is important because a lot of my work is archived as scientific record, so recording things properly in their correct context is of utmost importance.’

Fortunately though, Robert isn’t required to repeatedly switch between his field journal and camera when on assignment in order to keep his notes up to date. Instead, Robert now uses the voice tag function on his D3 to record all his observations. It’s a solution he’s clearly happy with: ‘In the past it was common practice to record species information on a recording card or collect a specimen – we no longer need to do that, we can go out with a digital camera and record our observations photographically. The D3 is great in this respect because I can dictate data directly into the camera. This might include habitat details and any other field info that might be relevant, plus a six-figure grid reference of where the image was taken. The voice tag is linked to the digital image file, so it becomes a scientific record with long-term value,’ he enthuses.

In addition to accuracy and detail, authenticity is another trait that Robert takes extremely seriously. So much so, in fact, that he’s able to spot a mocked-up macro image at 10 paces:

‘I often look through magazines and see pictures that have clearly been contrived to make them more attractive,’ laments Robert. ‘Often this is done badly and is quite apparent to those who know. I’m not interested in that kind of photography – for me it’s important that all my subjects, where possible, are photographed in natural resting postures as a matter of scientific record.’