The World Press Photo 2009 exhibition is on at the Royal Festival Hall and its well worth a visit – if you've got the stomach for it.

Like most people I tend to have a bit of a moan from time to time: about the weather, late trains, bills… But after visiting this year’s World Press Photo exhibition at the Royal Festival Hall I’m reminded (again) that my life, and I suspect yours too, is significantly better than that endured by millions of people.

Every year the World Press Photo contest brings to together some of the best, and most hard hitting, photo-journalism from around the world. Some of it is too shocking to ever make it into the newspapers, but you can see it blown up to poster size at the annual exhibition of winners which, for the last few years, has been held at the RFH on London’s South Bank. Since the venue is only about a 15 minute stroll along the river from the WDC offices, we usually make a group pilgrimage to see it. This year’s crop is no less powerful than usual. All the main conflicts and disasters are represented, of course, along with big sporting events such the Beijing Olympics.

You’d expect events like the conflagration in Georgia and the Chinese earthquake to produce some powerful imagery, and the winning series by US photographer Anthony Suau (example above) about the effects of the global meltdown on ordinary people is as arresting as it is topical. But some of the most shocking pictures for me told smaller scale, less familiar stories. One from El Salvador, for example, depicted a stationary school bus full of children all looking down at the body of a young woman – the mother of two of the children at the school – lying dead in the street in a pool of blood, murdered by a street gang.

So many stories are of homelessness and hardship, the complete breakdown of communities, and their subsequent descent into squalour, degradation, prostitution, drugs and crime that it’s difficult to come away from the exhibition feeling anything other than profoundly pessimistic about the future prospects for mankind.

But it isn’t all doom and gloom. There are some great portraits and sports images, and plenty of humour on display too. Two of my favourite sets are Carlo Gianferro’s environmental portraits of affluent Roma in their flamboyantly decorated Romanian and Moldovan homes, and Vincent Laforet’s hilarious tightly cropped shops of Olympic divers gurning their way off the 10-metre platform.

If you get the opportunity, do pop along to the Royal Festival Hall and see the images for yourself. It’s on till next Sunday, the 13th December. If you can’t make it there’s also a book available from the website at http://www.worldpressphoto.org where you can also see all the photos from this year’s competition, as well as previous contests. 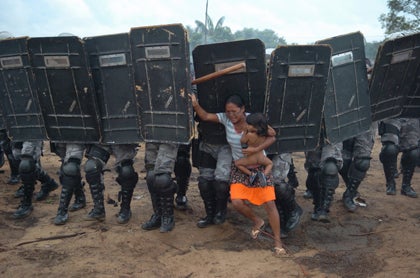 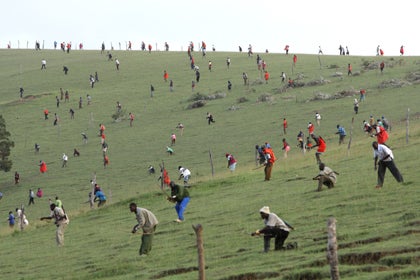 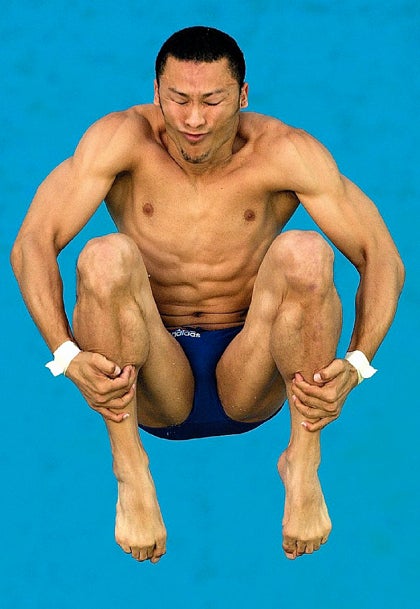