Photography is a constant battle with clarity-sapping motion. Many subjects move all the time, or unexpectedly, as can the camera – just at the wrong moment. You view the thumbnail image and wonder at the apparent brilliance of your composition and the superb subject matter, only to find motion blur has robbed you of any hope of making a decent print.

A sturdy tripod or fast shutter speed may be the solution in some cases, but for those times when you’re travelling light or there just isn’t enough of that different kind of ‘light’, your camera needs some help from high technology; that’s when image stabilisation could be your saviour. But just what is image stabilisation and how does it work? 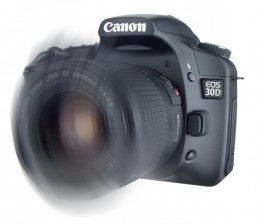 There are three main categories of IS relevant to digital still cameras: Optical Image Stabilisation (OIS), Moving sensor Image Stabilisation, and Electronic Image Stabilisation (EIS). OIS compensates for unwanted movement of the camera and lens by shifting, in real-time, part of the lens optics that project the image onto the camera’s image sensor. This optical shifting, if successful, actually keeps the position of the image projected onto the sensor stationary, despite the movement of the camera.
Specially designed camera lenses incorporate a single lens element or group that is electronically controlled by a feedback loop linked to gyroscopic motion sensors. If the sensors detect movement in a certain direction, the system will move the OIS optic inside the lens in a direction that will compensate, keeping the projected image as steady as possible. Only a small part of the overall lens optics is manipulated like this and it’s not usually visible to the naked eye. However, you may be able to hear the system operating.

OIS is featured in both interchangeable lenses and cameras with fixed lenses. Originally developed for video cameras, OIS is now implemented by an increasing number of manufacturers in selected camera models and lenses, including some relatively inexpensive cameras. Panasonic, for example, is notable in now offering its Mega OIS in its entire Lumix still digital camera line-up.

Our tests show that OIS can work extremely well, but there are some technical compromises. OIS works by temporarily altering the optical path in the lens. Critics suggest that this introduces varying degrees of optical imperfection as the system operates. Manufacturers certainly conceded that OIS should only be used when it is needed and offer various operational modes to limit the action OIS takes according to the kind of picture being taken.

Cameras that provide a live view of the image capture stream from the sensor demonstrate the visual effect of increased steadiness of the picture as OIS works. However, our tests tend to confirm advice that it’s best to sacrifice the visual comfort if watching OIS in action and to set the OIS mode to work only when the picture is taken. The theory is that constant OIS is more likely to be caught with the OIS-manipulated optic being extremely off-axis when the shutter opens. The further off-axis the correcting lens is, the greater chance there is of optical aberrations being recorded or even the failure of the system as the limit of the correction is reached too soon. On Panasonic cameras, for example, Mode 1 OIS is the constant operation mode and Mode 2 only activates the system as the shutter opens. The latter is recommended for normal use.