Both the Canon PowerShot G10 and Panasonic Lumix LX3 have mild quirks with regards to exposure, with those of the Canon slightly more to the detriment of the look and feel of the images. Panasonic’s LX3 has a tendency to underexpose, but only to the slightest degree and, if anything, the underexposure helps general tone of the image. On the other hand, Canon’s G10 more often than not errs on the side of overexposure – the images h ave a slightly washed-out feel, lacking real tone and contrast. While this is easy to correct with a slight curves adjustment in post-processing, it must be said that images from the LX3 are more usable straight from camera. 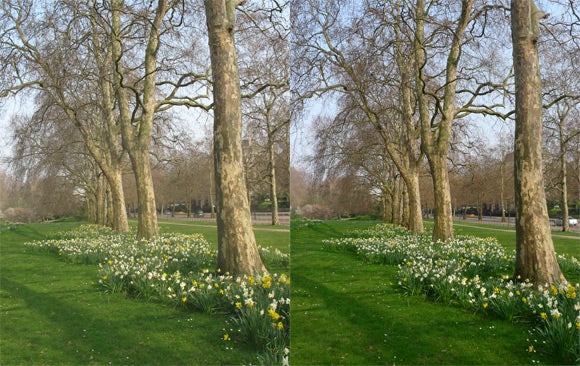 Panasonic’s LX3 (right) has a tendency to underexpose, but not to the detriment of image’s tone. Click on the image above for more sample shots taken with the LX3 and G10

One area that both the LX3 and G10 excel in is the accuracy and reliability of white balance. In most shooting conditions, both models offer accurate results with very little variation from shot to shot. If anything, images captured on the G10 appear a little warmer, though this is due more to the propensity of the G10 to display saturated colours.

Considering the fact that the G10 possesses over 4MP more than the LX3, the pair display a very similar amount of detail when closely examined, and certainly enough so as to be noticeable unless images are to be excessively enlarged. 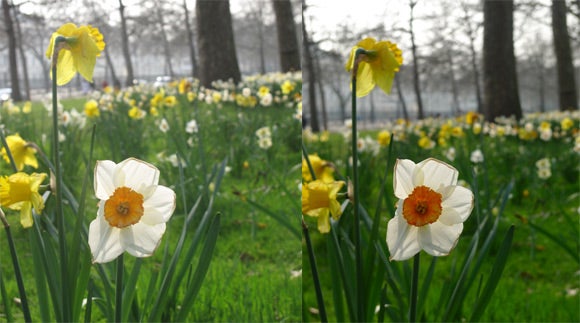 Canon’s G10 (left) displays marginally more detail thanks to the extra four megapixels. Click on the image above for more sample shots taken with the LX3 and G10

Both the G10 and the LX3 handle noise well, but display noticeable differences in the way in which they process it at high-ISO settings. At lower ISO settings, say up to ISO 400, both cameras handle noise well, though it’s fair to say that the LX3 is the ‘noisier’ of the pair. At ISO 800 and 1600, again the LX3 is best described as the nosiest of the two, but what is noticeable is that the noise reduction of the G10 is pretty aggressive, especially at ISO 1600 where the drop off in both detail and colour accuracy is particularly noticeable.