£999.00
When we reviewed the Sony Alpha A77 back in 2011, we were impressed with the combination of a class-leading specification, ultra-fast performance and intuitive operation.

The scene looked well set for Sony to mount a serious challenge to the APS-C DSLR heavyweights for years to come.

However, it has been some two years since Sony has released an A-mount DSLR (or SLT) camera, and as such some have questioned whether or not the manufacturer was committed to the sector or the market, or were instead focusing solely on the compact and CSC market.

That question has been emphatically answered with the launch of the Sony Alpha A77 Mark II. The model is touted by Sony as being the ‘King of APS-C’, and delivers a range of enhancements on its predecessor.

These include the addition of Wi-fi connectivity, a redesigned AF set-up and the claim of much improved image quality.

So, how do these claims stack up and is the A77 II a triumphant return to the A mount for Sony? 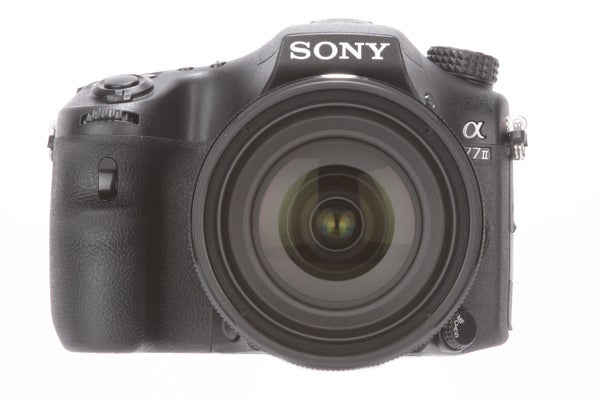 One of the major areas of development on the Alpha 77 II is the camera’s autofocus system.

The model features a newly-developed phase detection AF set-up complete with a centre-weighted algorithm which, Sony claims, will aid the model’s ability to track moving subject in the frame.

This is further added to by the presence of a truly impressive 79-point AF set-up, giving the photographer the flexibility they’d need to get accurate focus throughout the frame.

As with its predecessor, the A77 II is capable of shooting at 12fps, although it does feature a much larger buffer.

As a result, the Alpha 77 II is capable of shooting at 12fps for a duration 25 consecutive Raw and JPEG files in comparison to its predecessors limit of 11 frames.

If you’re happy with JPEG files alone then the buffer depth is extended to around 64 images, in comparison to just 18 on the model’s predecessor. 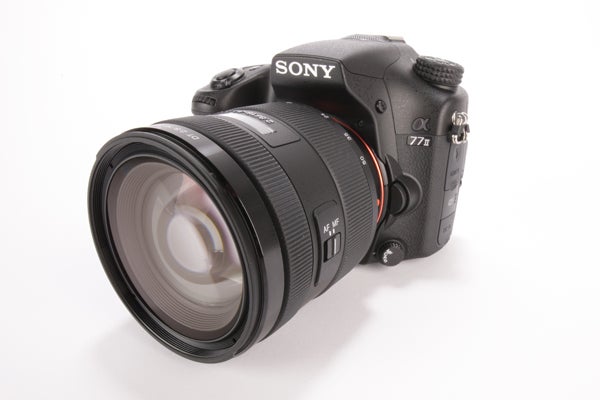 These boosts in the cameras performance with regards to buffer speed are largely made possible thanks to the utilisation of Sony’s latest Bionz X processor. Other benefits of the new processor include better image quality through improved noise reduction and better JPEG sharpening, as well as diffraction reduction technology.

In terms of the core imaging spec the A77 II utilises a 24.3MP APS-C CMOS sensor, the same resolution as was seen on the camera’s predecessor.

Connectivity is another interesting area on the Sony Alpha 77 Mark II. Unlike A77 the A77 II doesn’t feature built-in GPS, although its connectivity far surpasses that of its predecessor.

The A77 II now features both Wi-fi and NFC connectivity thus allowing it to be connected to either a smartphone or tablet – on both Android and iOS operating system – through the Sony PlayMemories app.

The great thing about the Sony PlayMemories app is that it allows for the functionality of the camera to be extended through add-on application such as the timelapse and sequence shots apps. 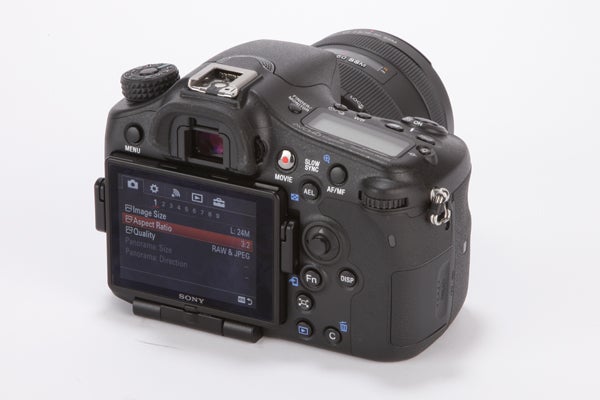 In terms of image shooting and review, the Alpha 77 Mark II features an LCD screen similarly specified to its predecessor. The LCD measures in at 3in and features the same three-way tilting system allowing for it to be viewed at a range of angles.

As you might expect three years down the line, the LCD screen itself has a much higher resolution than before, and is now a class-leading 1.23-million dot unit.

The impressive LCD screen is accompanied once again by an EVF, as is characteristic of Sony’s SLT range.

The EVF found on the A77 II is, much like the LCD screen, one of the more impressive examples on the market. It allows for 100% coverage and features a 2.3-million dot resolution.