Nikon has announced its first DX-format DSLR in 2013 – the Nikon D7100. Following on from the popular D7000, this long rumoured model arrives two years down the line and features a number of developments and improvements to separate it apart from its predecessor. 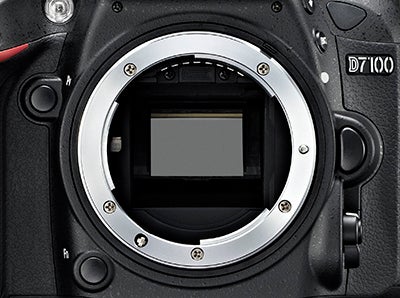 Interestingly, Nikon has opted against the idea of fitting the Nikon D7100 with an optical low-pass filter, much like they’ve done previously with the Nikon D800E. By foregoing the optical low pass filter (OLPF), Nikon say the Nikon D7100 can make better use of its megapixels for impressive high resolution, with the benefits outweighing the negatives. 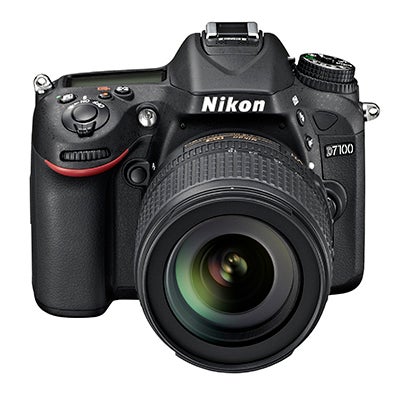 The DX-format CMOS sensor is designed to work in unison with Nikon’s EXPEED 3 image processor – a combination that contributes to an ISO range of 100-6400, which is expandable to an ISO equivalent of 25,600 in the Hi2 setting.

A new 1.3x crop function also opens many new possibilities for photographers. It enables the camera to shoot at a maximum continuous speed of 7fps, which works out at 1fps faster than the Nikon D7000. When the crop mode isn’t used, the Nikon D7100 can shoot full resolution images at 6fps, but when it is it also allows full HD movies to be recorded at 50i.

One feature the Nikon D7100 doesn’t offer for moviemakers is audio monitoring, however, there is an inbuilt mic port for attaching an external microphone and there’s 30p,25p and 24p frame rates to choose from. When the 1.3x crop function is used for shooting
stills, the resolution drops from 24.1MP to 15.1MP. 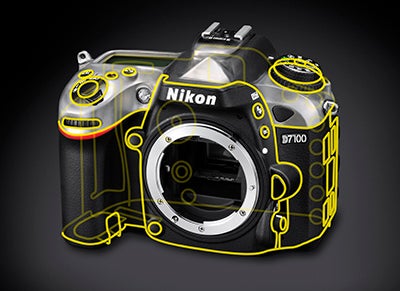 A technical image of the Nikon D7100’s design.

Another big improvement is the Nikon D7100’s AF system. It uses Nikon’s MultiCam 3500DX autofocus module, which offers 51 autofocus points, 15 of which are the cross-type in the central area of the frame. Nikon claim the AF detection is now faster, plus autofocus operation is possible under a combined aperture value of f/8, meaning more combinations of lenses and teleconverters can be used.

For metering the Nikon D7100 uses the tried and tested 2016-pixel metering sensor as seen before on other Nikon DSLRs such as the full-frame D600. The optical viewfinder offers 100% coverage and just below this lies a new 3.2inch screen, which boasts an impressive 1229k-dot resolution. Another new development at the rear of the camera is the inclusion of a new ‘i’ function button. Used as a means of gaining access to the most frequently used functions, it’s located at the bottom left of the body, below the zoom out playback button.

Constructed so that it’s rugged and lightweight, the Nikon D7100 features
magnesium alloy top and rear covers to give it a durable feel in the hand.
Weighing 675g, the camera is sealed to combat moisture and dust creeping in to
the internals and Nikon say the shutter has been rigorously tested for 150,000
shutter cycles under demanding conditions. 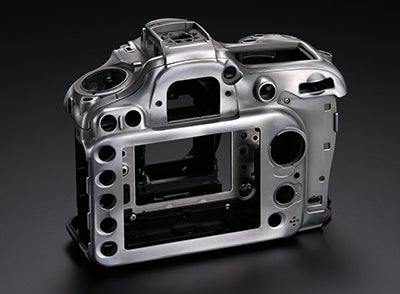 At the side of the body there’s a dual SD card slot. This allows users to save JPEGS files to one card and RAW files to the other. Alternatively, there’s the option to record still images and movie clips to separate memory cards if you’d prefer. 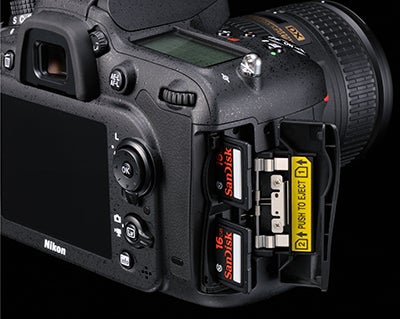 Although there’s no built-in Wi-fi capability, the Nikon D7100 is compatible with Nikon’s WU-1a mobile adapter – a small accessory that enables images to be transmitted to Apple or Android smart devices such as smart phones or tablets. This additional extra costs £49.

Battery wise, the Nikon D7100 uses the same battery as the Nikon D7000, however, a new battery grip has been produced for camera – the MB-D15. This costs £279 and is made from magnesium alloy to match the same build quality of the camera. 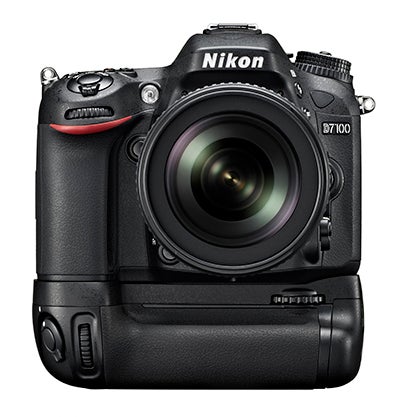 At the same time as launching the Nikon D7100, Nikon also released the WR-1 wireless remote transceiver. The WR-1 features a dot matrix display and a score of advanced features that enable the user to take control of most of the shooting operations – from simple remote shutter release to complex, multi-camera set-ups as well as possibility to check and change camera settings when mounted on the Nikon D7100. Various shooting scenarios can be pre-programmed, including simultaneous shooting, interval timer photography as well as customised shutter release delay. The WR-1 is expected to cost £649. 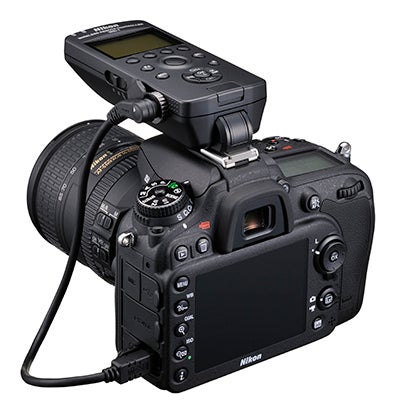 The new WR-1 wireless remote transceiver features a range of operation up to 120 meters.