On first glance, the 6D shares a similar appearance to the 5D Mark III when it’s viewed head on. Take a closer inspection though and you’ll notice a few subtle differences. The handgrip isn’t quite as chunky and its leaner physique makes it noticeably lighter in the hand. The rubberised material that’s used to give the handgrip a tactile feel doesn’t stretch all the way past the SD card slot at the side of the body, but the layout of the top plate is clear, with independent buttons to control AF mode, drive mode, metering modes and ISO.

There’s no dedicated button however to select exposure compensation. Instead, you take direct control of it using the command dial at the rear. Although we didn’t experience any issues during our testing, there is a potential risk of accidentally knocking the scroll dial and changing the exposure so it’s worth bearing this in mind. 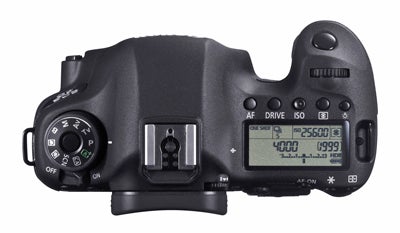 At the rear there’s a uncluttered layout of buttons. Rather than adopting an arrangement that’s alike to the 5D Mark III and 7D, the 6D shares similarities to the rear of the 60D. Playback and zoom buttons are found to the right of the screen instead of the left, and the menu and info buttons are positioned at the top corner beneath the on/off switch and mode dial. Those who are familiar with having independent zoom buttons at the corner of the body will also need to adapt to the 6D’s method of zooming in and out of images in playback mode. You’ll find you’re required to hit the zoom button first before using the scroll dial on the top plate to zoom in. Alternatively, if you scroll in the opposite direction there’s the option to view thumbnails of all the images on the memory card. Personally, we found the previous method of zooming in and analysing image sharpness more intuitive, yet others say they prefer the way it’s setup now. 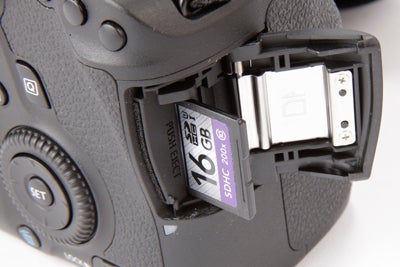 At the rear you’ll also find a thumb switch to quickly change between stills and video, with a button to start and stop movie recording. To the right you’ll find the 6D is without a jog dial. The jog dial on the 5D Mark III and 7D was great for repositioning the AF point very quickly and instead you’re reliant on the four-way controller that’s located within the circumference of the scroll dial. Just like the jog dial had a secondary purpose for navigating the main menu, you’ll find you can also do this on the 6D by using the four-way controller. While we’re on the subject of the menu there are no fewer than 15 menu headings along the top, which are colour coded into constitute groups. It’s a menu system that’s quick to navigate and easy to learn, it’s just a different variation of having sub menus beneath fewer menu headings. 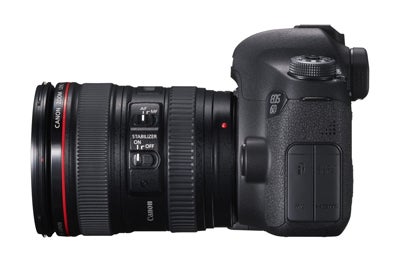 Those upgrading from the 60D will feel right at home with how the 6D feels in the hand. It weighs 770g (body only), which is equivalent to 15g more. It feels robust thanks to the magnesium alloy panels which are used at the front and rear, and just to reiterate the point of the 6D being designed for those that like to travel, it’s dust and drip proof but not to the same weather sealing standards as the 5D Mark III.