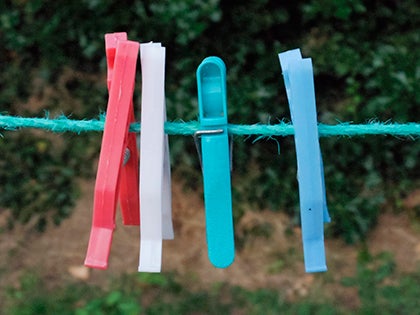 Pentax has been making cameras for a very long time, and certainly knows a thing or two about colour and metering. The Q7’s default image processing produces very natural tones, accurately reproducing the scene even in questionable lighting. Auto white balance coped well with late evening shade, which can make some cameras produce a blue tint, while in bright sunlight colours were rich and vibrant.

The addition of the Q7’s various colour processing modes, particularly the “Vibrant” option, really brightened up the scene on a dull day, producing very vivid colours.

Exposure metering was also generally accurate in good light, as one might expect. The new larger sensor also seems to have improved the camera’s low light ability, and it now focuses and meters accurately even in very dim lighting. Dynamic range is also greatly improved over the Q and Q10.

In high contrast situations the metering seems to favour shadow detail over highlights, which can cause a few problems with burned-out skies on some shots, but for extreme situations the Q7 does have an in-camera HDR setting.

Obviously the Pentax Q7 isn’t going to compete with cameras sporting APS-C sensors and resolutions of more than 20 megapixels, but for a 12.4MP camera with a small sensor it does surprisingly well on fine detail. Unlike a lot of cameras the Q7 has no anti-aliasing filter, which undoubtedly helps, and it certainly compares favourably with most high-end compacts which also have 1/1.7in sensors, such as the Panasonic LX7 or Samsung EX2F.

It’s also a lot better than the Pentax Q or Q10, as one might expect. We’d very much like to try the Q7 with the 8.5mm f/1.9 prime lens, which might prove to be even better.

Image noise was a major problem for the original Pentax Q, and is also the Achilles Heel of the Q7’s major rival the Nikon 1 J3. Fortunately the Q7 acquits itself well in this department, producing virtually noise-free images at 1600 ISO, and shots that are at least usable at 3200.

At 6400 ISO things do start to fall apart a bit, with a lot of detail being scrubbed away by the noise reduction, but at least exposure and colour balance remain consistent. The maximum is 12,800 ISO, and at this setting the image quality is pretty poor, but it is a full-frame shot. Again we’d compare it to a high-end compact such as the Panasonic LX7, which it beats quite handily in this test.

Our test sample of the Q7 arrived with the Q 02 5-15mm f/2.8-4.5 ED AL [IF] kit lens, one of only two zoom lenses so far available in the Q system range. As kit lenses in general go it’s about average, although as the usually excellent Pentax kit lenses go it’s a bit below average.

One only has to compare raw shots with their JPEG paired counterparts to see how much wide-angle distortion the processor has to correct. That being said however, its edge-to-edge sharpness is consistently good at all focal lengths and most aperture settings.

There’s a bit of corner softness and just a hint of chromatic aberration in the corners at f/8, but that’s about it. The optical distortion is also greatly reduced at telephoto lengths.