Externally the Panasonic Lumix GF6 is bigger than its predecessor and quite a bit heavier at 323 grams, compared with the GF5’s 267 grams. Part of the reason for the extra size is the inclusion of a vari-angle LCD screen. However, unlike the tilt and swivel screen of the Lumix G5 and Lumix GH3 which pivots from the side, the Panasonic Lumix GF6’s screen employs a horizontal cantilever design that enables the screen to tilt upwards 180 degrees so that it’s forward facing, to enable self portraits. The screen itself remains a touch screen like its predecessors, but with 1040k dots it’s of a higher resolution than before.

Another major change is the inclusion of a mode dial on the top plate, bringing the Panasonic Lumix GF6 into line with the rest of Panasonic’s Micro Four Thirds range in allowing modes to be input directly rather than by using the touch screen only. The dial itself is a pleasing metal construction that’s reassuringly stiff enough to avoid being knocked accidentally. 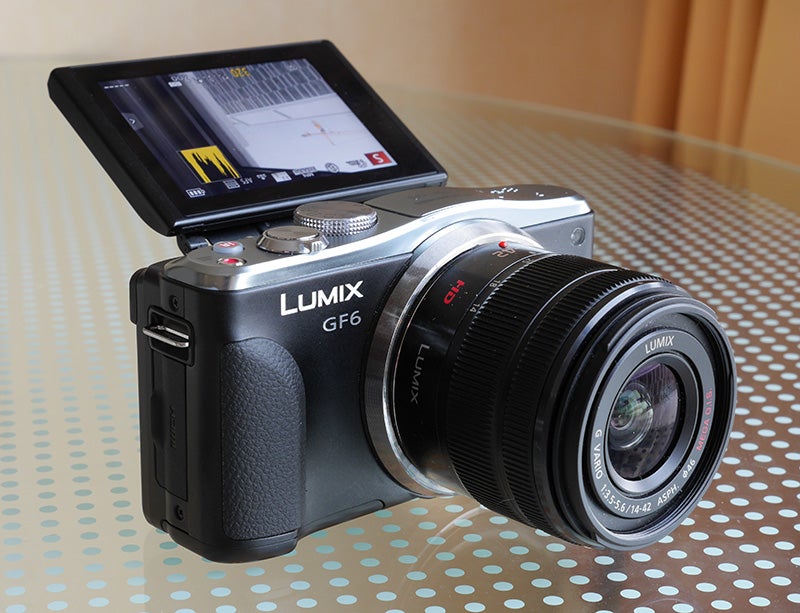 Also new to the GF series is the addition of the Wi-fi connectivity similar to that found on Panasonic’s top of the range Lumix GH3. This enables not only images to be transferred from the camera to a smart phone or tablet – via the free Lumix Link app (iOS and Android) – but also for the camera to be monitored and fired from a smartphone. In addition to the Wi-fi the Panasonic Lumix GF6 incorporates NFC technology, making it not only the first interchangeable lens Lumix with this feature but the only one in the world apart from the recently launched Samsung NX300.

NFC (or Near Field Communication) enables image transfer by simply touching the Panasonic Lumix GF6 against an NFC enabled smartphone or tablet. NFC is built in to most new Android smartphones, and it is rumoured that Apple will also be incorporate it into the next generation of iPhone.

The Panasonic Lumix GF6 also features an extended selection of 19 Creative Control’ features, up from 14 on the GF5. New modes include Creative Panorama, Stop Motion Animation and a clever Clear Retouch feature which enables the user to remove unwanted obstructions such as people from the background of a picture simply by drawing over them on the LCD monitor using a fingertip. These are in addition to existing favourites from the GF5 including Retro, Cross Process, Miniature Effect, Toy Effect and One Point Colour. 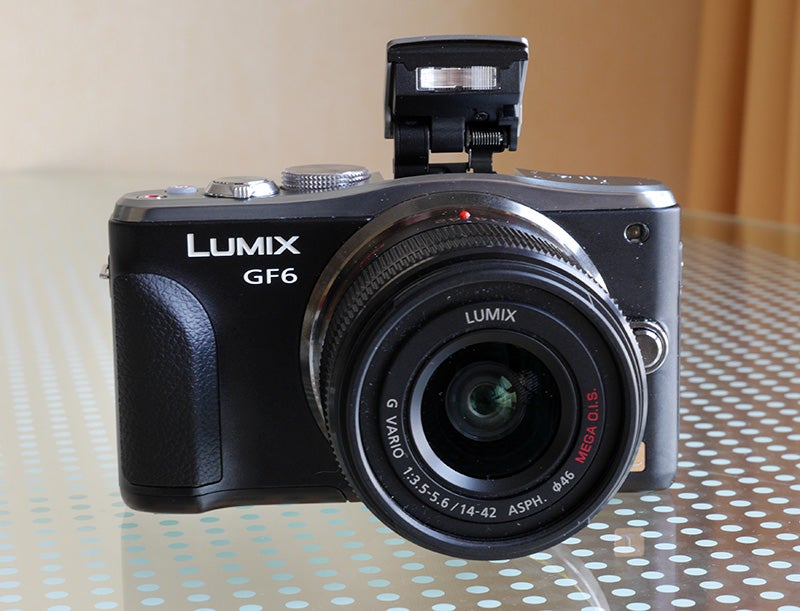 Other features retained from the Panasonic GF5 include Full area Touch AF and Touch AE, which enables focusing and exposure on any point on the screen by touching it, as well as the option to simultaneously trigger the shutter using the touch screen, Intelligent Scene Control which now includes a Food Recognition mode, and Intelligent Auto.

The Panasonic Lumix GF6 will be bundled with a new 14-42mm kit zoom which is significantly smaller than the existing version, but the same f/3.5-5.6 maximum aperture. It will be available in the UK from the end of April, at a cost of £499 with the new kit lens, or as a twin lens kit with the addition of the 45-150mm zoom, for £649.

Watch our hands on video preview of the Panasonic Lumix GF6: