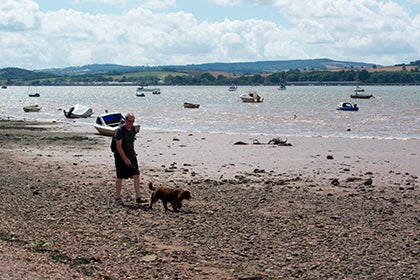 With most of its rivals using these larger sensor formats the J3 is starting off at a disadvantage in terms of image quality. A smaller sensor means smaller photocells, which potentially means less dynamic range, less colour depth and increased high-ISO noise. Unfortunately the J3 has hit all three of these stumbling blocks.

Colour reproduction is a function of the light-gathering ability of the sensor and the accuracy of the metering system and the quality of the image processing, which unfortunately means that the J3 is starting off with a couple of disadvantages. It’s interesting to compare the raw and JPEG versions of the same image; the raw version will have massively over-saturated reds and under-saturated blues and greens, while white and bright yellow highlights are badly over-exposed.

After the image processor has finished turning them into JPEGs, the reds are under-saturated, the greens and blues are just about right, while the burned-out highlights are of course unchanged. The results look like the kind of output we’d expect to see from a mid-range compact camera, not a £500 CSC like the J3. Colours lack depth and highlight detail is lost.

As for the white balance, the automatic setting was, as one might expect, perfectly fine in bright daylight, but did have a tendency toward the cooler end of the temperature range in lower light conditions. Of the various pre-set settings, the only one we had time to test properly was the incandescent setting, which proved to be very accurate.

Exposure metering is generally accurate and reliable in normal daylight, but the small sensor does reduce dynamic range, so in high-contrast conditions the exposure system struggles to avoid featureless shadows and burned-out highlights, and unfortunately it frequently fails to do so.

In very low light conditions the metering often fails completely, producing badly under-exposed shots, and worryingly it often fails to trigger the flash in auto mode. Again, the J3 copes well with everyday situations, but is out of its depth in more challenging conditions, reinforcing the impression that it is really just a glorified compact.

In terms of final resolution the J3’s 14.2-megapixel sensor is obviously a big improvement over the 10MP sensor found in the earlier models in the range, but it’s still lagging some way behind most of its immediate rivals, such as the 20-megapixel APS-C-powered Samsung NX cameras. Nonetheless it produces a fair level of fine detail and the image processing makes the best of it, carefully avoiding the over-sharpening found in several rival cameras.

Finally we come to the nub of the issue. We’ve tried out a lot of very good cameras recently, and become accustomed to seeing usable images produced at very high ISO settings, so it comes as a bit of a shock when a camera suddenly does the exact opposite.

In our standard series of ISO test shots the J3 was only really doing its best work at the lowest settings of 160 and 200 ISO. There were hints of colour distortion already appearing at 400 ISO, and noise got progressively more noticeable. Nikon has wisely limited the J3 to a maximum of just 6400 ISO, and at that setting noise is very visible, with blotchy colour reproduction and a loss of fine detail. This is unfortunately the price one pays for a small-format sensor.

The Nikon 1 J3 is supplied as a kit with a colour-co-ordinated 10-30mm f/3.5-5.6 standard zoom lens, equivalent to roughly 28-80mm on a 35mm camera. Like a lot of CSC kit lenses it is retractable, and has to be extended in order to shoot.

As kit lenses go it’s not really one of the better ones; it suffers from significant corner blurring which seems to be worse at narrower apertures, and a comparison of raw and JPEG images shows that the camera’s processor is correcting a fair amount of optical distortion including some chromatic aberration.