£1,049.00
In a market of falling compact camera sales, Sony has found great success with its RX range in recent times.

The series has looked to combine advanced technology in high-end bodies with a view towards offering a premium alternative to standard compact cameras. Recent examples of this include the RX100 II – a premium compact with a 1in sensor – as well as the RX1 – a compact which featured the combination of a 24.3MP full frame sensor and 35mm f/2.8 Carl Zeiss lens.

The Sony Cyber-shot RX10 takes this approach and applies it to the bridge camera market. The model features the same 1in sensor as the RX100 II, combined with a Carl Zeiss 24-200mm lens with a fixed maximum aperture of f/2.8.

All of this technology comes at a price premium, and at over £1000 at launch the RX10 is one of the most expensive ever bridge camera. Can it justify this cost? Read on to find out… 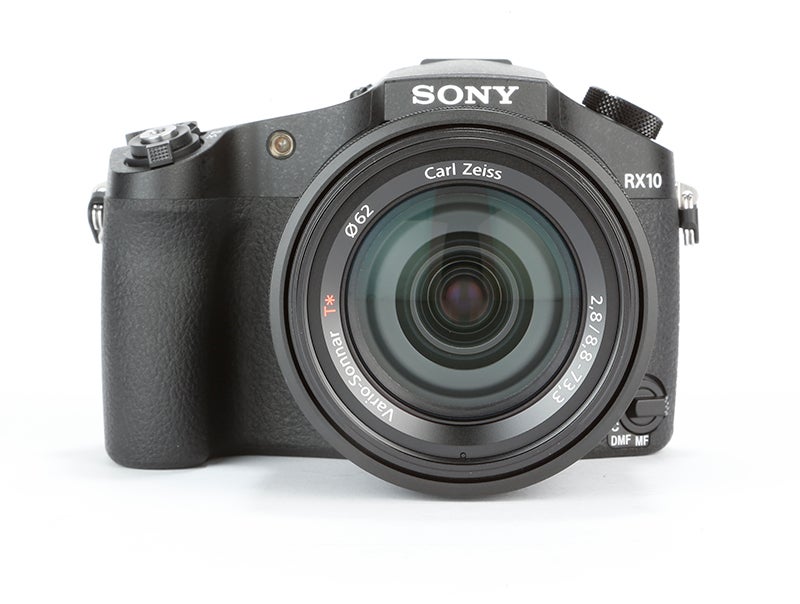 One of the core features of the RX10, and one which signifies it as very much a bridge camera, is the lens. Although it’s not the longest zoom on the market, the 8.3x optical zoom still covers an equivalent focal range of 24-200mm in 35mm equivalent terms. Furthermore, the RX10 features a maximum aperture of f/2.8 that remains consistent throughout the range.

The lens also continues the premium feel of the RX10, owing to the fact that it’s a Carl Zeiss Vario-Sonnar T* optic, while it also benefits from Sony’s SteadyShot technology.

As mentioned previously, at the core of the Sony RX10 sits the same 1in, 20.2MP back-illuminated Exmor R CMOS sensor as seen before in the Sony RX100 II. This sensor is larger than those traditionally used in bridge cameras, and as a result it should deliver a better dynamic range and noise control than competing models.

The premium specification is further signified by some seriously impressive LCD and EVF technology.

The viewfinder itself is the same as that on the recently released premium Sony A7 CSC, and as we remarked upon in our review of that camera it offers a crisp display, impressive dynamic range and refresh rate that means there’s hardly any lag. 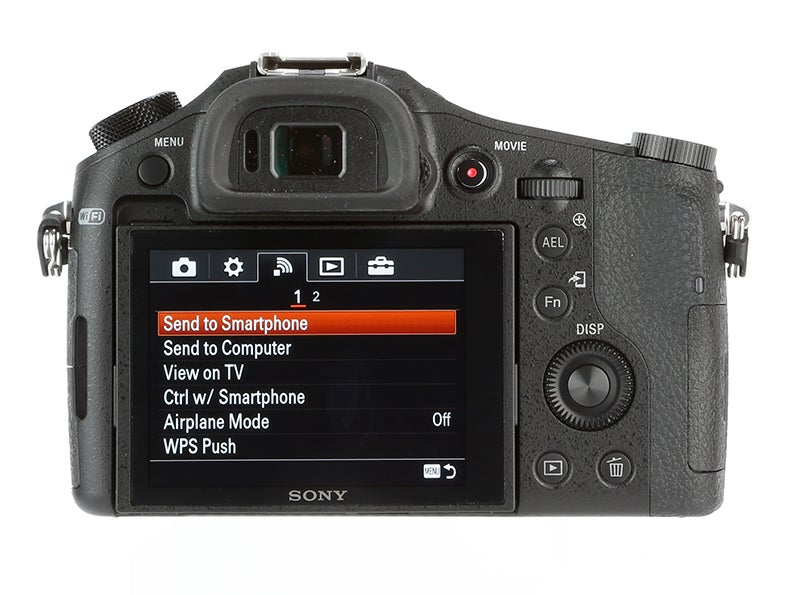 The LCD screen, meanwhile, measures in at 3in and features a class-leading resolution of 1.229m-dots. Furthermore, the LCD is of the vari-angle variety meaning it can be viewed around a horizontal axis should the need arise, while it also features RGBW construction – this means a white pixel is placed alongside the standard red, green and blue pixels thus making it brighter than normal LCD screens.

As you’d expect from a camera in Sony’s RX series, the RX10 offers Wi-fi and NFC connectivity, facilitating the wireless transfer of images between the camera and any similarly-enabled smartphone or tablet.

The Sony RX10 sports the manufacturer’s new BIONZ X processor which enables a continuous shooting speed of up to 10fps if you’re prepared to sacrifice continuous AF, although this does drop to around 4fps if you require the camera to keep focusing during shooting.

The processor and sensor combination facilitates an ISO range of between ISO 80 and 12,800, although this can be expanded to ISO 25,600 in Auto shooting mode.