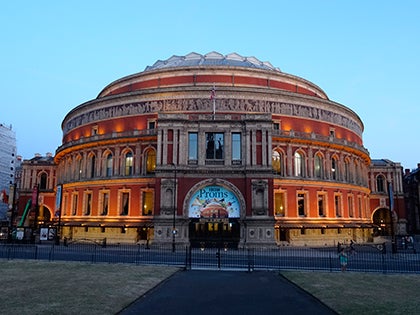 Looking at the overall picture quality, the Sony HX50 does fairly well, but only when compared to point-and-shoot compacts. If you start comparing it to the kind of high-spec advanced compacts that it would clearly like to be, it falls down rather hard. It has a tiny overcrowded sensor, and suffers from all of the problems which that inevitably brings.

Sony’s colour processing has always been very good, and the HX50 is no exception. Colour reproduction in good light is pretty much perfect, with nice even gradation of tone, good saturation even on very light colours and very good contrast. Automatic white balance is accurate and copes well with unusual lighting such as sodium street lights. The manual pre-sets are also accurate, with three different fluorescent light settings that cope well with modern compact fluorescent bulbs, and a handy one-touch manual setting.

As was noted earlier, the exposure metering system can sometimes lag behind the autofocus system, and as a result some shots snapped in a hurry can be poorly exposed. However as long as you give it a second to adjust itself, the exposure metering in normal lighting is impeccable. It also copes well in most common lighting situations, such as shooting into the sun, or very bright reflections on glass.

The dynamic range isn’t exactly brilliant, but it is somewhat better than expected, thanks no doubt to some clever processing, but even in very high contrast situations it does retain a decent amount of shadow detail.

With a maximum image size of 5184 x 3888 (20.15 megapixels) the HX50 should be capable of recording a huge amount of detail, but in fact its ability to do so is limited by its JPEG processing. Close examination of the images shows a lot of processing artefacts even on very low ISO shots, as well as JPEG compression artefacts around high-contrast edges.

Images look great at a distance, but as soon as you get up close you notice fuzzy details, colour bleed into white areas, colour interpolation errors and more. There’s really not much point in having a 20MP sensor if it produces less detail than a 12MP sensor with better processing.

Small overcrowded sensors have three main problems; lousy dynamic range, poor colour saturation and high-ISO image noise. The HX50 has managed to dodge most of the bullets from the first two, but it can’t avoid that last one. The ISO settings range from 80 to 12,800. At the lowest setting the picture quality is pretty good, as one might expect, but as the sensitivity is increased the images start to look more and more over-processed, with a steady decline in fine detail.

There’s no real cut-off point, but by 1,600 ISO most fine detail has been lost, there is distinct banding in tone gradations. There’s no real noise as such, but the heavy noise reduction does mean that the images look more like approximations.

At 6,400 and 12,800 ISO the noise reduction reaches its limit and heavy granular noise does become apparent.