Samsung’s WB750 is stylish compact with a superb 18x optical wide-angle zoom lens and it replaces the previous WB700 model. The WB750 retains its predecessor’s compact dimensions making it eminently pocketable. Here, we put it through its What Digital Camera paces to find out if it's any good.

The front of the camera has a sculpted and stippled handgrip, this proved up to the task but wearing gloves less so. The flash and supplementary LED AF lamp sits rather too close to your fingers (when shooting) as they are positioned just below the shutter release and lens zoom control on the top plate.

The latter also houses a neat control dial for selecting the shooting modes; the on/off button sits here too as do the stereo microphones and a small speaker. 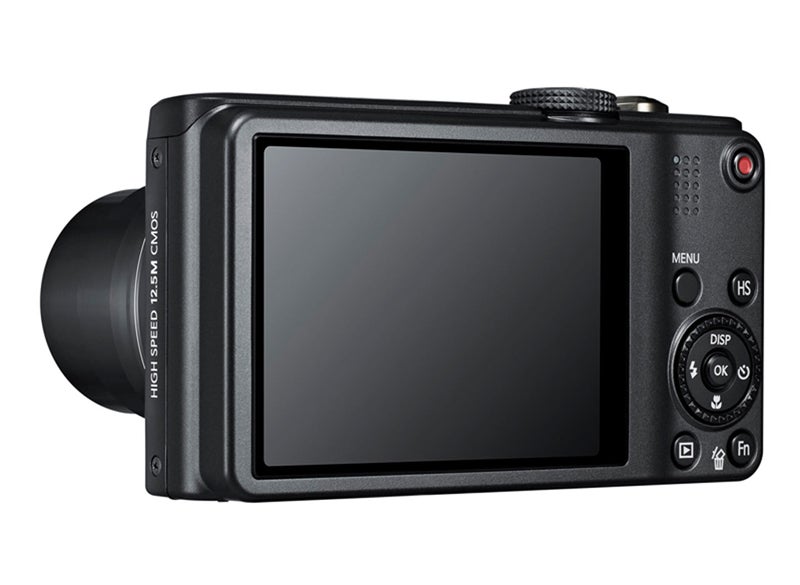 On the back, the usual array of controls crowd to the right side of the display with a dedicated video shooting button nestling at the top right corner. All controls are simple to use and responsive but the rotating control wheel surrounding the Flash, Display, Macro and Drive buttons (and their central OK button) is too fiddly for my larger fingers.

In terms of menus, these are attractively displayed, particularity the aforementioned Scene mode menu icons. Access to most of the controls can be found by pressing the Function (Fn) button that sits in the lower right corner of the camera’s back plate.

Pressing the Fn button fires up an overlay of menu options and adjustments to which can be seen immediately on the screen, which is really helpful. The biggest benefit of this menu control methodology is you (almost) never have to go into the main menu system, which is refreshing and means you’re less likely to miss a shot while you tinker inside the camera’s menus.

In terms of performance the WB75 is pretty good. The shutter response is good; focusing quick and the continuous shooting at 10fps for 8 shots is good too. However, the slow flash recharge time of almost 4-seconds is, to be frank, frustrating and often means missing a shot. Image noise is very low at ISO100 to ISO400 and by the time you reach ISO800 noise is obvious and increasing sensitivity from ISO1600 to ISO3200 and as I expected, noise degrades the images so much, it’s best to leave those settings alone.

The Auto White Balance setting (AWB) works well in most lighting situations, daylight is no problem at all but tungsten and florescent have yellow and magenta casts respectively.

Another thing I liked and made possible once again by the new sensor technology is the ability to shoot 10-megapixel snaps while shooting Full HD video, which means you can grab high-res images while filming giving the ability to video and grab key frames as you see them; the best of both worlds perhaps?

Overall in terms of image quality they are crisp and colour is rich but natural looking, the camera deals well (overall) with mixed lighting and noise is kept to a minimum as long as you don’t venture into the higher sensitivity settings that are on offer.

The Samsung WB750 costs (at the time of writing) £249, which looks great value against other 18x optical zooms (such as those from Olympus (the SZ-10) or faster compacts such as Panasonic’s Lumix TZ20) where it looks a very decent compact camera indeed with a lot of zoom and high speed shooting.

Throw in the plethora of shooting options and the WB750 shows it should have wide appeal, the ease of use helps too, but the main point and the proof of the proverbial pudding sits within the fact it can shoot stunning photos. Throw in Full HD video (while snapping 10 megapixel photos at the same time) and you have a camera with the ability to capture almost any subject moving or still.