The Olympus Tough TG-1 could be viewed as the culmination of Olympus's many years in Tough camera development. The model is not only lifeproof, but also features an advanced imaging specification to match. The question is, is this the best Tough camera ever produced?

As ever with a tough compact, the headline features of the TG-1 are no doubt it’s rugged credentials. The compact is waterproof to 12m, shockproof to 2m, crushproof to 100kg and freezeproof to -10c. There was a time when these features would be enough to make the TG-1 stand out, but advancements in recent times have been such that tough compacts now need an imaging specification to match. The good news is that on paper this is very much the case.

The TG-1 features a 4x optical zoom with a focal range of 25-100mm in equivalent terms, along with a maximum aperture of f/2 at the lens’s wide angle; a feature that will no doubt be of use when trying to capture fast movement in low light conditions. The inside of the camera features a 12MP backlit CMOS sensor and Olympus’s latest TruePic VI image processor. Both the sensor and the processor combine with Olympus’s iHS technologies in the promise of providing good results no matter what shooting conditions you may be presented with. 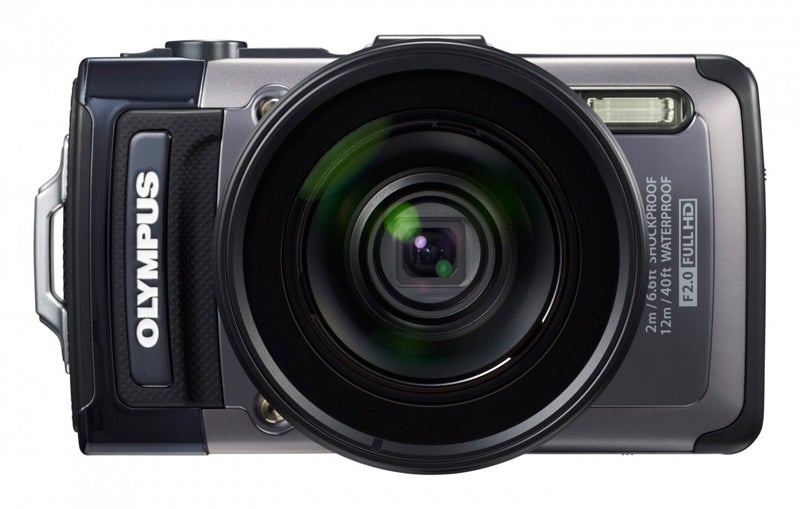 The iHS system isn’t the only advanced element of the TG-1’s specification. The TG-1 features an Advanced iAuto setting complete with AF tracking, Super Sports and Super Macro modes amongst many others, as well as a program mode if you want to make decisions on shooting settings yourself. The model also features advanced functionality in the form of GPS and e.compass technology, both of which allow the adventurous photographer to access and log location information on the go.

The high specification continues on the rear of the camera. While the LCD screen is sometimes a weak spot for tough cameras, this isn’t the case with the TG-1. The model features a 3in, 610k-dot OLED screen complete with anti-reflective coating and high contrast technology, making it one of the highest-specified in the class.

One final feature which distinguishes the TG-1 from its rival is the model’s optional optical adapter. Using the optical adapter photographers can attach either a fish-eye converter or tele-photo converter, thus adding extra flexibility to the focal range, with the former particularly impressive.

Despite offering an impressive level of rugged capabilities, the TG-1 still manages to handle well. The body is feels solid and like a serious bit of kit, without necessarily feeling bulky in the hand. 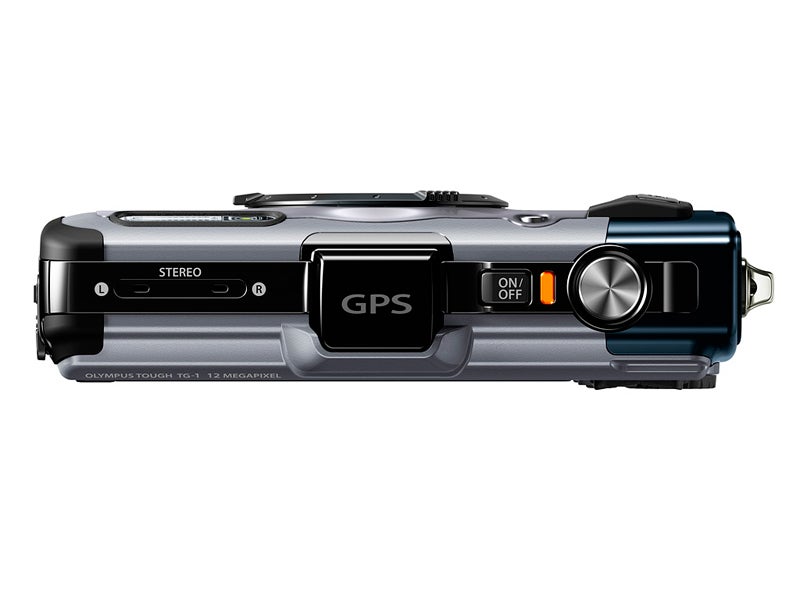 One obvious concern with a Tough camera is how it will handle when either wet or in difficult shooting conditions. The good news is that Olympus has taken wise steps to ensure that it’s up to the task. The body features a trio of rubberised patches in areas where one intuitively grips a compact in these aforementioned conditions. The front of the TG-1 features a raised rubberised hand-grip, countered by a second rubberised area of the rear panel’s thumb rest. Finally, the left-hand side of the LCD screen features the models third rubberised section, with the three combining to offer a rock-solid shooting hold. 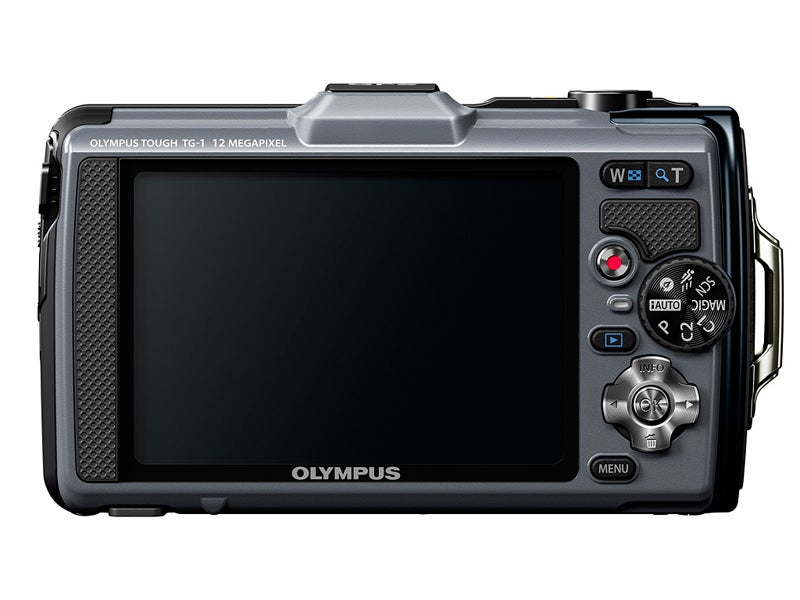 Other positive notes regarding handling include a sturdy mode dial which isn’t easily knocked in difficult shooting conditions, lots of breathing room between the function buttons on the rear of the camera and solid zoom control on the rear of the camera. One criticism of the design is the model’s shutter button – it is slightly recessed and doesn’t offer a solid response when half-pressed, and as a result it can be a struggle to work out focus on the go.