Nikon's S8200 is a 14x optical zoom compact with the latest 16MP back-lit sensor. Can the Coolpix S8200 see off close rivals? The What Digital Camera Nikon Coolpix S8200 review...

The S8200 is Nikon’s latest entry into the medium zoom or ‘travel zoom’ compact sector. It comes equipped with a 16MP back-lit CMOS sensor and 14x optical zoom (24-350mm equiv.) lens with optical Vibration Reduction (VR) technology. That equates to a wide 24mm through to telephoto 350mm range that’s ideal for group shots, close ups or zooming right in on far away action and the lens-based VR helps to steady shots in real time.

Although the S8200 lacks full manual controls, its main mode dial comes laden with shooting modes: there’re a variety of Scene and Effects modes, full Auto and a variety of other selections including a 6fps burst option. Whatever mode you’re in the one-touch movie button will start up 1080p movie recording at 30fps too.

Considering the 14x optical zoom lens the Coolpix S8200 manages to keep its size suitably small and this makes the camera an attractive prospect. The zoom is operates via the toggle around the shutter button and the main mode dial sits next to this for quick selection of modes. The rear d-pad doubles up as a rotational wheel, though you’ll need to click into the main Menu to utilise it to cycle through modes. There’s also a powered pop-up flash – as much as we like the way it pops out of the body when needed for use, it’s not possible to push it back down by hand. 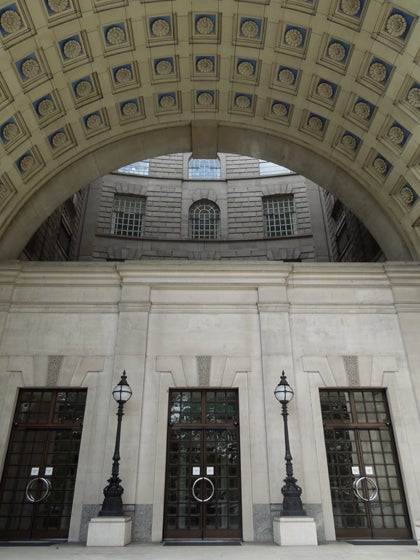 Put to work and the Coolpix is fast to focus, and confirms so with rectangular green box areas. Unlike most compacts that have pre-defined focus areas, the S8200’s Target Finding AF mode adjusts these focus areas as is fitting for the shot at hand. This works well for the most part, though the focus point can slip away from where you’d like it to focus and, in some cases, we found the full length of the zoom led to soft shots. There are plenty of focus modes to choose from: Face Priority automatically recognises and selects faces in a shot; Auto does what it says on the tin; Manual allows for a single AF point to be positioned via the d-pad although not around the edges of the screen; Centre provides a single, centre-fixed AF point; while Subject Tracking will follow a target around the screen.

The benefit of Nikon’s Vibration Reduction system is immediate to see and a necessity in use at the longer focal lengths. The 14x zoom isn’t quite as significant as the Nikon’s close rivals, such as the 16x Panasonic TZ20 or Sony HX9, but still provides a decent range and moves smoothly through its range.

Also unlike its rivals the S8200 lacks manual controls, instead with the focus on the camera’s range of Effects modes. The choice of Selective Color, Soft, Sepia, Mono and High/Low key provide a variety of settings that can be applied in camera.

Beyond still images the 1080p movie mode is a top addition to the camera – it captures clips at 30fps and the zoom can be used whilst recording.

Another boon is the 921k-dot LCD screen – a high quality, high resolution feature that’s good to see at this price point.