£270.00
The Fujifilm F900 EXR is the latest in a long line of triple-digit ‘F’ series compacts, and looks to continue the manufacturer’s proud tradition in the travel compact market.

The model features a new high-speed 16.1MP backlit EXR CMOS II sensor, along with Wi-fi connectivity and what Fujifilm claims is the world’s fastest AF system in a compact camera. 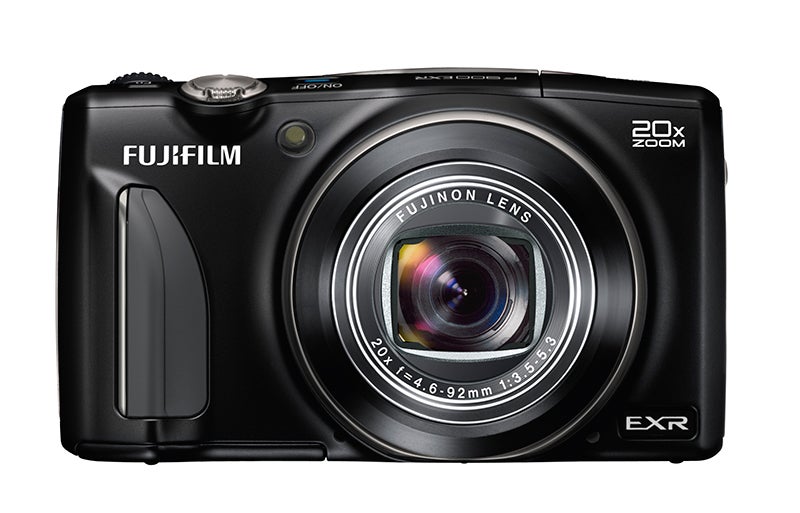 Like the Fujifilm F770 EXR and that camera’s update, the F800, with the F900 superb build quality comes as standard; the little pop-up flash (activated by a small button on the camera’s shoulder) seems a little flimsy by comparison, it can be tucked safely out of the way when not in use but watch you press it back home carefully since it seems the one time it could get knocked.

The F900 is available in various colours; I tested the red version and its soft touch finish helps disguise the plastic top of the camera, blending it with the rest of the camera’s metal bodywork. A neat rubberised grip on the front and associated rubber pimples on the back aid handling but the camera feels as if it would be easy to let slip, so always employ the wrist strap.

In terms of main controls, on top an “Fn” button joins forces with an LED equipped on/off button, the shutter release with its surrounding zoom control and the aforementioned pop-up flash. On the back, sloped at a jaunty angle to help aid easy use, is the mode dial where you get at the meat of the cameras shooting modes and options. Playback, video, display and “E-Fn” buttons surround the (rotateable, scroll wheel equipped) 4-way jog control with its central menu/ok button.

Most of these buttons will be familiar, the one slight stranger is the E-FN button. This was the “F” of FinePix button on the F800 and activated kit such as the Fuji film simulation modes and other image features. It’s since re-named the E-FN button and now activates an additional on screen menu revealing how the all the controls on the camera’s back (barring the mode dial) have additional features.

The Film simulation modes can be accessed via the playback button, the movie capture button can now be used to access the focus settings, the display button now is a back button (for the new on screen options) and the E-FN button can be pressed to exist the revised menu settings, this system makes it easy and quick to change those settings revised by the new button. 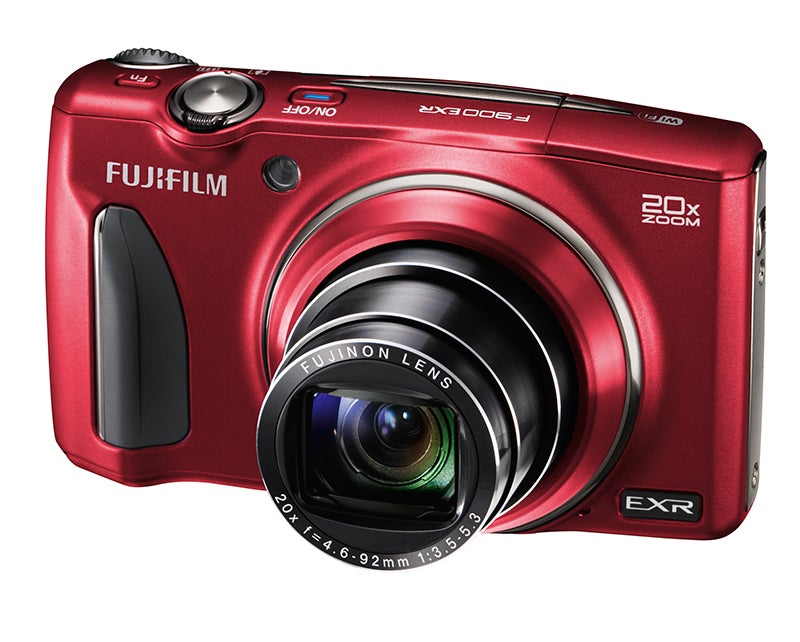 The main menu layout, reached by pressing the Menu/OK button is of the newer menu design and as such provides a simplified vertically scrolled set of six options or pages, three for shooting, three for playback and set up, which makes it easy to navigate particularly with the relevant photo elements now neatly separated from the setup options.

The F900 EXR provides a complete set of manual controls on the main mode dial; P, A, S and M and then the titular EXR mode. Here you get four settings to choose between that prioritise resolution, dynamic range or low noise at higher ISOs and an auto mode that makes the choices for you on the fly depending on the subject and ambient light and whether or not you have activated the flash.

These are selected in a separate menu option via the Menu/OK button each has a helpful description for what it does and so if you’re not sure and want the control, it helps you pick the right mode for the task at hand. The Auto EXR mode worked well enough, is the default setting, and provides a seamless way to use the camera without worrying about what is happening behind the scenes.

As with previous F-series compacts, regrettably you cannot use the EXR settings while shooting in the manual modes where it would certainly add improved versatility; shoot in manual mode and you’re basically not making the most of the new technology on offer.

A good set of pre-set filters and subject program modes are on hand to help with your creative bent. You get 14 of the latter (on the “SP” setting on the mode dial) and on the “Adv.” Mode dial position you find the main Advanced Filters settings.

The F900 EXR also features 12 so-called advanced filters ranging from Miniature to Toy Camera modes, so all pretty much as you’d expect here and they include a range of black and white colour filters (blue and orange etc.,) too to help adjust emphasis when shooting mono. 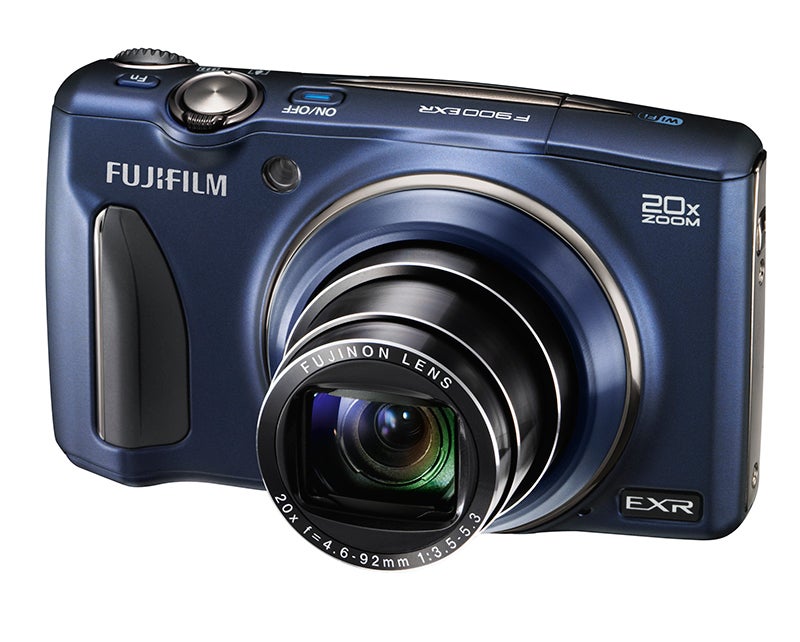 Also found on within the “Adv.” position on the mode dial are the 360 Motion Panorama, Pro Focus, Pro Low light and Multiple Exposure modes. Confusingly however, all of these options, once selected from the mode dial, can only be reached from the Menu/OK button and then selecting the relevant options. A separate button to access these might be an improvement as this set up makes them all feel buried within the camera, almost as if they’re an after thought rather than a key set of automated and fun shooting options.

Some of the other features are frustrating to use; the camera dictates flash settings by using its in-built intelligent flash technology even in some of the manual shooting modes, which is both annoying and counter intuitive (there’s no flash control in shutter priority shooting for example).

The GPS feature allows the geo-tagging of images but also means you can grab the location data from a smartphone in conjunction with the Wi-fi system and you can display the location info with images too. Those after more control and manual options get access to relatively few further adjustments outside of the manual shooting options but what there are include exposure compensation, white balance, and saturation controls.