£449.00
Traditional advanced compacts such as the Canon G16 and Canon G1X are large, ugly devices covered in buttons and dials, and , it could be speculated, are designed more for the camera geek than the mass market. However not everyone looking for a high-spec camera wants to lug around something that looks like a piece of military hardware.

There’s a well-established market for cameras that combine the specifications, features and performance of an advanced enthusiast model with the style and portability of a pocket compact, and the latest example of that type is the new Canon PowerShot S120. 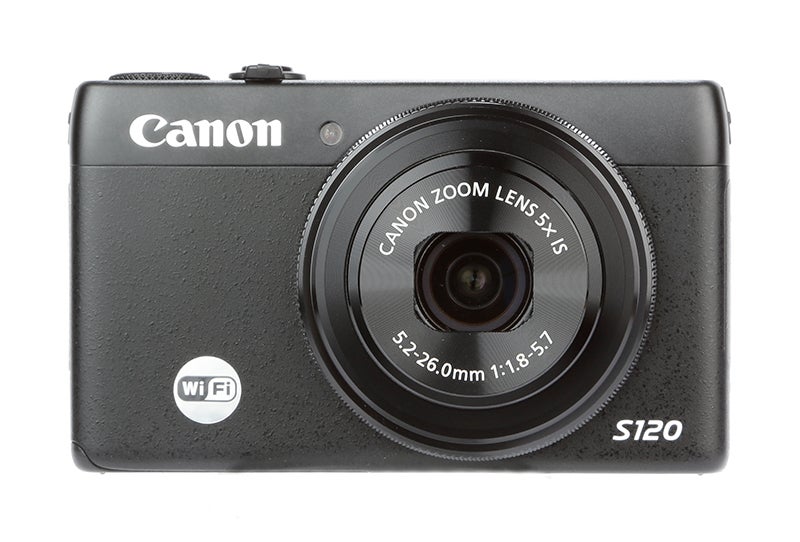 The Canon S-series of high-spec compacts is one of the longest-running in the digital camera industry, with the first model, the two-megapixel 2x zoom S10 making its debut in 1999. Since then the series has seen a steady progression over 13 models, with each one adding more and better features (apart from the optical viewfinder, dropped after the S80 in 2005) while retaining the sleek style and compact portability of Canon’s best pocket-sized cameras.

The latest is the Canon PowerShot S120, announced in August this year. It features a very similar range of features to the much larger PowerShot G16 that we reviewed last week, with the same 1/1.7in back-illuminated 12.1-megapixel CMOS sensor, the same DIGIC 6 iSAPS processor, and a very similar 7.5cm (3.0in) 922,000-dot monitor, although in the case of the S120 this combines a capacitive touch-screen control interface.

The S120 even has the same f/1.8 maximum aperture, although the lens itself is a very different unit to the G16. It features a 5x zoom lens equivalent to 24-120mm, with a maximum aperture range of f/1.8 – f/5.7, optical lens-shift image stabilisation and an automatic lens cover. It certainly looks a lot like the same lens as last year’s S110, but that only had a maximum aperture of f/2.0, so presumably it must be different. 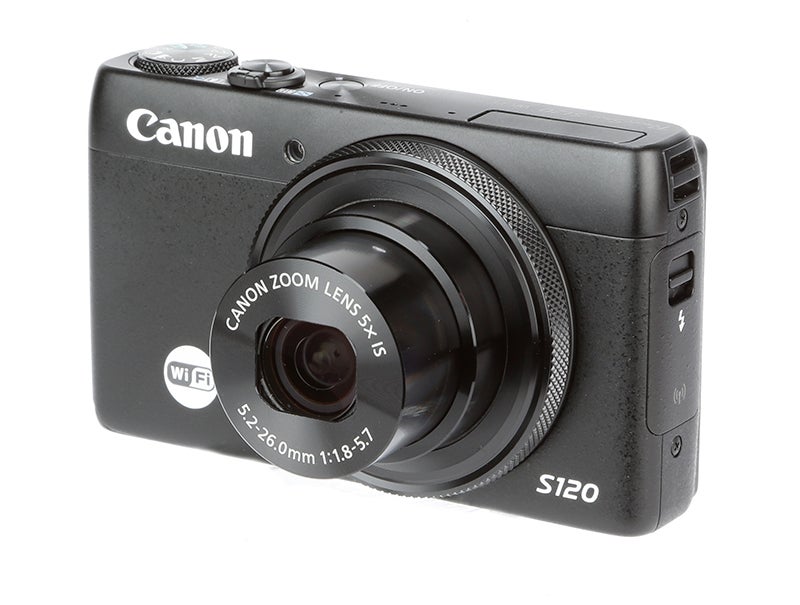 The S-series is aimed at experienced enthusiast photographers, and offers a full range of manual control options, with a main exposure mode dial on the top plate offering program auto, aperture and shutter priority and full manual exposure, as well as a small variety of scene modes and a very limited fully automatic mode. Other advanced options are available, including manual focusing and raw shooting mode. While the S120 does look very slim and fashionable, this is a camera for serious photographers.

As with the G16 and its predecessor the G15, the S120 is only an incremental development of the S110, tweaking the design slightly and adding or improving only a few features, such as doubling the resolution of the monitor, but many small changes can have a significant cumulative effect, and the S120 is noticeably faster, smoother and more satisfying to use than its older sibling.

Features which remain unchanged from the S110 include the autofocus system, Canon’s tried-and-tested nine-point AiAF system with single, continuous and servo AF/AE, as well as touch-screen focus point selection, but now the manual focus option includes the new Focus Peaking feature from the G16. 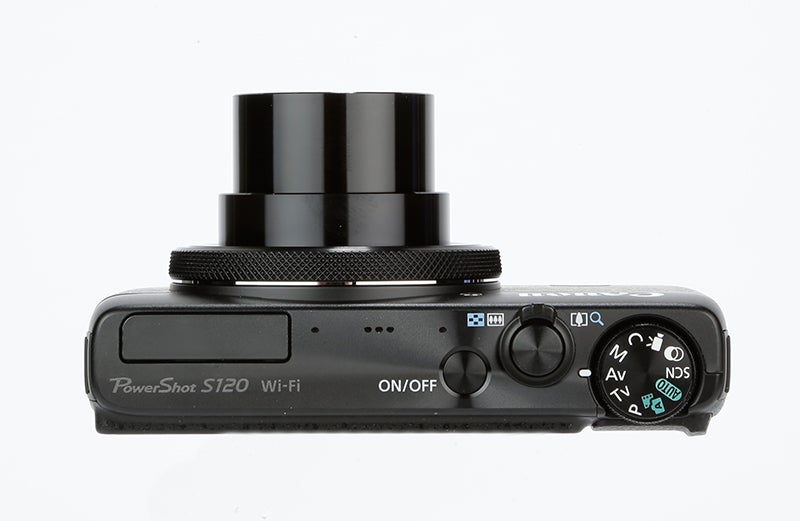 The exposure metering system is also the same, with evaluative and spot metering linked to the face detection and touch AF systems, but the S120 offers slightly faster maximum shutter speed at 1/2500th of a second, as well as timed exposures of up to 15 seconds, or 250 seconds in the new Star mode. Like the S110, the main exposure adjustment control is a ring around the lens bezel, which combined with the rotary D-pad bezel and a nice clear on-screen display makes for a very intuitive control system. The ring function is fully customisable.

The S110 was somewhat ahead of its time offering Wi-Fi smartphone integration, and this feature is also included in the S120. By installing the free app on an Android or Apple smartphone, pictures can be downloaded and shared wirelessly, and GPS location data can be added to the pictures in the camera. However unlike some other cameras the phone cannot be used to remotely control the camera.

One major improvement is to the video recording feature. The S120 can shoot full 1920 x 1080 HD video with stereo sound, with full optical zoom and Touch AF, and can also now shoot at 60fps, producing much smoother movement and increased clarity.