Dean Mouhtaropoulos, a professional Getty sports photographer, has regularly been submitting images to Panasonic's Photo of the Day campaign to support the Olympic Games

Following on from the announcement that leading sports photographer, Dean Mouhtaropoulos will be relying on a Lumix G5 to capture events at the Olympic games, Panasonic has updated their Lumix Lifestyle website with a Photo of the Day.

On day 1 (28th July) of the Games, Mouhtaropoulos captured an image of the peloton as they passed Buckingham Palace during the Mens road race. With crowds in the foreground, Buckingham Palace in the background and the pack of rider’s in-between, the image has been carefully taken from a high viewpoint. To give the shot some meaning, Mouhtaropoulos carefully composed the Olympic logo in the bottom right of frame and having been shot at 8mm we assume it was taken using Panasonic’s 7-14mm ultra wide-angle zoom lens. 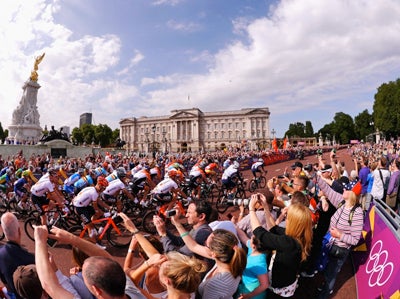 On Day 2 (29th July) of the Games, Mouhtaropoulos turned his attention to the indoor sport of Gymnastics. Another carefully composed image portrays an athlete competing in the Men’s All Round Qualification. 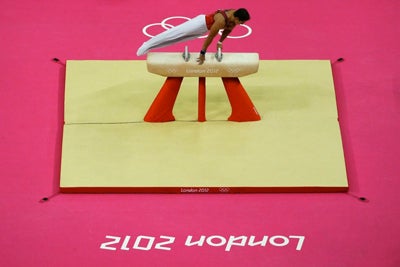 Our favourite shot of Mouhtaropoulos’s so far is the image of an athlete
as he carries out a demonstration prior to the Men’s All Round
Qualification. The spotlight indoor lighting has helped pick out the
athlete’s figure perfectly, with the image being shot at ISO 800 to
achieve a fast enough shutter speed to freeze the athletes movement. 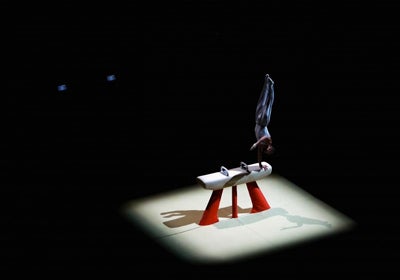 To view a selection of Dean Mouhtaropoulos’s shots from the Olympic Games so far and to keep up to date with the Photo of the Day, click here.