Most interesting are a pair of svelte 14MP, 7x zoom cameras, the
ST5000 and ST5500, the world’s first digital cameras to be manufactured
using the breakthrough hydro-forming technology.

The ST5500,
which won a CES Innovation Award, features an impressive 3.7inch AMOLED
WVGA touch screen (the world’s first) plus wi-fi connectivity, enabling
images to be uploaded to photo sharing websites or emailed to any
address using the built-in qwerty keypad.
The ST5000 is similar
but features a 3.5inch TFT LCD touch screen and no wi-fi. It sells for
£279 while the ST5500 goes on sale at £349. More details. 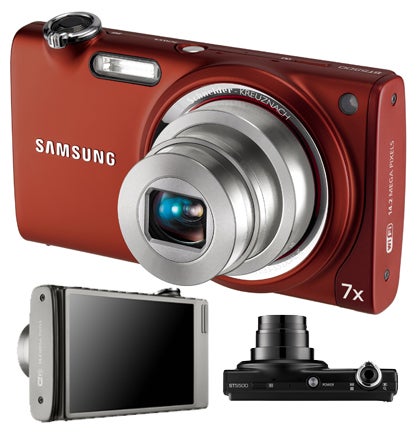 Samsung also revealed two new cameras using the company’s dual LCD screen technology, as seen in the highly rated ST550 (which won WDC’s Innovation Award for 2009). The PL-100 and PL-150 are more budget versions, without the touch screen of the ST550 but with an enhanced front LCD that can now be used for video. They will sell for £149 and £179 respectively. More details. 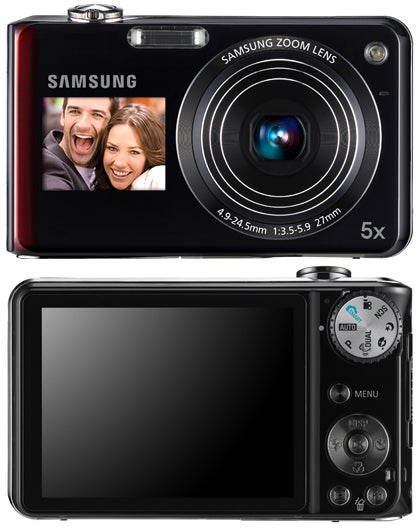 Above: The Samsung PL150