Rumor suggests a Leica Mini M could be launched in early June, but what can we expect it to feature?

Up until recently, rumours about what the Leica Mini M may offer in terms of its specification have been sparse, but the first leaked specifications on an unknown source point to it featuring a 16MP APS-C sized sensor with a fixed 28-70mm f/3.5-6.4 ASPH lens. 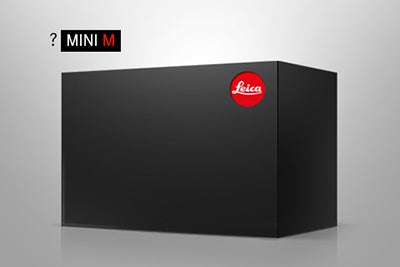 The leaked specifications (in French) suggest the Leica Mini M will also support full HD video recording, a full aluminium body and will be manufactured in Germany with a €2450 price tag.

Adobe Photoshop Lightroom 4 is expected to be bundled with every Leica Mini M that’s sold. Early impressions from a leaked photograph on Leica Rumours suggest the Mini M won’t feature an optical viewfinder, but an external electronic viewfinder will be produced. A pop up flash, movie record button and exposure compensation dial are also pictured on the Leica Mini M’s top plate.

If the Leica Mini M rumours are to be believed, it could be the world’s first compact with an APS-C sized sensor and a fixed zoom lens. Rivals in the form of the Nikon Coolpix A and Ricoh GR both have fixed focal length lenses.