With new DSLRs now typically being replaced annually it's not always clear whether having the very latest model is really worth the extra investment. We take a look at six popular DSLRs to see if it is.

The pace of change in the digital camera market has accelerated markedly in recent years. Whereas it used to be the case that manufacturers would launch a new model and then give it a couple of years or so before replacing it with a new model, these days the shelf-life for new cameras is much diminished with new models usually being replaced or refreshed on an annual basis.

Of course with the continual yearly updates to established DSLR ranges it can be hard to keep track of what exactly has changed from one model to the next. Or indeed whether the new technologies and upgraded specifications of successive models are really worth the added price premium.

Below we’ll help identify the key differences between a number of popular DSLRs, pitting a slightly older model against the current one to see exactly what you get for your money, and whether the added expense of purchasing the very latest model is really justified. 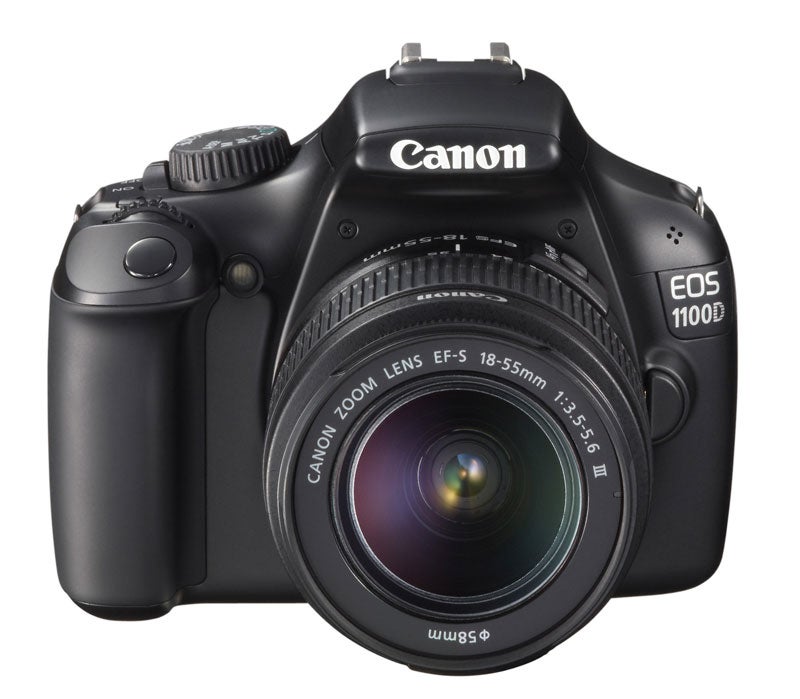 The entry-level DSLR market has moved on considerably since the 1100D was released in 2011, with rivals such as the Nikon D3200 (and D3300) and Pentax K-500 all arguably offering more for your money than the three-year-old 1100D. The release of the EOS 1200D seeks to redress this by improving the older model in a number of key areas. 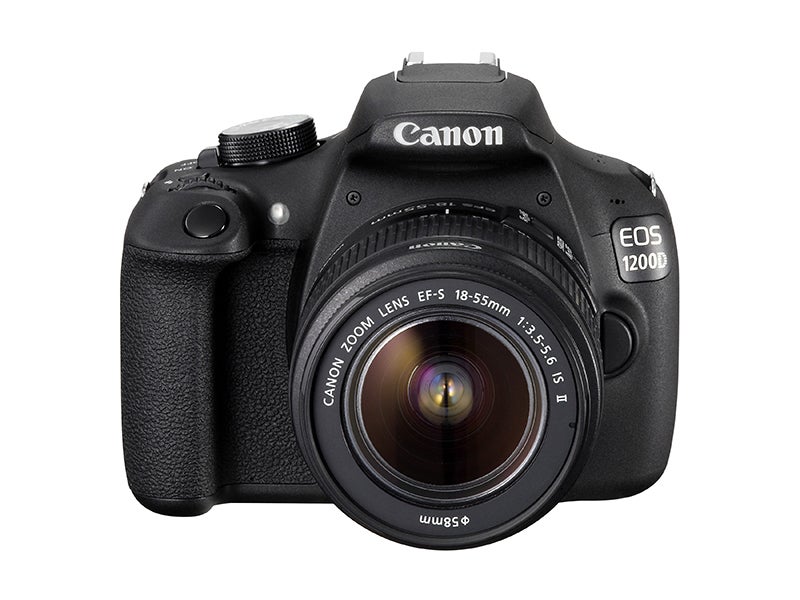 Headline upgrades include a new 18MP sensor that’s able to capture more detail, a larger and sharper rear LCD display and the ability to record 1080p Full HD movies. In addition, the outer body of the 1200D has been finished with a textured coating, lending it a much nicer feel in the hand compared to the somewhat plasticky 1100D. If you’re looking to buy your first DSLR and have your heart set on Canon, then the extra £120 is money well spent for the range of improvements on offer.

Upon its release in 2012 the 24.2MP APS-C sensor at the heart of the D3200 raised the bar for what could be expected of entry-level DSLRs. It’s successor, the D3300, retains the same high resolution, although the sensor has been tweaked to allow for the removal of the anti-aliasing filter, which in turn enables the D3300 to capture sharper images with even more fine detail than its predecessor. 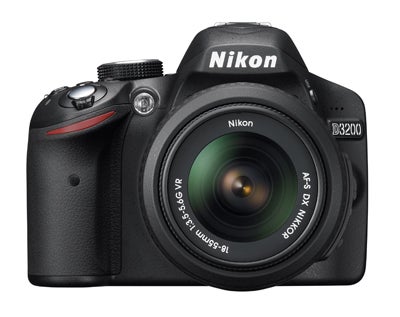 The D3300 also comes equipped with the latest Nikon EXPEED 4 image processor, which allows it to offer a wider choice of Full HD movie-recording options, along with a faster maximum continuous shooting speed of 4fps. The D3300 also gains an extra sensitivity stop over its predecessor, up to a maximum ISO 12,800 (25,600 in expanded mode). 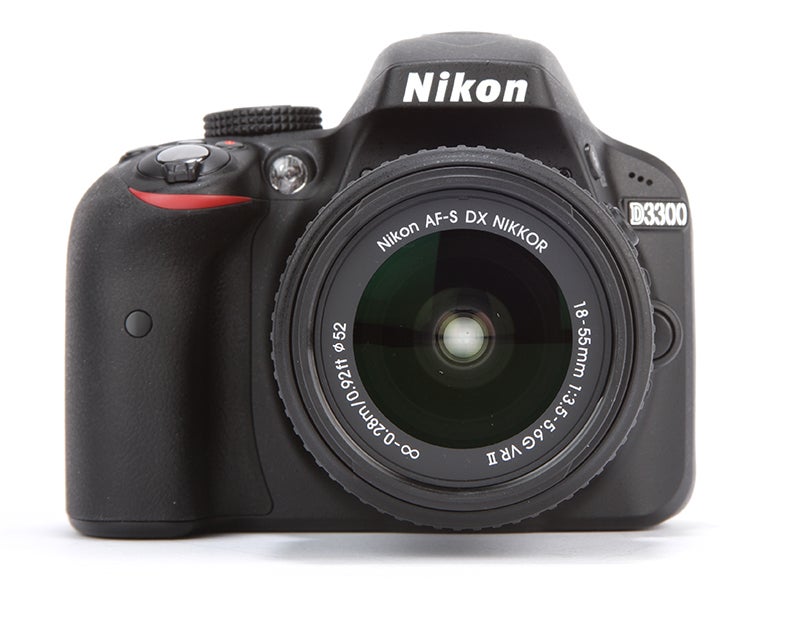 Last but not least, the D3300 also comes with Automatic HDR capture and a Panorama mode – neither of which are found on the D3200.

The older D3200 is still a classy little first-time DSLR though, that comes equipped with Nikon’s bespoke Guide Mode, which aims to help DSLR newcomers get to grips with their camera by offering useful shooting tips and information on the rear display.

When Canon introduced its latest mid-range camera, it surprised everybody by introducing not one, but two models. The 750D and the 760D replace the 700D, bringing with them noticeable increases in specifications from the 2013 model.
First of all there’s a jump in resolution, rising to 24MP from the 700D’s 18MP. Perhaps more importantly though is a new version of the Hybrid CMOS AF which promises 4x faster speeds when shooting Live View and movies.

Not only that, but there’s also now a 19 point AF system, compared with the 9 point of the 700D, which should make focusing more accurate and easier overall. The two models have been designed for slightly different users. While they both have the same sensor, the 760D has a top plate LCD for quick viewing of key settings, while an extra dial on the back of the camera is used for changing certain settings.
It’ll cost you just over £120 more for the newer 750D, but you do get a reasonable amount for your extra money. If you’re on a tight budget though, the older camera is still a great performer – especially if you rarely use Live View or shoot movies.

Perhaps the big headline new feature for the D5500 is that it marked Nikon’s first touch-screen DSLR, the screen is also articulating.
Aside from that, specifications are pretty similar to its predecessor. There’s a 24.2 million pixel DX-format (APS-C) sized sensor, which doesn’t have an optical low pass filter for increased detail resolution.

The D5300 was the first Nikon to feature inbuilt Wi-Fi, and you’ll also find that in the D5500, but for some reason, the company decided to ditch GPS for the newer model.
It doesn’t cost too much more to plump for the newer D5500 model over the older D5300 (around £50 at last check), but, unless you’re desperate for a touch sensitive screen, you can still save some money and use it for something else – such as an accessory or two.

Launched in 2010 the EOS 60D remains a dependable enthusiast-level camera that’s capable of producing great images, however given that its now four years old the 70D improves on it in almost every way possible. Resolution has been upped from 17.9MP to 20MP, the number of AF-points has been increased from nine to 19, continuous shooting speed is faster, and maximum sensitivity has also been raised. 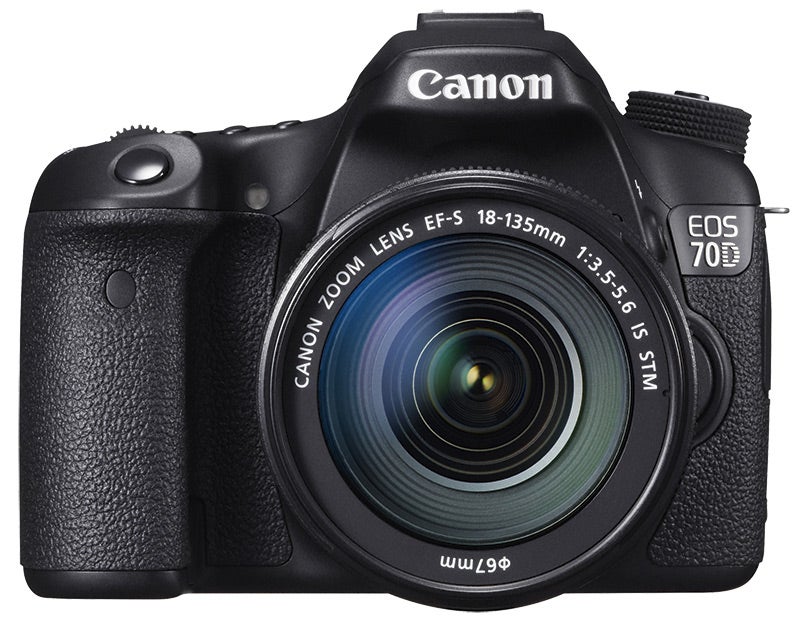 Not only this, but the 70D also employs some clever sensor-based phase-detect autofocus technology (Hybrid CMOS) to greatly speed up autofocus performance when the camera is being used in live view, or to record video with.

Movie recording options have also been expanded, while on the back of the camera the vari-angle display also offers touch-screen control over the camera. While the 70D undoubtedly offers a much stronger feature set, it does cost more than double. Likewise, while the older 60D cannot really compete in terms of core specifications and features it does nonetheless represents excellent value for money at its current price.

Nikon claimed that the D7200 doesn’t replace the D7100 when it was released, but instead sits alongside it.

Never the less, it makes sense to compare the two. Wi-Fi and NFC make it onto the D7200, which is useful for remotely controlling the camera – particularly helpful for wildlife shooting. The D7200 and D7100 both have 24 million pixel, AA filter-less sensors.

Other differences include the newer EXPEED 4 processor (compared with the EXPEED 3 on the D7100) and a increased native sensitivity range. While both the cameras have a 51 point AF system, the D7200’s is inherited from the D810, much higher up in Nikon’s range, and therefore boasts an increase in sensitivity from -2EV to -3EV. Battery life has also been improved for the D7200.