The Boston.com gallery features some of the best images from the Winter Olympics as the festival of winter sport reaches it’s halfway point

WHISTLER, BC - FEBRUARY 16: Megan Sweeney of The United States competes during the Luge Women's Singles on day 5 of the 2010 Winter Olympics at Whistler Sliding Centre on February 16, 2010 in Whistler, Canada. (Photo by Shaun Botterill/Getty Images)

The Big Picture section of Boston.com has quickly gathered internet notoriety as being the first stop for galleries of stunning images from major global events. The Olympic games are one of the most photogenic events in the sporting calendar, so when you combine the two, the results were always going to be impressive. 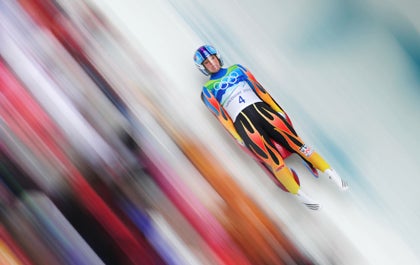 The halfway point gallery features 45 images captured by some of the leading photographer attending the event, and showcases all the drama of the games. Our person favourites include numbers 1, 6, 22 and 34, but why don’t you share your favourites in the comments section below?