Your digital camera will offer a selection of shutter release modes, which determine the timing of the picture being taken

In normal use you press the shutter button, the camera takes a picture, you press it again and it takes another one. But there are other options available.

This is the default drive mode on your camera, and is ideal for general use. Press the shutter button to take a picture, then release. When you want to take another picture, do the same again. 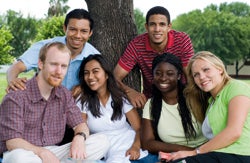 The self timer provides a delay between you pressing the shutter button and the picture being taken – typically ten seconds. This allows you just enough time to press the shutter then run around to position yourself so that you can be in the picture too.

Some cameras also offer a two-second self timer. The purpose of this is not for self-portraits (you’d need to be a fast runner for this!) but for use with long shutter speeds, with the camera on a tripod or a stable surface. The two-second delay allows for any movement of the camera caused by you pressing the button to have settled before the shutter actually opens.

Continuous drive mode is designed for shooting moving subjects, and enables the camera to shoot several images per second in a non-stop burst. The precise number depends on the camera, but with DSLRs it should be at least 3 frames per second (fps), with some more-expensive models more than doubling this speed. A few compacts can shoot short ultra-high speed bursts of up to 60fps. To use continuous mode, select the mode on the dial or in the menu (depending on the camera) and, at the optimum moment, press and hold the shutter button down. The camera will keep taking pictures until you remove your finger, or you fill up the media card or buffer (the temporary storage space in the camera when pictures are held until they’re saved to the card).

The chances of catching the winning horse just as it crosses the finish line increase dramatically if you use Continuous Drive mode which, depending on the camera, can shoot between three and 60 frames per second

A few cameras feature an intervalometer, which can be set to automatically take a picture at pre-set intervals, from seconds to hours. The resulting time-lapse images can then be joined together to show, say, a flower opening, or the passing of clouds overhead.

Intervalometers shoot a sequence of still images at timed intervals determined by the user. The resulting images can later be turned into a time lapse movie 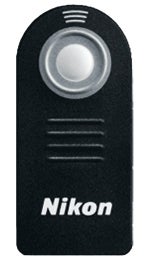 On some cameras the ability to trigger the shutter remotely is one of the drive mode options. A wireless remote control can be not only a more versatile alternative to the self timer (allowing you to fire the shutter at a moment of your choosing, and then take more shots without having to return to reset the camera) but it also has many creative uses.

For example, in wildlife photography you can set up the camera close to, say a nest, then retire to a safe distance where you won’t frighten off your subject. You can attach cameras to unlikely and inaccessible places such as the outside of a car, and fire them remotely. Many cameras also offer the option to attach a wired remote release. 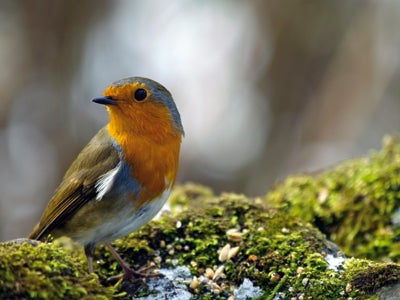 Some cameras come with a remote control or have the option to add one, with the setting for this in the Drive Modes – but you can also fire pretty much any camera with a third-party remote release. They’re ideal for shots like this, where you can set up the camera and then trigger it from a safe distance