In some conditions flash may well be, as Queen once said, the saviour of the universe. At other times it can spoil your shots

Most digital cameras come with a built-in flashgun, and it’s one of the camera’s most misused features.

The first thing to know about flash is that it has a limited range. Its intensity diminishes as it travels, so the further away your subject, the less light they’re going to receive. Think of the flash as like  throwing a bucket of water. Those closest to you will get very wet, while those further away may only get a few drips.

The built-in flash on most cameras is good for maybe five metres. Much beyond that and you’re just wasting your battery.

The light produced by on-camera flash is harsh and unflattering, so should be considered an emergency light source – when it’s that or no picture. It’s often better to raise the ISO, with perhaps just a little flash to give the subject a lift.

Ironically, flash is at its most useful when used to supplement existing light, especially in bright sun when it can help reduce the ugly shadows on subjects’ faces.

On DSLRs, some flashguns automatically pop up when required, others must be manually raised, while some cameras require both, depending on the shooting mode that you’re in.

In this mode the camera is in control, and turns on the flash when the light level drops below a certain point. This is fine for snapshots at parties but should otherwise be avoided.

A contender for most useless feature on any camera, redeye reduction works by firing a pre-flash or flashes to shrink the subject’s pupils before the shot is taken, with the main flash.

The problem is that people either think the pre-flash is the picture, and are then caught off guard when the shot is taken, or they have to hold a smile for ages so it looks forced and unnatural.

Some cameras use a lamp instead of a pre-flash but this is rarely bright enough to be effective. Many cameras now offer a way to retouch redeye on the picture afterwards, and this is a much better option. 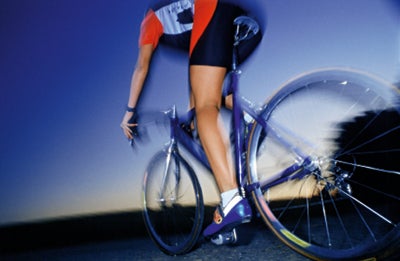 By default, the flash is usually fired at the beginning of the exposure.

By selecting Rear Curtain Sync the sharp, flashlit image will be at the end of the blur streak, creating a more natural- looking image than if the flash precedes the streak.

In this mode the flash fires with every shot, whether the camera thinks you need it or not. The main use for this mode is shooting outdoors in bright sun (where the sun is likely to cast deep shadows under the nose and chin and in the eye sockets) or when shooting into the light so that your subject would otherwise be silhouetted.

The blip from your flash provides more even light on your subject, while the ambient light illuminates the rest of the scene.

Image: See how the introduction of flash has brightened the subject’s face

There will be times when flash is not allowed, such as in museums or during live performances.

There are other times when flash is allowed but would be ineffective – either because the subject is out of range or because it would ruin the ambient atmosphere.

Turning the flash off causes most cameras to set a longer exposure time instead, which often produces a better shot if you can find a way to steady the camera. If not, then try a higher ISO to maintain a hand-holdable shutter speed. 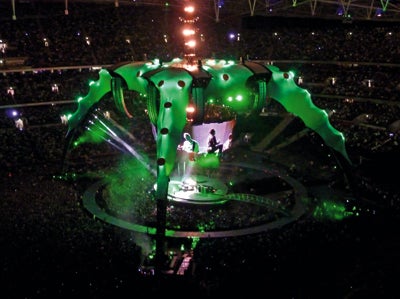 Image: This shot of U2 at Wembley Stadium was taken at ISO 1600 using available light. Those flash blips you see in the crowd represent failed pictures

Sometimes the flash is too bright or not bright enough.

With fill-in flash it can often overpower the ambient light and look unnatural. In these situations most DSLRs enable the flash output to be reduced or increased accordingly.

With fill-in flash shots outdoors it’s generally best to set a minus compensation of at least one stop, depending on the prevailing lighting. 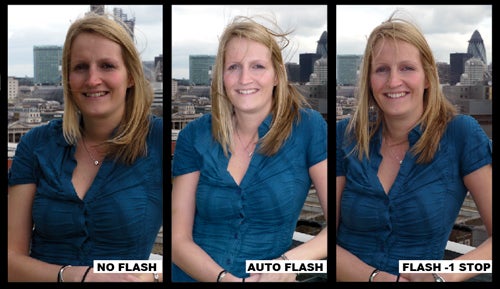