Cameras offer various methods to enable you to view the scene you're photographing and compose your picture as you want. We explain the different camera viewing options 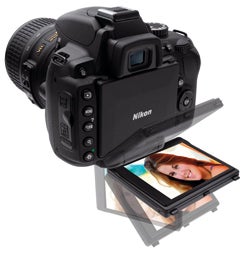 All digital cameras have an LCD screen to review your pictures – on compacts they’re also usually the only means of viewing the scene.

Some, but not all, DSLRs enable you to use the LCD screen to shoot with – a feature known as ‘Live View’.

LCD screens vary in size between 2.5 and 3.5 inches. Larger screens make viewing easier but size isn’t the only factor.

Screen resolution affects the sharpness and clarity, and how much detail you can see. The brightness, and the quality of the anti-reflective coatings, determine how easy the screen is to use in bright sun. Some LCD screens can tilt and swivel, useful for high or low angle shooting. 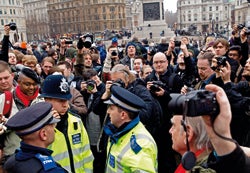 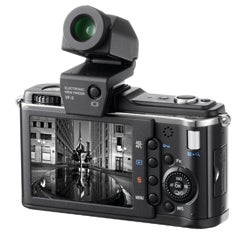 Electronic viewfinders (EVF) are found on Micro System Cameras and some fixed-lens cameras and are essentially a tiny screen inside the camera.

They offer several advantages over optical versions. First, they show the same information as the LCD screen, so you get full shooting data etc.

Also, EVFs enable you to see the effect that changing the exposure, white balance and other settings will have on your picture before you take it.

Cameras with EVFs can be smaller than those with mirror assemblies. On the downside, EVFs lack the degree of connection with your subject that DSLR viewfinders give you. 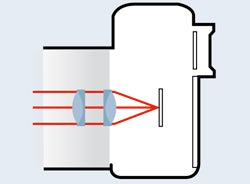 Cameras with EVFs do not have an internal mirror

By using a 45° mirror and a prism assembly, a DSLR shows you the exact view through the lens.

The image is bright, clear and almost like looking at the subject itself. The viewfinder enables you to compose and focus, and displays some shooting data, but doesn’t show the effect of exposure, and other settings on your image.

Most DSLR viewfinders only show around 95% of what the sensor will record, missing out the very edges, but some more expensive models show 100%. 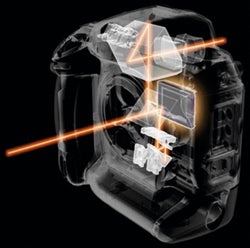 Optical viewfinders in DSLRs view directly through the lens 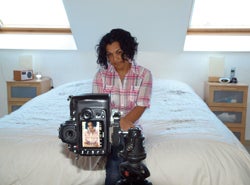 The Live View feature on those DSLRs that offer it has the same advantages over the viewfinder that an EVF does: full data display, and the ability to preview the effect that changing the exposure, white balance etc will have on your shot.

DSLRs, however, are not best used at arm’s length  – they’re heavier than compacts, for a start – so Live View is best used only for shooting at high and low angles where it isn’t possible to see through the viewfinder, or when using the camera on a tripod, when you’ve set up and focused and are waiting for the right moment to press the shutter.

Most cameras enable you to select from several viewing modes to aid your shooting, when using the LCD screen or EVF.

EXIF Data: You can usually choose to have the shooting data visible on screen so you can see your settings, or turn it off so you get a clean view of your composition without distractions.

Grid View: superimposes a grid on the screen to help keep your horizons level and buildings straight. Some optical viewfinders also offer this. 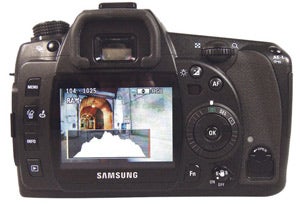 Histogram: shows the spread of tones in your image in graphic form to help with exposure. An average scene should have a wide spread of peaks across the graph, rather than being bunched at one end. Some cameras can show a live histogram of the scene before you shoot it, while with others it’s only on playback.

Shadow/highlight warning: On playback, this causes areas of the scene that are over or under-exposed to flash as blocks of solid colour.