The aperture, or ‘f-stop', is the hole in your lens and does  more than control how much light comes into the camera. We explain how adjusting the aperture affects your image 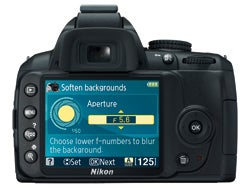 Cameras use two main methods to control the amount of light reaching the sensor. While the shutter speed determines the duration of time that the sensor is exposed to light, the aperture controls the intensity of that light. It does so via a variable hole in the lens, which can be increased or decreased in diameter either automatically or manually to let more or less light through.

Apertures are measured in ‘f-stops’, or ‘f-numbers’, with each stop being a doubling or halving of light compared to the stop next to it. The higher the number, the smaller the aperture, and vice versa. The numbering though is confusing: switching from f/8 to f/5.6 doubles the light entering the lens, while going from f/8 to f/4 represents a four-fold increase.

Not every camera or lens will offer the full aperture range (especially compacts, which may have only two or three) and the kit lenses supplied with DSLRs will tend to have a widest aperture somewhere between f/2.8 and f/4. Lenses with wider apertures tend to cost a lot more, partly because they require a larger diameter of glass.

Each F-Stop lets in double or half than the one next to it. Cameras can also set third or half stop increments between these whole stops. 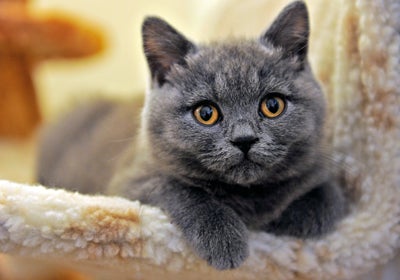 Image: A wide aperture kept only this cat’s face in sharp focus.

This is arguably the single most important creative control at your disposal. You can highlight a single bloom in a field of flowers, or a face in a crowd, and render everything around it a blur, by using a wide aperture, or stop down and shoot a landscape scene and get everything in the frame, from the rock near your feet to the tree on the horizon, in focus.

The Depth of Field effect is not fixed, however, and there are other factors to consider. In general, the closer your point of focus, and the more telephoto the lens, the shallower your depth of field will be. Which is why it’s much easier to create shallow depth of field effects with close-ups and long zoom lenses. (See focusing for more on Depth of Field.) 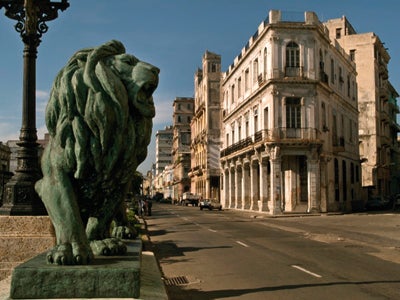 Image: A small aperture enabled both the lion statue and distant buildings to be sharp

Lenses with wider than average maximum apertures are often referred to as ‘fast’ lenses, because they enable the use of faster shutter speeds. This means you can shoot in lower light levels without getting camera shake, or needing to use flash or a tripod. They also make it easier to achieve shallow depth of field which is great for portraits, enabling your subject to ‘pop out’ from an otherwise  distracting background.

Fast lenses produce a brighter view in your viewfinder too, which makes focusing easier. On the minus side, fast lenses are bigger, heavier and cost more than ‘slower’ ones.