Sometimes a lens can look great on paper but prove disappointing when you use it in the field. This is a crucially important reason for buying lenses from a physical camera shop where you can handle and even test a specific lens before you buy it. Our brief tour of the way in which What Digital Camera’s lens scores are calculated therefore comes to an end with the figures that tell you how well the lens works overall, both physically and optically in the real world. 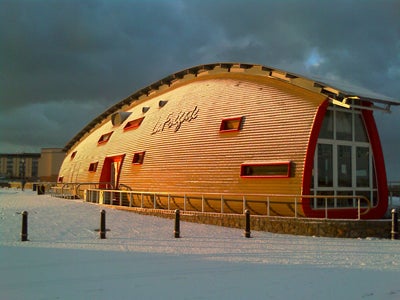 Perhaps it’s because I have a press photography background but I’m always going to claim that the best lens (and camera) is the one you have with you when a picture-taking opportunity presents itself. The pictures above and below were taken within five minutes of each other under rapidly-changing light following a snow-fall. Both pictures were taken using the camera built into my HTC Touch cellphone. Photograph (c) Jon Tarrant. 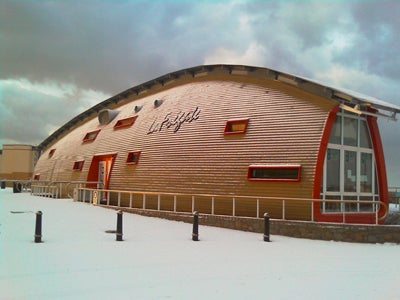 Some of the Design problems that might not be apparent on paper include the lens being simply too big or too small to be handled comfortably; awkward positioning or size of the zoom and/or focussing rings; poor balance; insubstantial feel and anything related to its accessories.

To be fair, however, many lenses score highly for Design these days and those that don’t are most likely to be let down substantially by aspects that relate to the focussing ring (either it is so small as to be virtually useless or it occupies a prime location but rotates in AF mode, limiting the user’s ability to take a firm hold on the lens).

Turning to Performance, typical issues include such things as; poor AF speed and accuracy, distortion and aberrations, problems when fitting and removing lens caps with gloved hands, awkward balance, lens hood issues (storage, speed to fit and effectiveness in use) and anything else that means the final pictures are worse (or better) than might have been expected.

It is very rare for a lens to escape with no failings in the Performance category. It is also the case that the overall Performance score is the single most useful indicator of how well the lens works in the real world – but with an unavoidable bias towards what I personally think it is reasonable to expect from the particular lens in question.

As has just been acknowledged, both Design and Performance are influenced by subjective factors and personal expectations. They are entwined yet respectively indicate how well the lens works in isolation (the sort of conclusion I would draw if I handled the lens on a camera body in a shop) and a combination of how well it works in the field coupled with the overall quality of its images. Personally, I would be prepared to accept some minor handling difficulties if the overall Performance were exactly what I want: my guess is that most serious photographers would feel the same way.

So at the end of this three-part explanation of What Digital Camera’s lens scores mean I’m going to finish by reiterating my earlier “health warning”. Buying any lens is a highly subjective activity and should never be done on the basis of third party reports alone. Instead you really must go into a shop and experience the lens in-the-flesh. And once you have done that, make sure that you buy the lens you have experienced because, as some of What Digital Camera’s tests have shown, there can be a certain amount of variability between different examples of the same lens. Long live local camera shops!