So there I am with my Spanish friend Nestor, who had just rescued me from a potentially difficult situation – more about that later – enjoying a beer in the still quite warm evening air, even though it’s late-November in Barcelona, and talking about digital cameras.

Now, he is a keen photographer and travels extensively. He has a mid-range DSLR and is very good at seeing the photographic potential in many different situations. However, he tells me, just like 99% of other people do, that he always keeps the camera on auto mode. Why, I wonder, do so many people do this when they have invested a not inconsiderable amount of money on some decent kit and who aren’t necessarily technophobes? His answer is the same too. “I can’t be bothered with all those programs, menus and controls’, he tells me. In fact the more ‘controls’ cameras seem to have the less they get used, a striking irony of the phrase, ‘less is more’. Well I always try to explain why you should try and get away from ‘auto’ everything because at the end of the day it’s really quite simple and takes a matter of seconds to get it right.

I got my camera out and showed him some shots I had taken in Barcelona’s famous Boqueria market that morning. Now, I very rarely have the camera set to auto anything and in the market, which is indoors, I certainly didn’t have it set on AWB, a setting I try to avoid at all costs. I could see that the lighting was quite varied with fluorescent tubes, tungsten bulbs and some fittings that I just couldn’t make out. Now, before I took this shot of some smoked herrings (A: below), 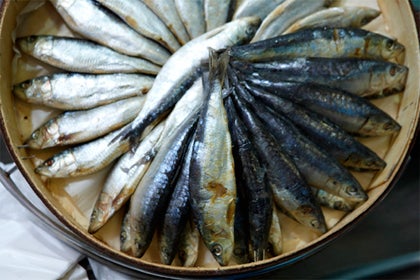 A] White balance set to Tungsten

the white balance was set to tungsten as that suited the conditions on my last shot. However, when I looked at it on the LCD all the wonderful golden smoky colour had been lost and they just looked like normal fresh herrings. I then decided that the predominant light must be a mix, so I changed the white balance to Auto (B: below). 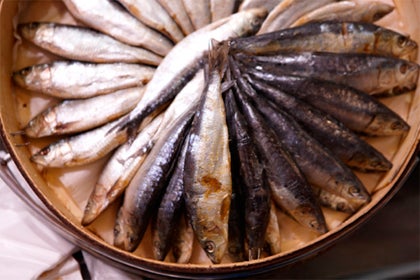 B] White Balance set to Auto

Now, the fish had taken on a magenta cast that looked worse than the first shot. I then wondered whether the bulbs on this stall were in fact daylight balanced and set the white balance to 5,200ºK (C: below). 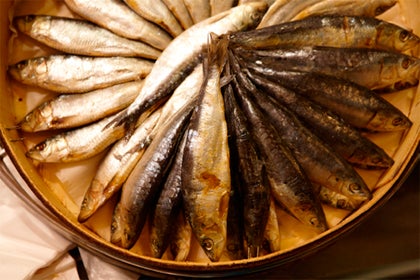 Sure enough the fish now recorded the correct colour and looked like the smoked fish that I saw before me with my own eyes. How long had this taken me to work out? I would say half a minute at the most.

I then showed him another example of shooting in daylight where the AWB shot was completely at odds with what I originally saw (Example D, below) and not a patch on the one where I had selected my own setting of 5,200ºK. (Example E, bottom). 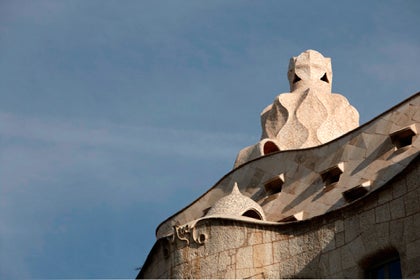 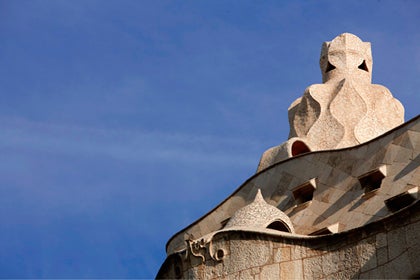 Just look at the clarity of the sky. The AWB shot looks almost like an overcast day. These controls on our cameras are there for a reason, so let’s use them.

There are many other examples where having the camera set on auto can just ruin a great shot, but let’s just reinforce my golden rule; if you’ve got a knob… er, function, then for goodness sake use it!

So how had Nestor rescued me? Well even though I like to think I am the experienced well-traveled photographer, even I can take my eye of the ball and concentrate too much on white balance settings. That morning in the Boqueria market someone helped themselves to my wallet, which contained credit cards, cash, drivers licence etc. I only discovered this after I had sat down and ordered something to eat and dink and then found I didn’t have the means to pay for it, so muchos gracias, Nestor. And it goes without saying that the next meal is ‘automatically’ on me!