What is depth of field?

Depth of field describes the range of distances in an image within which objects are deemed acceptably in focus. A lens only focuses on one particular distance, but by changing the depth of field it is possible to decide whether what’s behind and in front of this point is also comes into focus. 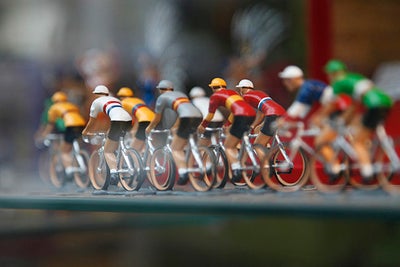 Image: An aperture of f/4 was used to isolate just a few of these models from the rest. Taking the image at an angle has also restricted depth of field.

What affects depth of field

Knowing what affects – and therefore, how to control – depth of field is important, as it allows the photographer to place emphasis on particular subjects within a scene. Portraits, for example, benefit from shallow depth of field where focus is placed only on the subject, so the photographer will typically take steps to isolate them from other elements. Conversely, landscapes usually require the opposite effect, in order to make sure everything in both the foreground and far away into the distance is rendered sharply.

How you can change depth of field

There are three main ways in which a photographer can change depth of field: 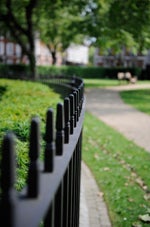 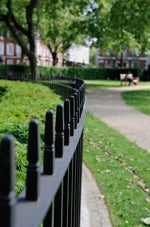 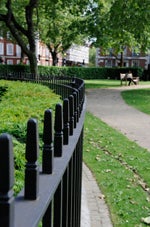 As a general rule, at any given focal length the smaller the aperture the greater the depth of field.

Depth of field within an image also depends on the point of focus.

The rule here is that focusing further into the distance results in greater depth of field than focusing close-up. However, as the focus point moves further away, the ratios of acceptable focus in front of and behind the subject also change. Whereas the two are roughly equal when shooting close up, as the point of focus moves further into the distance depth of field increases behind the subject to a greater degree than it does in front of it.

It is often written that shorter focal lengths produce more depth of field than longer ones, and to a degree this is true.

It is, however, contested by those who claim that differences only arise because of changes in magnification. Two images taken so that a subject fills the same proportion of the frame may be taken by two lenses with different focal lengths, but the picture taken with the wider lens needs to be taken closer to the subject or else the subject will be recorded too small. However, while this will create two images with subjects of the same size, the area behind the subject (if we assume that it is only the subject which is focused) will appear different, mainly because the wideangle lens has a greater field of view.

The result is that the wider lens appears to render an image with a sharper background, as the subjects in the background are smaller. If we assume that these subjects in each image are as sharp as each other, the details within the wideangle image will still appear sharper as they aren’t as magnified – and close examination of two such images shows this to be the case.

So, while some changes are to be expected between different lenses, the actual difference in terms of sharpness between the same two areas is likely to be negligible. 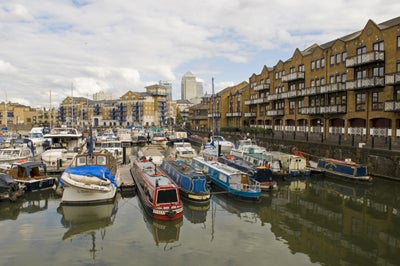 Image: An aperture of f/11 has provided enough depth of field to to maintain sharpness in both the foreground and background of this image.

What else affects depth of field?

The type of camera used also needs to be taken into account, as the size of its sensor affects depth of field. A compact camera with a relatively small sensor will produce greater depth if field than an APS-C or full-frame camera. In some situations this is beneficial, although for other subjects a photographer will require the shallower depth of field (and greater control over it in general) that is offered by a camera with a larger sensor.

So if the photographer requires complete front-to-back sharpness, why not simply use the smallest aperture possible?

There are two reasons against doing so, the main one being an effect most noticeable at smaller apertures known as diffraction. Diffraction is caused by the wave nature of light, and how its behaviour changes when it passes either through an aperture or against the edge of a subject. Past a particular aperture the effects of diffraction will outweigh the larger depth of field, and so will cause the image to lose sharpness and definition.

The other reason is that it isn’t always practical to use a smaller aperture, as decreasing apertures requires an increase in shutter speed. This is less of a concern when using a tripod, but when sufficient depth of field may be obtained at a larger aperture, using it sidesteps the detrimental effects diffraction has on an image.

Depth of focus and depth of field are two separate terms, which should not be confused.

Whereas depth of field describes the area around the subject which is in focus, depth of focus is a measurement of how far the sensor can be moved away from the optimum point of focus, and still produce an acceptably sharp image.