Polaroid cameras and other instant cameras vs digital cameras 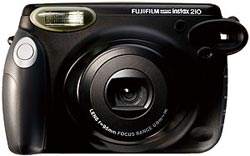 Polaroid cameras and other instant cameras

Look hard enough and you can still see the signs which indicate that the days of film are far from over. In some circumstances professionals still opt for the negative over the Raw file, and manufacturers continue to develop and release new emulsions.

Of course, it’s true that digital photography may have the benefit of being very much an instant process, but it’s easy to forget that there’s an even quicker way of getting images from capture to print.

Instant film cameras, such as those manufactured by Polaroid, long enjoyed popularity with both the consumer market and the professional requiring an speedy way of assessing exposure and lighting.

Today, they have been overlooked in favour of digital cameras, which combine the benefits of long-term cost, storage and control over operation, but some still prefer to stick with film. So what issues surround using them in a digitally dominated market?

Although you shouldn’t expect to find a range of instant cameras like you can with digital, there still are cameras from both Fujifilm and Polaroid which are available to buy brand new. 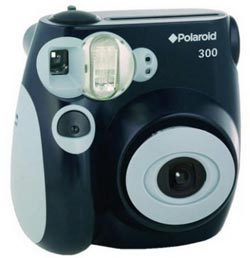 The Polaroid 300 was released earlier in the year; it offers four scene modes together with a flash, while images are captured on credit-card sized film. The Fuji Instax 210, meanwhile, offers a large grip and a retractable lens, as well as a flash.

Both cameras retail at around £60-80 from well-known online retailers such as Amazon and Play.

The Lomography shop also offers a number of models which are otherwise hard to find, including a range of Fuji Instax Mini models and the Fuji Instax 200 Wide Camera, the latter of which uses a wide-format 6.2cm x 9.9cm paper.

The widest variety of instant cameras in perhaps to be found on Ebay. These range from current models sold by more established companies to more obscure cameras which have long been forgotten by many.

Unless you plan to buy a camera simply for its novelty value, though, it’s essential you check that film is still available for it, as there’s a good chance that it isn’t. The Polaroid Joycam, for example, is being sold on one popular website for just £6 brand new, although almost every review of the product mentions how worthless it is as the film it uses is almost impossible to track down.

Can you still get Polaroid film?

This isn’t to say, however, that film isn’t being manufactured for these camera’s anymore. The Impossible Project, formed in 2008, has continued to produce film for Polaroid cameras since taking over one of the company’s old factories, and its website offers a range of emulsions for different models. Film is also still available from more mainstream retailers such as 7dayshop, although admittedly the range on offer is limited. 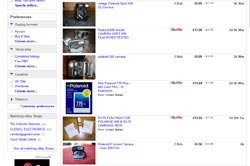 Another worthwhile place to look is Ebay, although be aware that many emulsions may be outdated (which the seller will usually mention). This type of film can still yield good results if it has been stored appropriately, but it’s perhaps better suited for more experimental photography.

It’s becoming difficult to find film for some of the older and less successful models, although certain films which are no longer produced do appear now and again. Again, this is more likely than not to be outdated.

So what’s the point of instant cameras?

You may be wondering why anyone would buy such a camera today, particularly as digital cameras can be bought for the same price.

The additional expense of film also doesn’t do much to recommend them. But some people consider it to be a price worth paying, as it ultimately produces something that’s different to a digital file. When practically all images are created in a similar way, it’s easy to see the appeal of something that strays from the obvious.

For the same reason, perhaps, there still exists a community of photographers who choose either traditional means of film capture, or go down the route of using Holga cameras and Lomography.

These more experimental practices tie in well with using up outdated film and cross-processing, as again, the end result is unique. It’s true that image editing programs and iPhone applications may be capable of results that are virtually indistinguishable from the real thing. But however good these become, for some people the satisfaction from doing things the hard way is something that can’t simply be replicated digitally. 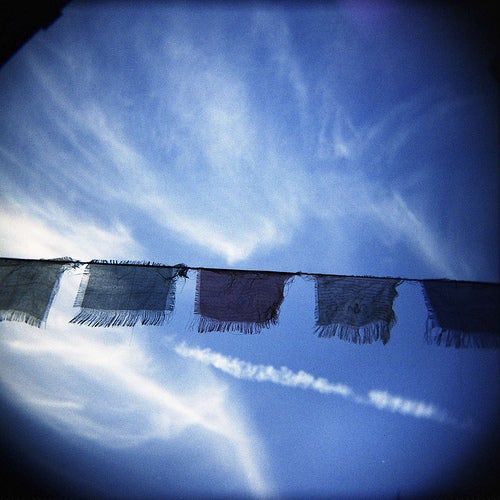