In our article DSLR vs hybrid cameras we investigate how the new breed of micro system cameras (hybrid) compares to the more traditional DSLR, and what the future holds for each format

Micro system cameras may have only been available for the past few years, but in that time they’ve significantly reshaped the equipment market for photographers.

It’s to easy see their appeal, be it to novice photographers looking for their first interchangeable-lens cameras, or enthusiasts looking for a backup to a more expensive DSLR, or simply as an alternative option to high-end luxury compacts.

With a growing number of manufacturers having released such models, as well as those promising to join the party soon, it certainly seems as though the format will be well catered for in the coming years.

So where exactly does this leave DSLRs? After all, it is these which many have looked to as the next step up from either film cameras or digital compacts. Manufacturers claim that their bulk and weight, as well as the complexity of their operation, have put potential buyers off, thereby justifying the existence of their hybrid offerings. While this certainly makes sense, it seems unlikely that such hybrid models will entirely replace the DSLR – at least anytime soon. But if you’re torn between the two systems, and you simply want to weigh the advantages of one against the other, what should you be considering?

One of the major selling points for hybrid models is their portability. Hybrid models lose the mirror box of the traditional SLR, and with it the optical viewfinder. This allows manufacturers to make them considerably smaller and lighter, with the smallest of these models on a par with high-end compacts such as Canon’s PowerShot G11.

This benefit extends to the lenses for such cameras, and means that overall they can deliver results akin to those from entry-level DSLRs but with less of a burden on portability. Once a lens is attached, however, they become less pocket-friendly than enthusiasts compacts, whose lenses tend to retract into their bodies.

Small bodies can, however, impact on how a camera handles and its operation, so it’s refreshing to see hybrid models varying between those resembling enthusiast compacts and those leaning towards the design of a DSLR.

This way, the DSLR owner looking for a hybrid backup can find one with a similar form to their current camera, while those looking to upgrade their compact don’t have to compromise too much on size. Either way, a smaller camera may make you more inclined to take it out with you in situations where you would automatically rule out taking a DSLR – and that can only be a good thing.

The specifications we are used to seeing on DSLRs have carried over well to hybrid cameras. Manual control over exposure is typically provided with aperture-priority, shutter-priority and manual options, but scene modes and other automated modes have been maintained for beginners.

Manual focus is also possible, although not all focusing systems are the same. If you are used to the using a manual focusing ring which mechanically shifts the elements within a lens, you may be put off by the system on some lenses which electronically steps the lens through regular increments as you turn this.

DSLRs and hybrid models also focus differently, as the construction of a hybrid camera can’t allow for the fast phase-detection AF system of a DSLR. Instead, it uses the same contrast-detection method found in compacts and when using live view on DSLRs, which this is noticeably slower. Within the short time that hybrid models have been available this has steadily improved, and some can more or less compete with entry-level DSLRs in most situations, but it my still take a while for the system to (quite literally) get up to speed.

Something else to consider is whether you are happy to compose images without using an optical viewfinder. Although the electronic viewfinders on certain micro system cameras rank as the best available, they are nevertheless different to optical viewfinders and may not be to everyone’s taste (particularly when panning a subject, for example, where the feed jerks around as it attempts to keep up with the subject).

Some viewfinder-less micro system models also allow you to mount an external viewfinder in their hotshoe, although this incurs an additional expense and also means that an external flashgun cannot be used at the same time.

It is possible to buy an optical viewfinder for certain models in the Olympus Pen range, but these again are mounted in the hotshoe and so only work at one particular focal length. 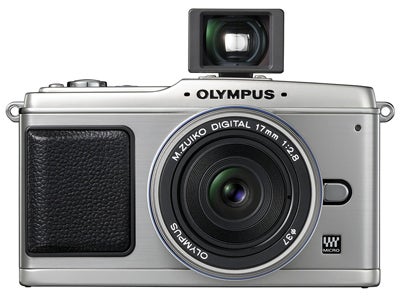 It’s possible to buy both electronic and optical viewfinders for hybrid models, which fit into the hotshoe of compatible models.

Most DSLRs recycled the mounts of existing film cameras, which ensured people with lenses from a particular system didn’t defect elsewhere. This meant that anyone with a particularly venerable collection of optics could bring them back to life in the digital age, or alternatively, could seek out older lenses at bargain prices to use with newer DSLRs. Of course, many of these lack the ability to autofocus, and those that would are likely to have slower and nosier motors, but many will consider these to be trivial concerns if it means being able to use an old lens again.

Although the mounts of current hybrid models are all essentially new, older lenses can still be used via adapters designed for that mount. Third-party manufacturers such as Novoflex have released adaptors for the Micro Four Thirds system which accept a variety of optics from different mounts, such as the Leica M series, Pentax, and Canon FD, while Olympus has continued support for its OM series of lenses with its own adapter. Aside from focusing issues, it’s also worth paying attention to how bulky such a set up becomes, when a camera, adapter and older optic are used together. 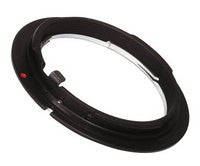 Adapters are available to make older lenses from different mounts compatible with the new range of hybrid models.

So far, the image quality we’ve seen from micro format models has certainly been encouraging.

This shouldn’t come as too great a surprise as their sensors are either similar or even the same as those used in previous DSLRs – and as manufacturers focus their efforts on their micro models, it’s likely that this will get even better as changes to the sensor and processing engines are made.

But while hybrid models can, overall, stand up well against the quality of APS-C and Four Thirds DSLRs, they can’t fare quite as well against full-frame offerings such as the Nikon D3s and Canon EOS 5D Mark II.

This is an inevitable consequence of being limited by a smaller sensor (as the pixels themselves need to be smaller) which means that full-frame models are unlikely to face any real danger of being bettered. Add to that the range of full-frame lenses, build quality and ergonomics, and a wealth of options which set professional-grade DSLRs against the rest, and it should be clear that these are still very much the best option for the professional user.

This also poses an interesting question: what kinds of hybrid models will we have in the future that people would consider as worthwhile upgrades? Currently, the DSLR market isn’t short of prosumer models such as Canon’s EOS 50D or Nikon’s D300s, which users will typically consider once they feel they’ve outgrown their current models. In contrast, the most expensive hybrid model at the moment is the Panasonic Lumix GH-1, whose only significant benefit over its cheaper siblings is its 14-140mm lens and stereo microphone.

There is, however, the interesting recent development of video cameras from both Sony and Panasonic, each within the same system as its hybrid offerings and thus accepting the same lenses. If nothing else, this presents an upgrade path for those looking for movie recording combined with decent still capability, particularly is the former is to be taken more seriously. 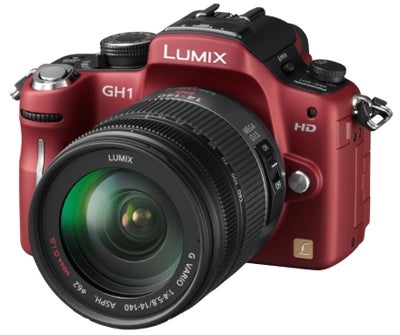 Panasonic’s GH1 offers a 14-140mm lens and stereo recording as standard – both designed for video capture.

It’s a safe wager that both DSLRs and micro system cameras will continue to be developed over the coming years, and the enormous push behind the latter suggests that manufacturers aren’t simply flirting with the concept – particularly as, so far, the format has done much to impress.

As DSLRs have matured and hybrid systems have done well to catch up, it’s not entirely clear what the next step will be for either format, outside of the improvements to autofocus systems, high-ISO settings and LCD screens that we expect from newer generations of cameras.

Consumers shouldn’t feel limited by a hybrid model with a 12MP or 14MP sensor, as this is the same as what many DSLRs offer. But, while the pixel race has decidedly slowed over the last couple of years, it’s likely that manufacturers will continue to slowly increase the pixel counts of their DSLR sensors as technology progresses, notably for prosumer models (as exemplified by the recent Canon EOS 7D).

It’ll be interesting to see how great a dent hybrid models will make in the professional stills market, particularly as they have recently encroached onto professional video territory. But currently, it’s safe to say that DSLRs maintain the lead for more serious stills photography – until hybrid offerings can equal their capabilities, it’s likely that this will remain the case. 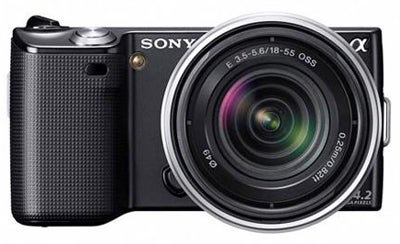 The Sony NEX5 – One of the latest hybrid models to have been announced, featuring an 14.2MP APS-C sensor