Round Up: Video Editing Software

The vast majority of new stills cameras can shoot video at a decent level of quality, some capable of HD capture. Although the sharpness and colour may be excellent, few people want to sit through hours of raw footage. With an editing program you can cut, edit, add fades and titles to your footage for an altogether more pleasing end product. 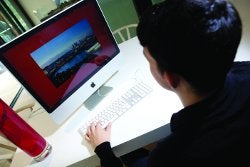 With both Mac and PC setups various levels of software are available, from absolute beginner packages like Windows Movie Maker and iMovie, up to professional options such as Adobe Premiere Pro and Apple’s Final Cut.

Each gives a similar set of tools, allowing for the footage to be shortened or split and then a variety of fades, or transitions, placed in between. These range from basic dissolve through to more involved ‘3D’ animations, giving projects a touch of individuality.

Titles are similarly open to a degree of flexibility, with fonts, colouring and placement all open for interpretation. Some programs, such as Premiere Pro, allow for files to be imported from Photoshop, meaning the invisible Alpha channels can be understood. This makes for far more creative control over title sequences and more besides, as the two programs can share information to add or remove elements from the video.

Audio is also a consideration, as each DSLR or compact will record sound of some variety. In windy conditions or if loud sounds are being played in close proximity to the camera the audio can distort, necessitating a separate audio track being placed over the top.

Even the most simple editing program can perform this task, giving you the opportunity to copy music over the top of your existing sound or adjust the pre-existing audio to fade or increase volume, or remove unwanted elements. 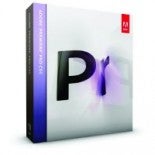 It has the ability to edit from an almost infinite number of tracks, as well as compatibility with virtually any video format.

Multiple monitors can be used, with one for a full preview if necessary. 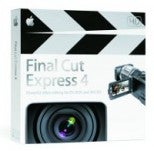 A scaled-down version of the pro editing program Final Cut Pro, designed more for the advancing amateur. As an Apple product it’s Mac only, but seen as the best equivalent to Adobe Premiere Pro on the system. Those stepping up from iMovie can even import existing projects.

Corel’s VideoStudio Pro X6 gives the big pro software programs a run for their money by offering some impressive functionality in a consumer-priced package.

Despite its features, it’s pretty easy to use, comes with a host of professional-styled templates for you to use, and outputs to a wide range of devices.

A step down from the full Premiere Pro and as such has a few more limitations, but is extremely beginner-friendly offering such features as motion tracking, auto editing, and simple exporting.

With both a Mac and a PC version available, Premiere Elements is a recommended step between beginner and pro software. 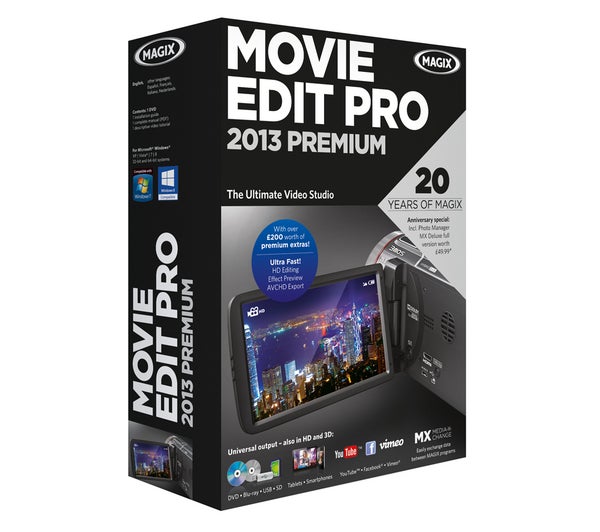 Magix Movie Edit Pro sits somewhere between Premiere Pro and Elements on the PC, offering a decent number of options without being overloaded. The sheer number of effects on offer, which is beyond 1,500, makes it possible to customise any project to fulfil very different creative results.

Adobe’s subscription-based Creative Cloud model offers a single-app plan which will allow you to download and use Premiere Pro for £17.58 per month. The cloud-based service means you’ll have instant access to software upgrades and Adobe’s online cloud storage, though be aware that it does require an annual commitment.

For other image editing software visit…