Despite its compact proportions, the sensor inside Fujifilm’s X-E1 is APS-C size, meaning that the Zeiss 32mm is effectively a standard lens for this camera. This is based on the rule that defines the standard focal-length as the diagonal measurement of the sensor.

The point about standard lenses is they give a field-of-field that approximates to that of the human eye, and Zeiss’s 32mm certainly does that on the X-E1 body.

As was the case with the Zeiss 12mm lens reviewed previously (WDC, April 2014) first impressions are excellent, not only thanks to superb packaging but also the streamline appearance and solid feel of the lens.

However, once again it is a shame that a carrying pouch has not been included to protect the lens from dust and minor knocks when it is not in use.

Apart from a slight flare out from the lens mount, the lens is cylindrical through the majority of its length. The mechanical aperture ring has a smooth rubber grip and is click-stopped in 1/3 EV steps but there is no lock to secure it in its A (automatic) position.

The manual focussing ring, which sits in front of the aperture ring, just forward of mid-barrel, falls perfectly at finger-tip position and offers exactly the right amount of resistance.

There is neither a focussed-distance scale nor any depth-of-field markings on the lens but that is not important as all of this information is displayed within the viewfinder in an easy-to-read format.

The lens hood covers the entire cylindrical length of the lens when reversed, so blocking both the aperture ring and the focussing ring. It would be nice, therefore, if there were a more elegant solution to the problem of storing the hood, perhaps using a collapsible rubber design of the type that Nikon used to offer for its 50mm standard lenses of old. 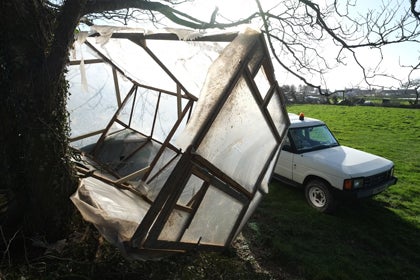 Technical testing revealed a curious MTF curve that dips at f/2.8. To be fair, the dip is at an impressively high level of resolution (around 0.35 cycles-per-pixel) but it appeared during both the original test and a repeat that was performed to check the results.

This may simply be an anomaly or it may indicate that Zeiss has used some clever correction methods to boost wide-aperture resolution. Whatever the explanation, the fact is that this lens returns excellent sharpness right down to f/16 and, more importantly for a fast prime lens, performs best when used wide-open.

There was the faintest hint of pincushion distortion but so slight that it hardly bears mentioning. Similarly, although the colour curves showed a tiny amount of separation on analysis charts there was absolutely no sign of visible chromatic aberration on high-contrast test targets or in any real-world pictures.

Online prices for the Zeiss Touit 32mm f/1.8 X-Mount prime vary hugely, from £570 to £700, so a mean figure of £635 has been quoted here. But even the bottom end of that range is a lot of money for what is simply a conventional standard lens - albeit a very good example of the genre. Nevertheless, with Nikon's AF-S DX 35mm f/1.8G available for under £200, and offering almost equal image quality in many respects, Zeiss's lens looks distinctly over-priced.