The Sony Cyber-shot HX100V updates the popular HX1 superzoom model. Updating the 20x zoom lens with a new 30x optical zoom, the HX100V offers a slightly wider-angle lens (27-810mm equiv) that also adds a manual zoom/focus ring much like the Fujifilm HS10. In use this manual focus ring makes a significant different to the superzoom experience, allowing for precise and particular focusing. Switch it to ‘AF/Zoom’ and the ring controls the zoom mode, although this pre-production model was rather slow to extend through the zoom, something we hope to see rectified for the final release.

The HX100V also includes a new 1080p (50fps) HD movie mode with a lens-based optical stabilisation system that now includes an ‘Active Mode’ to counteract the vertical shake apparent when recording movies on the move. The AVCHD capture (or MP4 is also optional) has a variety of quality settings – with the option to capture 50p, 50i or lower resolution settings using the one-touch movie button. Progressive capture using the HX100V’s CMOS sensor is also a far better method than from a CCD sensor, which should therefore produce better quality files. As this isn’t a final release model it’s possible there will be yet more adjustments in the software, but the quality we saw was already impressive.

The Sony HX100V has a brand new 16.2MP Sony Exmor R CMOS sensor – the ‘R’-designation indicating the sensor’s back-lit construction that lends itself well to low light shooting and improved image quality. Although images aren’t of final production quality, take a look at our HX100V pre-production first look review images gallery to see what you make of the quality. The increment from the HX1’s 9.1MP CMOS sensor to a highly-populated 16.2MP CMOS sensor does seem a little on the risky side, however, as the dense pixel population over such a small sensor size may limit dynamic range, sharpness and overall image quality.

On the HX100V’s rear is a 920k-dot Xtra Fine LCD that has a wide viewing angle and is mounted on a tilt-bracket for vertical adjustment. This makes for easy overhead or waist-level shooting, though it might have been nice for a full vari-angle bracket, as per the Panasonic GH2, to feature. To complement the screen is an Electronic Viewfinder (EVF) with an eye-level sensor to automatically activate it for use. Although this is very useful for using at more telephoto zoom lengths for stabilisation and for counteracting glaring sunlight, the viewfinder itself is rather small. Certainly better to have than not, but this isn’t a leap forward in EVF technology.

The HX100’s ‘V’ designation indicates that, like the recent launch of Sony compacts, the model also features GPS technology. Global Positioning Satellite can be used to add location-based metadata to images that’s useful for cataloguing or interacting with up-to-date web technologies for map placement and the like. The technology doesn’t include any internal sensors to predict underground or ‘off the grid’ locations however – the latest Casio EXILIM EX-H20G, on the other hand, does provide this option in order to continue location tagging when inside buildings and similar locations. 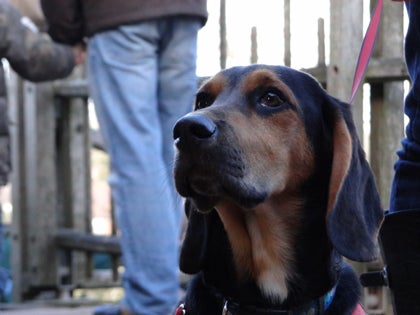 In use and the Sony HX100V feels good in the hand. Although the build is perhaps a little on the plasticy side, the manual zoom/focus ring and actual autofocus itself are impressively quick to lock onto subjects. There were one or two pre-production issues regarding the delay before zoom would ‘take off’, but it’s likely this will be fixed prior to full release.

Other modes also see an update: the HX100V’s Sweep Panorama mode is now ‘Sweep Panorama HR (High Resolution)‘ that utilised a larger portion of the sensor during capture. Rather than producing a small total image, Sony claims that the HX100V’s files will be nearer to the 40MP mark. However, our 4912 x 1080px files tot up to little over 5MP, so it looks as though this mode isn’t fully realised as yet. Also, at the moment, the fixed exposure will often cause issues with certain elements being over- or underexposed and, given the HX100V’s pre-production status, this also meant that an ‘incomplete’ panorama would fill out the ‘missing’ part of the sweep with a block of black (we’ve cropped it out in our HX100V pre-production first look review images gallery, however). 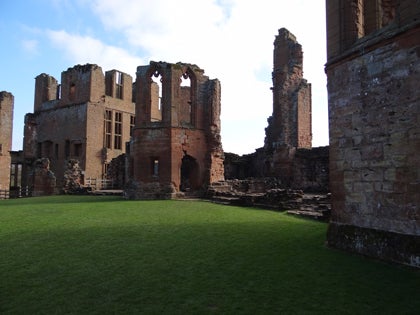 Lastly there’s the addition of 3D. When we first spoke to Sony at CES in Las Vegas we were informed that the latest compacts would take a single frame and use psot-processing to create a 3D effect. In the case of the HX100V this isn’t actually true – the shutter fires twice and meshes the two captured images together into a final 3D image. As, however, the camera doesn’t need to move during capture, there’s a fair limitation on how pronounced the resulting 3D files are. They’re a lot less subtle than a 3D image with two lenses that are much further apart. Furthermore, as is an issue with most 3D technology at the lower end of the market, taking two images doesn’t lend itself well to action scenes or fast-moving subjects – for that you’re best off looking at something like the Fujifilm W3 3D. All in all, we’re not 100% sure about 3D in stills images. There’s still a long way to go, but at least Sony are pushing what’s essentially a ‘trendy’ current feature. It won’t be for everyone, but it’s a step above and beyond a number of other manufacturers.

The Sony Cyber-shot will be released in late April this year and is expected to cost around the £400 mark. A full review as and when we get our hands on a final product.