With the new Sony QX10 and QX100, turn your smartphone into a premium camera

Sony has today announced two possibly game-changing cameras. The DSC-QX10 and DSC-QX100 can link with a smartphone via Wi-Fi to transform it into a powerful camera.

Though they look somewhat like detached lenses, the QX-10 and QX-100 are fully functioning cameras in their own right. Where the phone comes in is essentially as a live viewfinder, trigger and image uploader. The QX100 uses the premium lens and large sensor from the award-winning Cyber-shot RX100, while the QX10 uses the lens and sensor from its 10x zoom compacts. 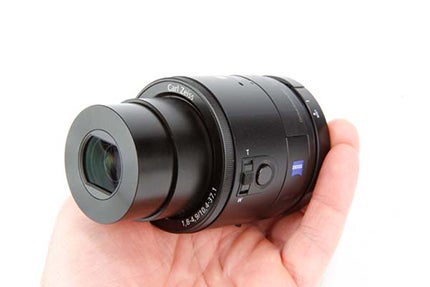 A supplied smartphone attachment allows the QX-10 and QX-100 to affix to a variety of models. This attachment extends to a maximum width of 75mm, enough for most phones but not all – it won’t fit a Samsung Galaxy Note, for example.

However, thanks to the cameras’ Wi-Fi capabilities, the phone and camera don’t have to be physically attached in order to be used in tandem. 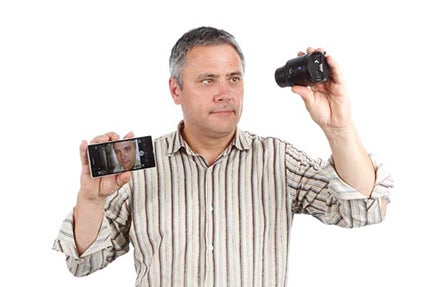 Image: WDC Editor Nigel Atherton takes a self-portrait by detaching the camera from the phone

The phone can be used as a separate remote to fire the shutter from a distance of up to 10 metres, allowing the user a great deal of freedom with camera placement.

You can even do away with the phone entirely, if you can manage without a screen in which to compose your images. 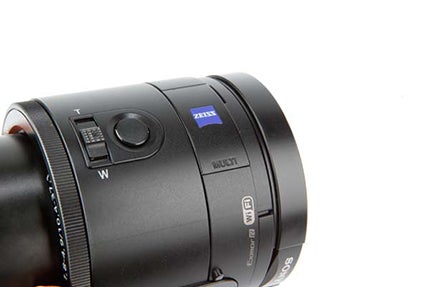 Both cameras are compatible with SDHC/SDXC memory cards. Full resolution images are stored on the card (jpegs only, there’s no raw option) while 2MP versions can be sent to the phone via Wi-Fi.

The QX100 and QX10 are also Near Field Communication (NFC) compatible, meaning users with NFC-enabled phones can employ one-touch connectivity.

We’ve already managed to get our hands on the DSC-QX100, which you can see in our preview video:

Unlike the QX100, it does not sport a dedicated manual control ring and thus can only focus with Single-shot or Touch AF. 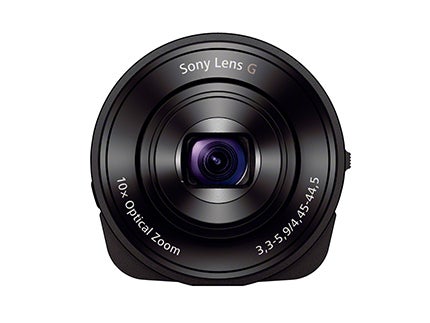 Both cameras include Sony’s BIONZ image processor, Optical Steadyshot and full HD video. A number of Auto modes are available, including Superior Auto, which Sony says is capable of automatically recognising dozens of different conditions and scenes. 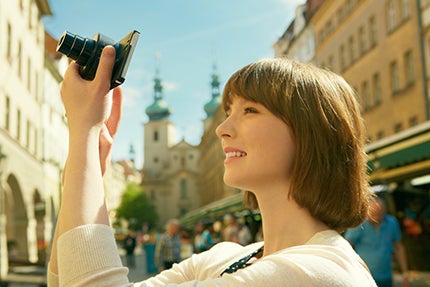 Image: The QX10 in action, tethered to a smartphone

Both the Sony QX100 and the QX10 will be available from the end of September 2013. Pre-orders are available now from sony.co.uk.