The latest NX camera ensures i-Fn capability straight from the box. But are there enough extra new features to get really excited aboutu2026?

The Samsung NX11 is the latest release in the company’s line of Compact System Cameras, updating the original NX10 release. At first glance the NX11 is very much like its NX10 cousin, as the majority of original features and specification have been retained for this release, coupled with a handful of new modes and developments.

First and foremost is the i-Function lens compatibility straight from the box, supported by the new 18-55mm i-Fn lens. In a nutshell the i-Fn option is an additional function button located on the lens itself to allow for quick access and adjustment of the most commonly used options such as aperture, shutter and ISO. Whereas the NX100 – the camera to debut this feature – didn’t have an electronic viewfinder as standard, the NX11 does which means it can benefit from reviewing the i-Fn settings in real time either through the viewfinder or on the rear screen.

Elsewhere much remains the same as the previous release: the rear screen is a 3in OLED (not LCD) design that has a far better contrast ratio, fluidity in playback and lower power consumption; the sensor is the very same 14.6 MP APS-C size CMOS; the viewfinder an electronic 920k-dot (VGA) resolution; and HD movie mode can be captured at 720p in MP4 format (using H.264 compression).
Of course there are some changes: the body design has been ever so slightly re-crafted by featuring a more ergonomic hand grip; the autofocus system has been improved for faster focusing; top-end sensitivity is now to ISO 6400; a new Panorama mode can capture panoramic images by rotating the camera in real time; and a Lens Priority ‘i’ mode on the mode dial automatically selects the best settings based on the i-Fn lens attached to the front of the camera.

As well as the camera release a new lens cabinet at this year’s Consumer Electronics Show (CES) 2011 housed all of the forthcoming lenses (bar one, the 16-80mm). To see the physical proportions of these gave a good projection of how well each of them would fit to the camera body and the full list – 18-200mm f/3.5-5.6 OIS, 16mm f/2.8, 60mm f/2.8 OIS Macro, 85mm f/1.4 and 16-80mm f/3.5-4.5 OIS – certainly makes for good reading. Come the end of this very year all these lenses will be available to buy (their respective releases are staggered however) and that’s one of the things that will make the NX11 an all the more attractive purchase option.

There’s no denying that the NX11 is essentially an NX10 with updated firmware and a couple of extra modes added for good measure. It’s less of a landmark NX release and more a way of updating the range to coincide with the release of new i-Function lenses. Indeed even the 18-55mm f/3.5-5.6 and 20mm f/2.8 are re-released with i-Fn specification – something that seems integrally important for the NX camera range to have as a level playing field across all its camera bodies. Although this may sound like an oversimplification of what you’ll get, it’s unlikely than many NX10 owners are going to trade in their camera to upgrade, quite simply because the firmware already exists for the older camera to allow i-Fn lens operation. Of course the NX11 will be ready to go from the box to save any faffing around, plus the 18-55mm kit lens included is also the i-Function version.

There are relatively little changes elsewhere, however, and in an interview with Hyunjung Hong and Choonghyun Hwang – both Vice Presidents of Digital Imaging’s Sales and Marketing – it became clear that the NX11’s image quality and processing are identical to the previous model. Although there’s the option of shooting with an extra stop’s worth of ISO sensitivity, the actual processing is the same as before and, therefore, so will be the resulting image quality.

It’s with the NX11’s autofocus where we see some positive progression. Though, without having both the NX10 side by side with the NX11, it’s tricky to judge the difference in speed between the two models, and often it’s accuracy and close-focus distance that are integral. We look forward to fully testing this out when we have a final full-release NX11 model in hand. 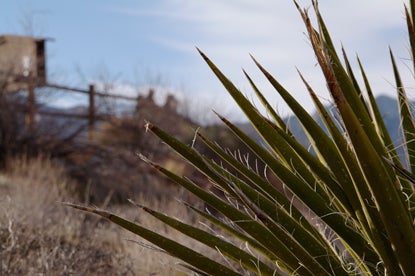 The new Panorama mode works well. The Samsung version is unlike the Sony Sweep Panorama in that the shutter remains open for a continuous feed compared to clattering through dozens of (noisy) frames. Plus the Samsung can be used both horizontally or vertically in either direction for yet more creativity. The only qualm with it is the size of the files – at less than 900 pixels high, they’re perhaps a little smaller than we’d like a large panorama to be, which will potentially limit their use for a number of applications. The actual process and stitching proved to be accurate in our initial testing, but it just needs to use a wider portion of the sensor to generate bigger files (on the assumption that the processing capability wouldn’t be maxed out).

It’s perhaps a bit of a shame that a new electronic viewfinder with a higher resolution and refresh rate hasn’t seen the light of day as yet. Such a feature would be a massive step in blowing the competition out of the water and an area where all Compact System Cameras need to make haste in order to attract a wider, more discerning audience (it’s not just Samsung that needs to step up a gear in this department, it’s any manufacturer producing electronic viewfinders). On the other hand the NX11 certainly does get the rear screen right as OLED is a great format that’s visibly better.
Really it’s the lens map that makes for the most exciting prospect of all. The base camera body put aside for one moment and the potential provided by these lens options will change the possibilities for shooting. Using the 18-200mm f/3.5-6.3 was a great treat and, despite the lens being some months away from final release and full operability (it gave us some issues in use), still provided an invaluable insight into what’s to come. 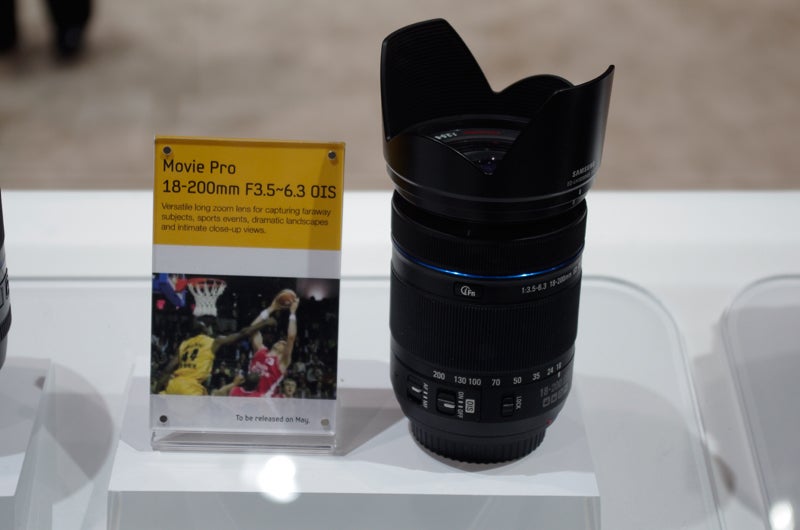 An updated NX10 is no bad thing, as the original camera was already decent and the NX11 makes it an even better prospect yet. Perhaps we were hoping for a more major release (something that’s probably due later in the year), but as it stands the NX11 will make a great buy for those looking into the NX range for the very first time.