Samsung has put its DSLR expansion plans on hold while the company concentrates all its energies on its forthcoming new interchangeable lens hybrid camera system, the NX.rn

Speaking to UK journalists at the IFA conference in Berlin, Samsung’s Vice President of Strategy Marketing for Digital Imaging Seung Soo Park (below) said that Samsung has no plans to introduce a successor to its GX20 DSLR for the foreseeable future. This is to enable the company to focus entirely on its new hybrid system, which features a mirror-less camera body and interchangeable lenses. 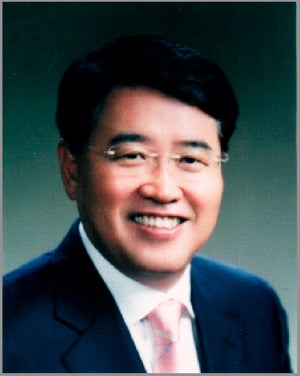 Park stopped short of saying that Samsung was withdrawing from DSLR altogether but it’s no secret that Samsung’ has not managed to gain the kind of foothold in the highly conservative DSLR market that it had anticipated, and Park made it clear that Samsung sees a much brighter future in the burgeoning hybrid market. Indeed he predicted that the total market for mirror-less interchangeable lens cameras, which includes the Samsung NX and Micro-Four Thirds cameras such as the Panasonic G1, GH1 and GF1 and the Olympus E-P1, will grow to 20% of the entire digital camera market. Mirror-less hybrid and MFT cameras offer the benefits of smaller size and smaller lenses than DSLRs, which by definition must incorporate a mirror and prism assembly for the viewfinder.

Park’s announcement follows the news that Panasonic has ditched its DSLR ambitions to also concentrate on its mirror-less G series cameras.

Below: The Samsung NX series is Samsung’s current focus of attention. The first camera in the range, believed to be called the NX10, is expected to be launched in late 2009 or early 2010. 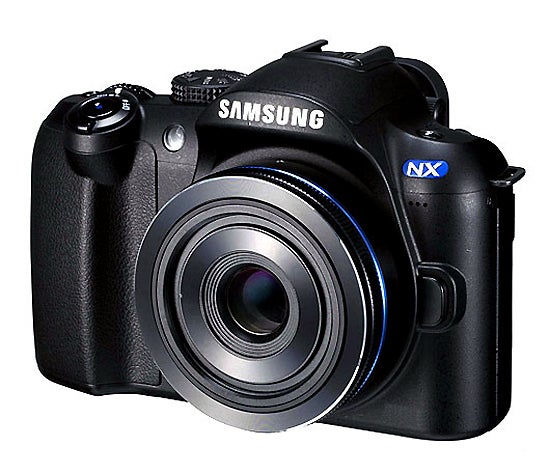 Below: The Samsung GX20, which will not be seeing a successor for the foreseeable future. 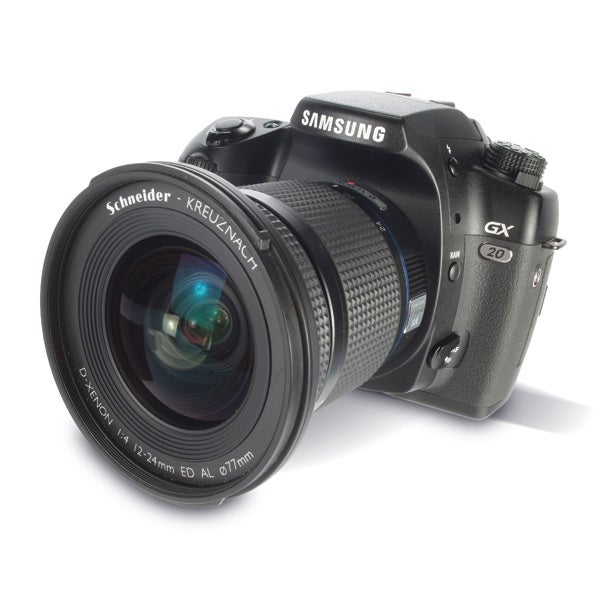