Sigma has revealed that the new Sigma 18-35mm f/1.8 DC HSM zoom lens that’s designed for DSLRs with APS-C sized sensors will be priced at £799.99 when it reaches retailers at the end of July.

Featuring a fast maximum aperture of f/1.8 and a focal length that’s equivalent to 27-52.5mm on Nikon APS-C DSLRs and 28.8-56mm on Canon DSLRs, the Canon and Sigma mounts will be available first in early July, followed by the Nikon mount at the end of the month. 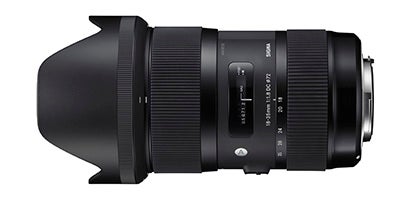 The construction of the Sigma 18-35mm f/1.8 DC HSM is made up of 17 glass elements in 12 groups, with nine rounded diaphragm blades to create an attractive circular bokeh at large-aperture settings. Sigma’s Hyper Sonic Motor (HSM) is also featured to ensure the AF performance is both fast and silent. By optimising an AF algorithm, Sigma claim a smoother autofocus performance has been achieved. The lens also supports full-time manual focusing.