Ricoh has introduced the Pentax K-S1, an unconventionally designed DSLR aimed at the entry-level user

Inside the new Pentax K-S1 is a newly developed CMOS sensor with 20.12 effective megapixels.

It does not feature a proper anti-aliasing filter, opting instead for the AA-simulator we first saw on the Pentax K-3.

Twelve different colour variations are available, which Pentax says should be enough to suit anyone’s personal style and taste, including not only the standard Black and Blue but also such unusual shades as ‘Sunset Orange’, ‘Dusk Gold’ and ‘Dawn Purple’ (see top for the full selection). 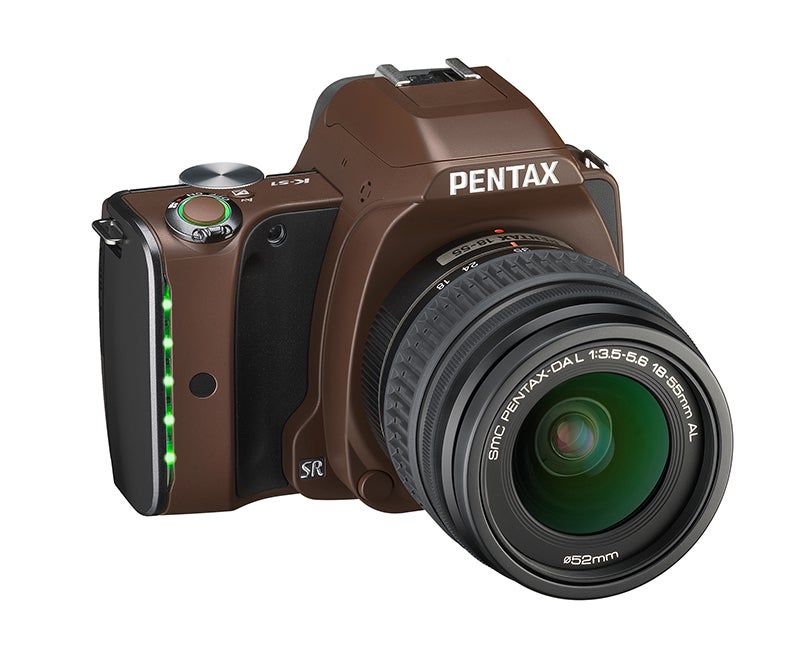 The unusual shape of the Pentax K-S1 is a result of its new LED body illumination, which indicates the current status of the camera.

The LEDs stay green, as pictured, when the camera is shooting stills, but turn red during Full HD movie recording.

Connecting the camera to a smartphone is possible via a separately purchasable Flucard for Pentax 16GB memory card.