Less than 24 hours after our last Olympic news story, Olympic organisers have cracked down again on the type of camera equipment spectators can and can’t take with them to Olympic venues.

Speaking to Amateur Photographer (AP), a spokesman for the Olympic organiser Locog has said ‘One camera with a 35mm (focal length) lens is fine but anything more is considered professional equipment and is too large for spectator seating.’

The new rule that’s effective from today means that any member of the public that wishes to take photographs of the Games from their seat cannot take a telephoto lens. No comment however have been made on bridge cameras that may feature extremely long focal lengths. 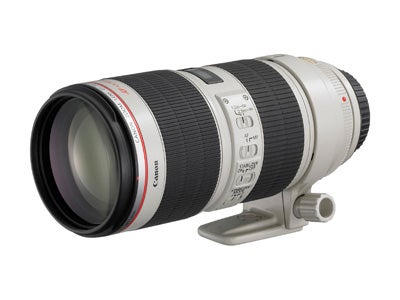 Take a 70-200mm telephoto zoom to the Olympic Games and you’re likely to be refused entry to sporting events according to today’s revised rules by Olympic organiser, Locog.

Should you attempt to visit the Olympic Games with a zoom lens attached to any form of interchangeable lens camera there’s an increasingly high risk you’ll be restricted entry.

This news follows the ban of all interchangeable lens cameras at Wembley. Only accredited professional photographers with official press passes will be allowed to use DSLRs and CSC’s from within the stadium.

Locog has previously expressed concerns that camera gear interferes with spectators’ view and that people may record shots of sports action for commercial purposes, or upload their images to YouTube.