Flaghead Photographic has announced an updated version of the Ray Flash Ringflash adapter, which allows for conversion of a flashgun into a ring flash.

The Ringflash Adapter clamps onto a hotshoe-mounted flash unit and uses a non-electronic system of acrylic light channels and reflectors to evenly distribute the light around the ring’s diameter.

The effect created is similar to studio-quality ringflash equipment. Unlike these, however, the Ringflash Adapter is light (540g) and non-tethered. 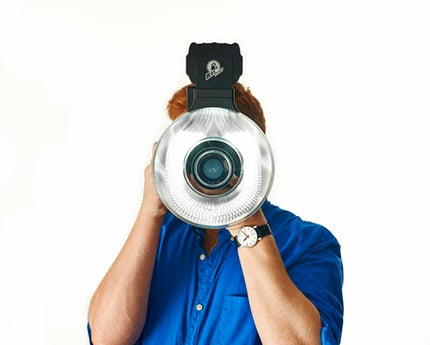 Image: The Ringflash Adapter bends light from a flashgun to create a wrapping effect

In our review of the original Ringflash Adapter we praised the efficacy of the product but were put off by the £187 asking price. The manufacturers appear to have listened – the latest model costs a more modest £99.

The main update to this unit from its predecessor is wider compatibility. The previous Ray Flash initially worked only with Nikon and Canon, requiring customisation to fit anything else. The new Universal Adapter works with a much wider range of products. For a complete compatibility list, visit the Ray Flash site. 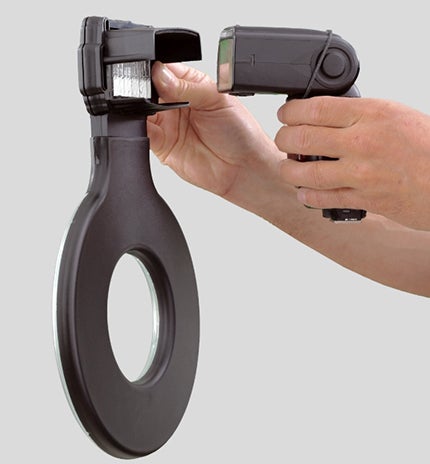 Image: Attaching a flashgun into the adapter is very simple, as shown

The increased compatibility means that the Ringflash Adapter needs to work with camera bodies of differing sizes, and as such two differently sized versions have been produced. Short and long necked versions are available, and both can have their height adjusted further for minor variations in camera body size. 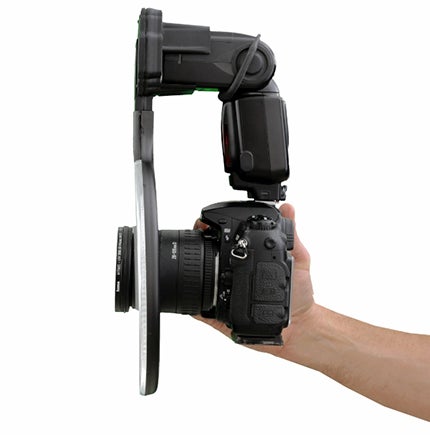 Image: Side view of the Ringflash adapter attached to a DSLR