The Pentax Q is the worldu2019s smallest compact system camera. WDC got a few minutes of one to one time with a pre-production sample. Nigel Atherton shares his first impressions

The Pentax Q has taken a different approach to compact system cameras than its competitors. For start it incorporates a compact camera sensor rather than a DSLR one. This means the image quality won’t be as good, but it does mean that the camera, and crucially the lenses, can be significantly smaller, putting the emphasis on the ‘compact’. Watch our video to find out more about it…

In 1978 Pentax introduced the tiny Auto 110, the world’s smallest interchangeable lens camera, with a range of tiny lenses and even a motordrive. It looked like an Action Man accessory but was a fully functioning SLR camera. Despite using the quite awful 110 film format it became a cult classic. I’ve been saying for a long time that Pentax should do a digital version, because the digital technology available today would make it possible to produce a camera with far superior image quality.

The Pentax Q doesn’t look much like the Auto 110 but it does have much in common, philosophically if not visually. Unlike other Compact System Cameras (CSCs), which use a DSLR sized sensor, the Pentax Q uses a 1 /2.3″ compact camera sensor (a 12.4MP back-illuminated CMOS believed to have been produced by Sony, and apparently not currently used in any other camera) so realistically the image quality is going to be comparable to a compact rather than a DSLR. But ultimate image quality is not the objective here – Pentax is putting the emphasis on portability. 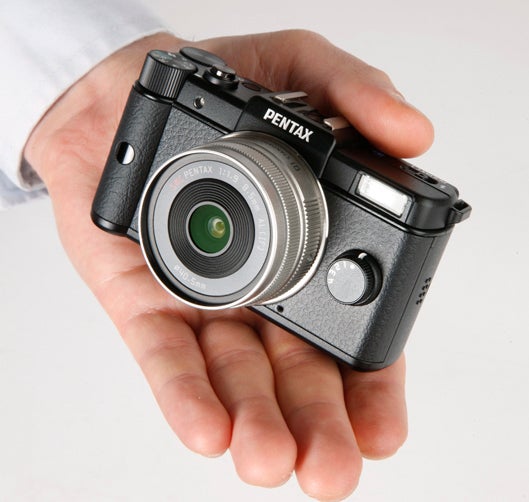 The body of the Pentax Q itself is clearly smaller than the next smallest CSCs, the Sony NEX C3 or Panasonic GF3, but not as small as the difference in sensor size may lead you to expect. (The 6.1×4.5mm sensor in the Q is 1/13th the size of the one in the C3 and 1/8th that of the Micro Four Thirds sensor in the GF3.) This is presumably because it was felt that if the camera was smaller it would make handling difficult. If this is so then it’s a little disappointing that the sensor Pentax has used is not even the largest available compact camera sensor – the chips used in cameras like the Canon G12 and Olympus XZ1/Panasonic LX5 are notably bigger (7.4×5.5mm and 7.8×5.8mm respectively). Surely if Sony can squeeze a 23.4×15.6mm sensor into the NEX C3 Pentax could have shoe-horned an LX5 sized sensor into the Q.

The big saving, in terms of bulk, that the Q makes over its rivals is in the lenses, which are much, much smaller than anything produced by Sony, Panasonic, Olympus or Samsung. One of the criticisms of CSC cameras, and the Sony NEX in particular, is that although the bodies may be small the lenses are not – thus cancelling out much of the point of owning a CSC over a DSLR in the first place. We’ve only seen the 47mm (equivalent) f/1.9 prime lens so far, but it really is very small. You could easily fit the camera plus three or four lenses into a blazer pocket – not that we’d recommend doing that and having them all clanking against each other!

The Q may be small but it’s certainly no toy. The body is magnesium alloy and the buttons are solid metal. As you may expect from Pentax it feels more like a photographer’s tool than an electronic gadget. There’s a hotshoe for external flash and it can shoot raw. Features such as the 5 frames per second burst mode, 1/8000sec min shutter speed, 25-point AF system and sensor based shake reduction set it above the spec you’d get in your average similarly sized compact. The design is old fashioned to the point where, from the front, you could believe it pre-dates the Auto 110, although of course retro design is also very current. The fast 47mm equivalent f/1.9 prime lens is a useful optic that harks back to the old days of standard lenses on 35mm SLRs.

The customisable quick dial on the front is a nice touch, and the Blur Control mode, which simulates the shallow depth of field that the Q could never achieve for real thanks to its tiny sensor, is a nice idea though it didn’t work very well on the camera we were using. Hopefully that’s just an issue with this particular sample.

In summary I enjoyed using the Pentax Q. The pre-production sample we used was a little glitchy – it didn’t always find focus, and the exposures were a bit inconsistent, especially when the ISO was altered (see samples below) but I’d hope that these issues will be ironed out before the Q hits the shops in the next few weeks.

There has been a lot of online criticism of the Pentax Q ‘s concept, in particular regarding the use of a smaller sensor, but many of these critics entirely miss the point. Of course the image quality will not be as good as a camera with a DSLR sensor, but final image quality is not the be all and end all for everyone. It just has to be ‘good enough’. Millions of people use compact cameras and are delighted with the results they get. Many would like to experience the creativity and fun of playing with interchangeable lenses, but don’t want the huge increase in bulk that comes with even existing compact system cameras once you factor in some of those zoom lenses. As with every other camera, few of the pictures that will be taken on the Q will ever be blown up even to A4 size, so as long as the image quality is at least as good as their existing compact they will be happy. Judging by our initial samples there’s every indication that it will, though as with most compacts the high ISO shots are very noisy.

With an RRP of £599 with the fast prime is comparable in price to it’s CSC rivals, while the twin lens kit, which also includes a 28-80mm equivalent zoom (which we haven’t seen yet) would seem to be the best value deal at £729. Of the other lenses that have been announced the 35mm and 100mm manual focus ‘toy’ lenses seem an inexpensive way to experiment with lenses, at just £129 each, and there’s also a 17.5mm fisheye on the way too.

We look forward to getting our hands on a final review sample within the next few weeks and looking in much more detail at the performance and image quality.

ISO Comparison
(NB: This is a pre-production sample and final image quality may change) 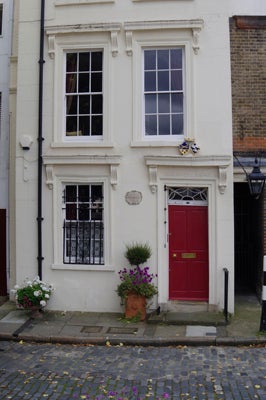 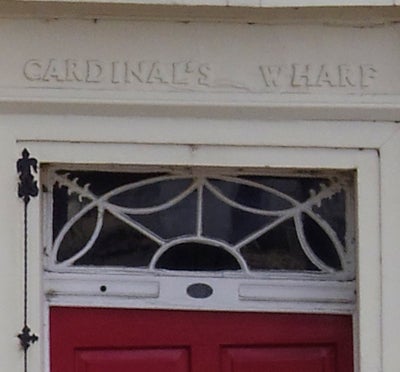 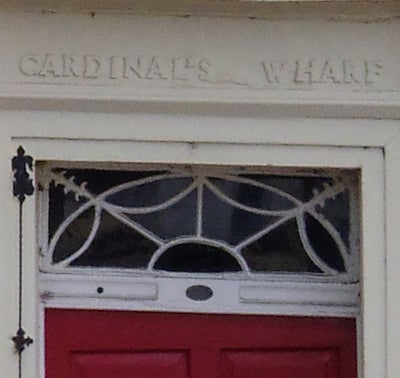 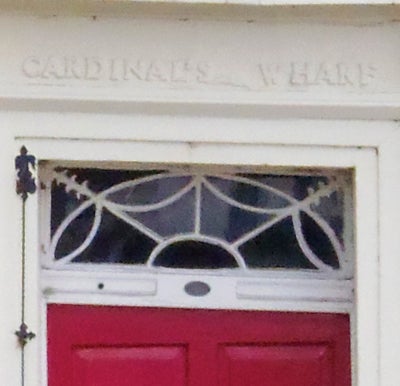 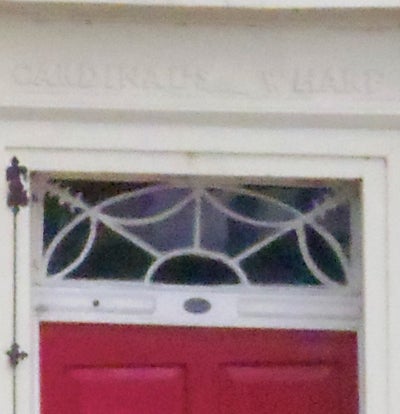 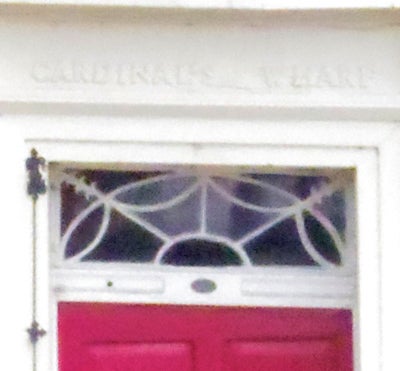