Fujifilm may be onto another sensor innovation with its latest patent, which features varying pixel sizes

Fuji’s diagram of its sensor pattern. Image coloured by YourNewsTicker

Fujifilm has published a patent filed in June 2012 for a sensor design with a unique layout, using green and clear rectangular pixels that are larger than the blue and red pixels behind them.

The notion here is basically to swap some extra colour noise for a decrease in luminance noise, the thinking being that the human eye is significantly less sensitive to luminance noise.

Fujifilm has a history with turning sensor design on its head. The X-Trans sensors that feature in all its X-series cameras use an irregular colour array, as opposed to the ‘Bayer’ repeating grid used on most sensors. 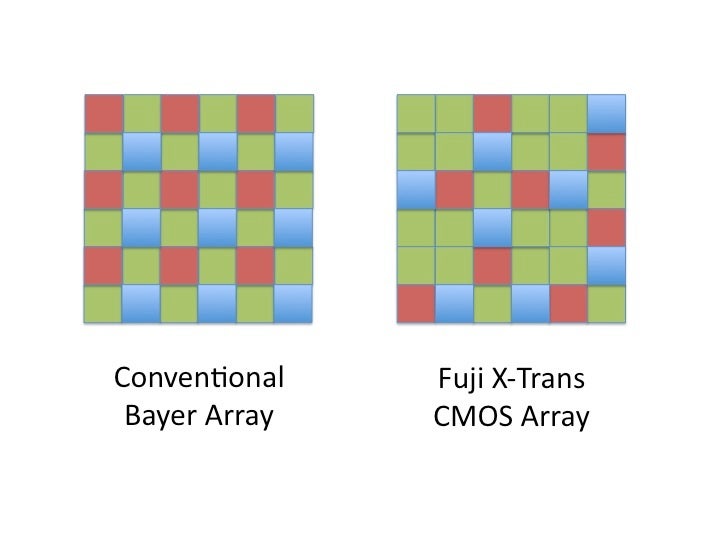 A comparison of Fujifilm’s X-Trans sensor with a conventional Bayer array. Image by Chromasoft

Remember this is, for now, just a patent. We’ll have to wait to see if and when it appears on any of Fuji’s future cameras.