Flickr has revamped its iOS app with the aim of creating a new, streamlined photo-taking experience

Image: The working screen of the new Flickr app, allowing the user to add tilt-shift effects to an image

Flickr has joined forces with KitCam and GhostBird to completely revamp its iPhone app with a new in-app camera that provides customisable filters and photo editing.

Live Filters allow the user to compose the look of a photo while taking it. Options available include composition grids, focus lock and exposure points, and new preview tiles give an accurate assessment of what the final product will look like.

Post-capture photo editing is also possible in the app, with a magic wand tool included. Filters can be further customised and the app allows the user to adjust levels, crop, sharpen, colour balance and more. 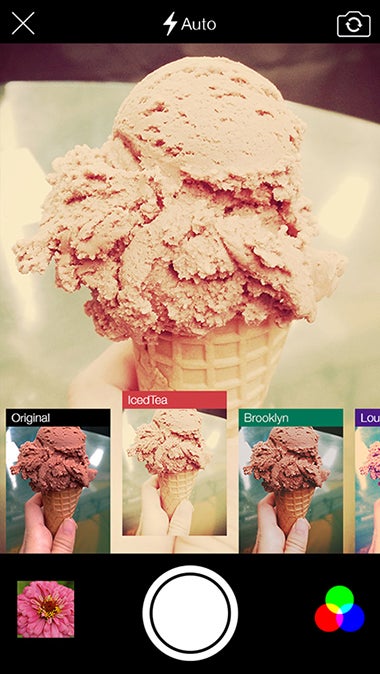 Image: The app alows you to play with filters both before and after capturing a shot

On the announcement blog on Yahoo’s tumblr, Markus Spiering, Flickr’s Head of Product, invites users to ‘meet your new camera’. Given that the iPhone 5 is the most popular camera used on Flickr, the site is no doubt hoping that the new app will become the standard tool of choice for Flickr and iPhone 5 users.

You can download the Flickr iPhone app on the iTunes store now to try it for yourself.