An unidentified Canon DSLR has been spotted in the wilds of Kenya. Could this be the Canon EOS 5D Mk3? 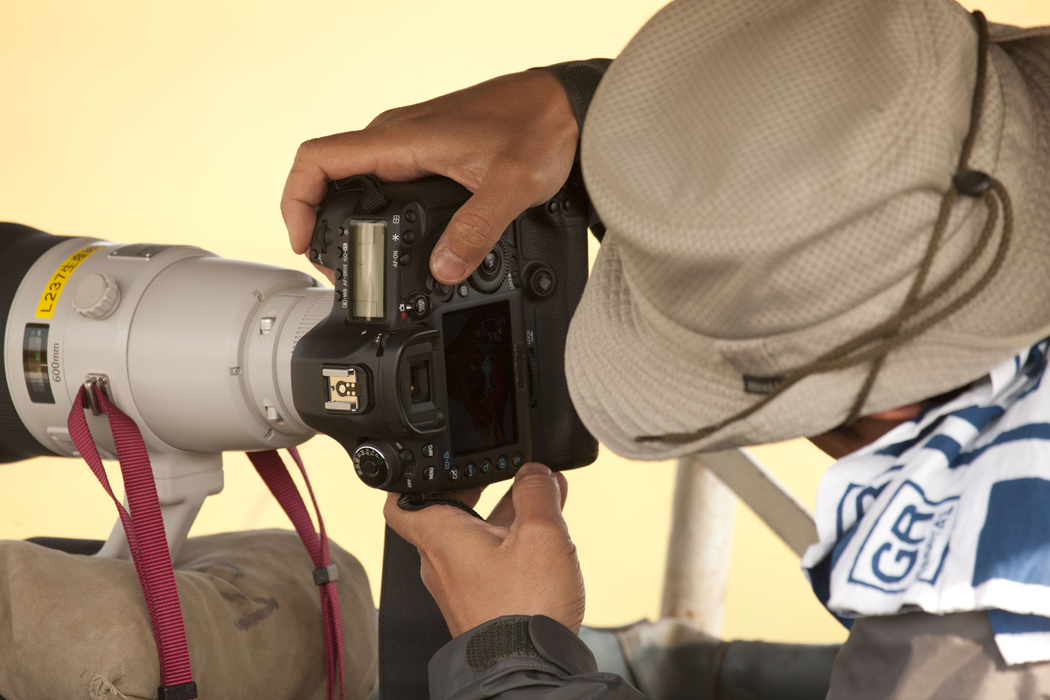 A replacement for the awesome Canon EOS 5D Mk II has been subject of some intense speculation over the past few months. The rumours have really intensified over the last few days since an unidentified Canon DSLR has been spotted in the wilds of Kenya that might be a Canon EOS 5D Mk3. Although the body has yet to be positively identified, what’s sure is that it’s different to any current high-end Canon DSLR. Could this be the Canon EOS 5D Mk3?

Photographer Stephen Oachs was in Kenya on a shoot when he bumped in to a Japanese man shooting with a Canon he didn’t recognise – the battery grip seemed to be sporting a joystick, the ‘Q’ button had swapped sides as opposed to where it is on the 7D and a ‘rate’ button seems to have appeared. If you head on over to his blog so you can judge what the camera might be for yourself!