All images by Jon Smith: www.flickr.com/photos/weiphotography/

We love these images – high speed photography of exploding light bulbs, captured at the split-second of their demise.

They’re
the work of photographer Jon Smith, from Indiana USA, who fills the
bulbs with materials like paints, dice, even bottle caps and then
captures the precise moment at which he spectacularly destroys them with a
pellet gun. 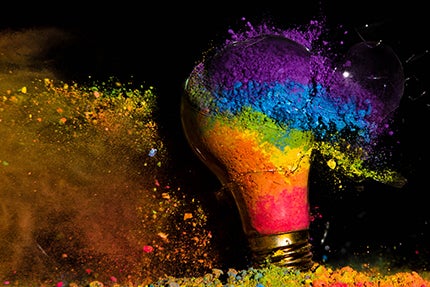 As
Jon explains it: ‘There is a certain unpredictability with high speed
photography that I’m drawn to. It allows you to capture the unseen, the
transition between before and after. It shows the beauty in destruction.
Sure, it starts out as a normal light bulb and ends as a pile of broken
glass, but for just a split second, it’s something beautiful – and to
capture that is wonderful. 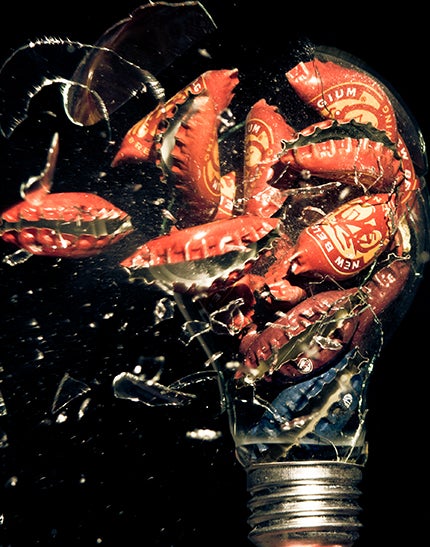 Capturing
these images is all a matter of timing and precise triggering. As Jon
uses a pellet gun to break the light bulbs, he cleverly hit upon the
idea of a sound-triggered flash. He gave us a look at his setup: 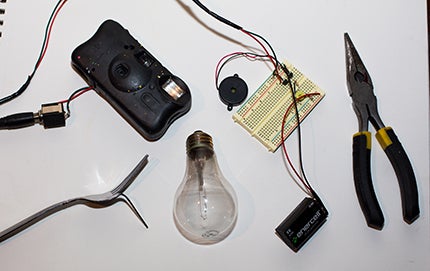 An old disposable camera serves as the flash, and a trigger from high-speed DIY specialists Hiviz activates it. ‘When I shoot the gun, the sound triggers the flash and freezes the bulb in mid-break,’ he tells us.

Jon
uses a shutter speed of 2.5secs, with a delay of 10secs to give him
time to move into position, switch off the lights, and line up his shot. 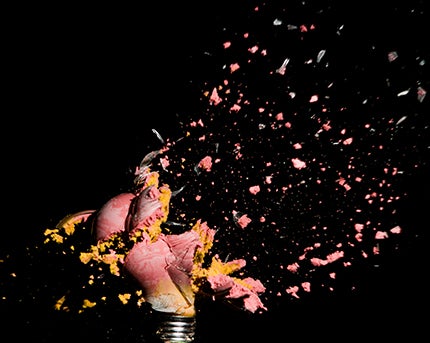 Using
the right kit is vitally important with precise images such as Jon’s,
and fortunately his choices of equipment reveal him to be a man of taste
and distinction (at least by WDC standards).

The
majority of Jon’s high-speed images were taken with a Canon 7D, a solid
workhorse camera from 2009 upon which Mat Gallagher bestowed an
impressive score of 94%. 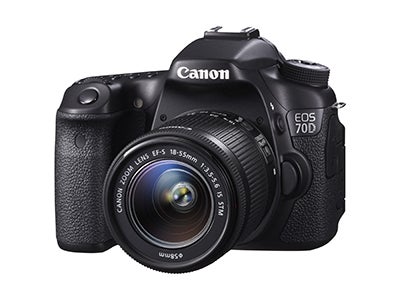 Image: Though Jon has since upgraded to a 5D Mk. III, these images were shot on the 70D, a great camera.

Jon’s
lens of choice is the Tamron 70-200 f/2.8 macro. Though our Jon Tarrant
gave it a score of 89% in February this year, praising its ‘distinctive, friendly feel’, he
did warn that it was the kind of lens that ‘you are likely to either
love or hate’.

Though
our review drew attention to the lens’s lack of Image Stabilisation, since
Jon is operating on a tripod he simply doesn’t need it. When
Jon needs a little more distance from the light bulb, he employs the
Tamron SP Pro 2x Extender – probably a wise precaution! 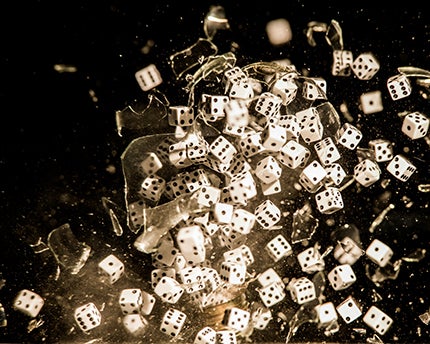 Jon has plenty more of these fantstic images on his Flickr page – stroll over and take a look.