Adobe has issued a statement to those concerned by Adobe's Creative Cloud subscription model, stressing there's no going back

Adobe has posted a statement on its Adobe Creative Cloud Team blog, updating its users on the feedback they’ve received following the bold move to announce a pay-as-you-go subscription service for its products in the future.

In the update, Adobe admit to receiving concerns about the move to Adobe Creative Cloud and have made it public knowledge there are three main themes coming through from those who object to the new Creative Cloud subscription model. Some of the main concerns have been in regard to file access, with some customers wanting to be sure that if their membership to Creative Cloud lapses; they will still have access to their files.

With regards to file access, Adobe completely agrees that customers
should have access to their files if they choose to stop their Creative
Cloud membership. Adobe says ‘our job is to delight our customers with
innovation, but there are a number of options open to us here and we
expect to have news around this issue shortly.’

Other concerns have come from photographers, particularly photo-enthusiasts, who are looking for a more tailored offering that focuses on their particular needs. Some customers have also made it known that Creative Cloud is not the right for them and they’d prefer to purchase desktop applications or boxed copies as before.

Adobe has been fast to respond to concerns and criticisms of the new subscription model by claiming that the company believes that the move to Adobe Creative Cloud will benefit the wider creative community because of the constant stream of innovation that they’re able to deliver.

Adobe go on to say ‘ Adobe Creative Cloud also allows us to explore new areas in mobile apps, helping you to collaborate better and build a meaningful worldwide community to share work and find inspiration. Because of this we have no plans to change our focus on Creative Cloud. We understand this is a big change for customers who are not yet ready to move, we will continue to offer CS6 products through our reseller partners and Adobe.com.’ 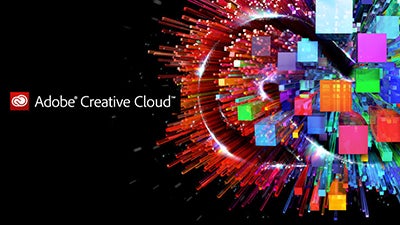 Adobe has also said that they’re looking at potential offerings that recognize the photography community because it is so broad and has some unique needs.

This latest news suggests there’s no intention from Adobe to rethink its Adobe Creative Cloud subscription model and despite the criticism and loud voices from those who object to the idea, it’s the way the company sees itself moving forward in the future and there’s no going back.

To find out how much Photoshop and the full Creative Cloud subscription will cost you, head to our Creative Cloud news story. Alternatively, read the statement as posted on Adobe’s blog by heading to http://blogs.adobe.com/creativecloud/our-move-to-creative-cloud-an-update/