Everyone’s used long exposures to create traffic trails or smooth, milky water, but there are a lot of other creative things photographers around the web are doing by leaving their shutters open that little bit longer. Here are a few we found:

1. Being creative with fireworks 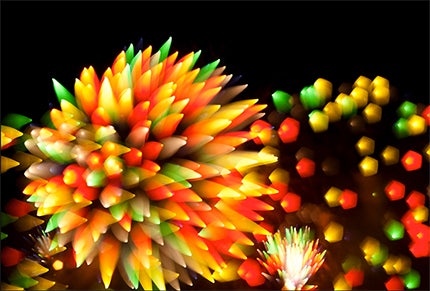 Fireworks always feel like a great photographic opportunity, but it’s sometimes difficult to get an image that everyone hasn’t seen before. David Johnson tried a slightly longer exposure and was rewarded with this intriguing flowering effect. You can see more examples on his website, and especially worth checking out is his impressive list of gear, which includes the Canon EOS 20D, 7D and 5D Mark II. 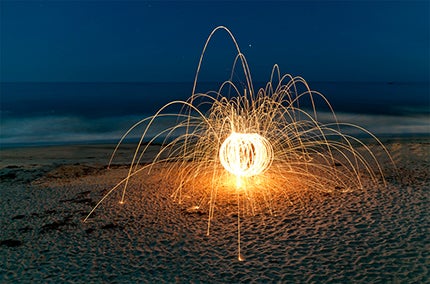 Here’s something a little more DIY, though it’s best done outside and well away from anything flammable. Evan of PhotoExtremist provides tutorials on how to create fantastic images by setting fire to steel wool, both on his site and on YouTube. The above was captured with a thirty second exposure on a Nikon D300S. Photographer Miles Morgan here capitalised on an exceptional opportunity. Once a year, the operators of the Pigeon Point lighthouse in California swap out their modern light for an old Fresnel lens, allowing photographers to capture the spectacular beams. A thirty-second exposure worked nicely here to create a fantastic image. Shot on a Canon EOS 5D Mark II. 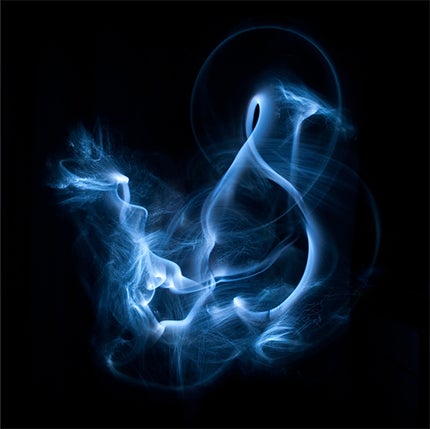 Photographer Lucas Janin created this atmospheric, smoky-looking image with a Nikon D700 (see our review) and a fibre-optic ball light from IKEA (we don’t review those). He set the camera on a tripod in a darkened room and set it to take several long exposures while he manipulated the light. Lucas has made plenty more interesting photographic experiments, which you can see at his photographic portfolio.


5. Photographing the Earth from space 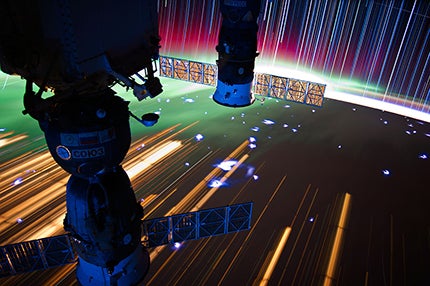 Okay, fine, we admit that this probably isn’t one you’ll be able to try yourself. Still, we think astronaut Don Pettit’s long exposures of the rolling sky as seen from space are pretty incredible – look at the long trails left by cities, and the little flashes caused by thunderstorms. You can see the whole set he took last year on the official Flickr page.