Within the sphere of wildlife photography, 56-year-old Steve Bloom has few peers. After five best-selling and critically acclaimed books and an international series of exhibitions, much of his work has become instantly recognisable. But how did he get to where he is now? We caught up with Steve to ask him. 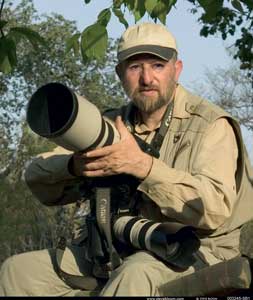 Born and raised in South Africa, Steve’s first ‘proper’ camera was a Canon FTB he bought while in his twenties during the 1970s. Although he didn’t have the opportunity to study photography formally, he used this to teach himself the basics by photographing the divided society around him.

In 1977 Steve moved to Britain where he took up work with a printing company before jointly setting up his own photo-retouching studio a few years later. ‘Our studio was one of the first to embrace computer technology; however, my own photography took a back seat. I had a Canon A1 by now, but for several years it sat around gathering dust.’

However, all that was to change. ‘In 1993 I hired a Canon EOS 1 and went on safari in South Africa to do some wildlife photography. Theexperience was a bit like waking up after a long sleep – I was completely and utterly bowled over by the whole idea of doing wildlife photography for a living.

‘When I returned to the UK I submitted some of the images I’d taken to the Planet Earth picture library. They put them in what was the first-ever stock catalogue of wildlife imagery where they immediately started to sell. That gave me the incentive to change careers.’

Steve’s first major decision was what to choose for his first major photographic study. The inspiration, as he explains, came from a visit to his local zoo. ‘My first book, In Praise of Primates, was inspired by seeing a gorilla in captivity – something that inspired me to try to photograph them in their natural habitat. The project took two years to complete and the resulting book was published in 1998 in 10 languages, going on to sell nearly a quarter of a million copies. At that point I thought that I should perhaps travel around the world and photograph other animals.

‘My second book, Untamed, was published in 2004, again in 10 languages. After this I started work on producing photos that could be used in huge outdoor exhibitions. The first one was in Birmingham and ran for 11 months – it was very well received. In total we had nine exhibitions and are currently putting the finishing touches to another in Spain.

’Spirit of the Wild, my third book, was inspired by quotations from the likes of Mahatma Gandhi and Charles Lindberg, coupling pictures from the wild with their words. I’ve also produced a book called Elephant! and a couple of children’s books. I’ve always had a passion for elephants and managed to photograph them from the air and underwater, which is a great challenge.

‘After Elephant! I felt that I really needed to get back to photographing people, as I had done many years before in South Africa. This led to my most recent book, Living Africa, which was published last year. Africa is such a vast and diverse continent and I wanted to celebrate this by capturing everything from the fishermen in Senegal to the elaborate ceremonies of the Woodabe tribespeople.’

Although travelling the world to photograph wildlife might sound exciting and glamorous, it also has the potential to put the photographer in a great deal of personal danger, especially when he or she isn’t familiar with their surroundings or subjects. For this reason, Steve always travels with local guides who are able to help keep him safe – not only from the wildlife he’s there to photograph, but also the people, whose customs, land and property need to be respected at all times.

‘I always have a local guide with me,’ Steve explains. ‘It is very difficult to go in as an outsider and you need people to facilitate things. There was one incident in Ethiopia when we were in a taxi and the driver knocked over a goat then carried on without stopping. The herdsmen didn’t have mobiles but they could shout and before long we found ourselves confronted by a roadblock. They were very angry but the guide knew just how to handle the situation, paid the herdsmen off and calmed everyone down.

‘Also, one of the biggest dangers of photography is that when holding a camera in front of your face, the sensation is much the same as when you’re behind the windscreen of a car – you’re sometimes lulled into a false sense of security. I always try to have someone with me to act as a second set of eyes, someone with the required knowledge of the animal I am photographing.

‘You also need to understand how your own behaviour affects your subjects. When you are photographing brown bears, for example, you can’t creep up on them because they don’t like being surprised and will get angry. You need to talk loudly so that they know you are there. Other animals though, zebras for instance, are frightened by loud noises and will run away if you make any.’ 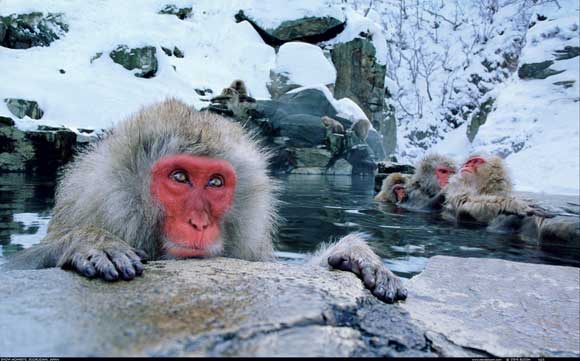 Racking Up the Air Miles

As Steve has traversed the globe to photograph his subjects in their natural environment, we feel obliged to ask if he has a favourite location or favourite animal he likes to shoot.

‘They are all special in different ways,’ he replies. ‘I love different places for different reasons. Antarctica, for example, gives you a wonderful sense of how small we are in the universe. Then you go somewhere like India with all its colour and vibrancy and you see a very rare, wild tiger, and this gives you both a sense of how wonderful the Earth is and how important it is that we preserve it.

‘And of course I love returning to Africa. I love seeing the big game and the elephants in the water – I could watch them all day.’

And what exactly is it that Steve is looking to capture when he has a swimming elephant, a preening orangutan or perhaps even a dancing Verreaux’s sifaka in his viewfinder? What makes the difference between a good shot and a great shot?

‘I am driven by aesthetics,’ he says. ‘That is, by the compulsion to try to penetrate the emotional core of what it is I’m photographing, and to attach meaning to the experience in much the same way that an artist or musician might. Of course, to do this you have to be able to use your equipment so well that operating it becomes part of your subconscious. When you can use your  Brown bears don’t like being surprised, so you can’t creep up on them equipment instinctively like this then you are free to concentrate on the emotional side of what you are photographing.’